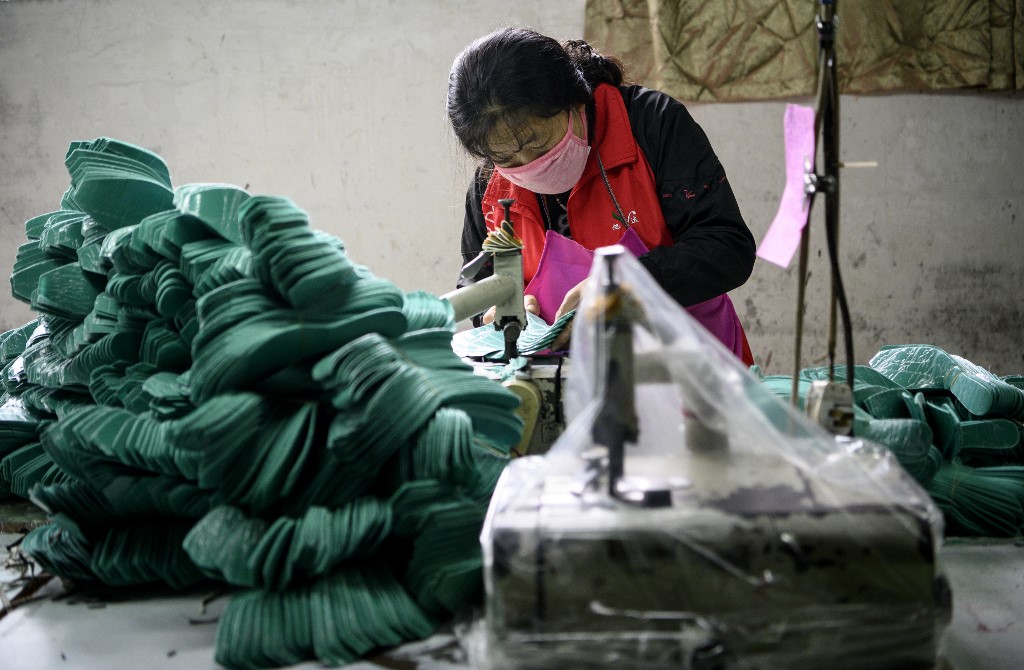 BEIJING, China – China’s manufacturing activity fell to its lowest level on record in February as official data on Saturday, February 29, confirmed the massive damage the deadly coronavirus epidemic has caused to the world’s second largest economy.

The announcement comes as the epidemic has rapidly spread to a growing number of countries, pushing stock markets to their lowest levels since the 2008 global financial crisis this week over fears that the coronavirus could wreak havoc on the world economy.

Analysts have warned that China’s economic growth will likely take a major hit in the 1st quarter, and Saturday’s data was the first glimpse at the devastation the virus has caused to industries across the country.

The Purchasing Managers’ Index (PMI), a key gauge of activity in China’s factories, was at 35.7 points in February, well below the 50-point mark that separates growth and contraction every month.

This was down from 50 points in January and the worst level since China began recording the figure in 2005.

It was also nowhere near expectations of a smaller contraction, at 45, according to a Bloomberg poll of analysts.

It was the first official economic indicator published for the month of February, showing the crushing impact of the epidemic on China’s economy – with fallout likely to be seen around the world.

The National Bureau of Statistics (NBS) said the auto and specialized equipment industries were hit hard, but the effect was “more severe” in the non-manufacturing area.

“There was a plunge in demand for consumer industries involving gatherings of people, such as transportation, accommodation, catering, tourism, and resident services,” the NBS said in a statement.

Non-manufacturing activity was at an abysmal 29.6 points in February, down from 54.1 points in January.

“The reality could be worse due to a big distortion to the manufacturing PMI data,” Lu Ting, chief China economist at Nomura, said in a research note.

He estimated the February manufacturing PMI to be even lower at 33 because of supply disruptions caused by travel bans.

Authorities have taken drastic steps to contain the virus, curbing the movement of people, temporarily closing factories across the country, and quarantining central Hubei province, a key industrial region where the epidemic first appeared.

The government has encouraged companies to progressively return to work as the number of new cases has been generally dropping in the past 10 days.

Small and medium companies are the worst hit. Only 43% of small- and medium-sized manufacturers have reopened as of February 26, China’s Ministry of Industry and Information Technology said Thursday, February 27.

“China is running on 20% capacity. So not a surprise, and will set the lowest point for the year,” said Hong Hao, head of research and chief strategist at Bocom International.

“The question now is how fast or how safe can people return to work. But a March improvement is likely.”

The Chinese economy is expected to contract by 2% compared with the previous quarter, Raymond Yeung, chief China economist at ANZ Research, said in a note.

China’s gross domestic product growth rate this year will cool to 4.1%, down from 6.1% last year, in the absence of a government stimulus, Yeung said.

“The government has targeted aid to affected sectors and enterprises, rather than using stimulus,” he said.

“Given the reluctant policy response, China is unlikely to repeat the post-financial crisis scenario when the authorities dumped a 4-trillion-yuan stimulus package.” – Rappler.com