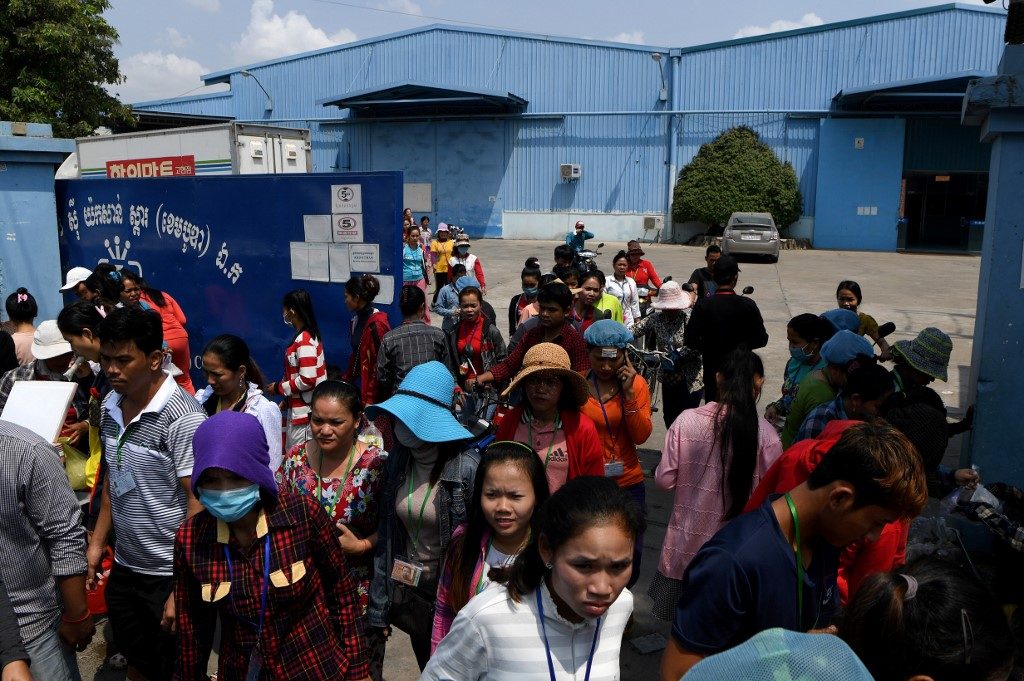 Facebook Twitter Copy URL
Copied
The garment industries in Cambodia and Vietnam, which are reliant on China for more than half of their raw materials, are feeling the impact of the novel coronavirus outbreak

The death toll from the virus, which emerged from Wuhan in central China, has reached over 3,000 worldwide – the bulk of the fatalities in the mainland.

Beijing issued unprecedented lockdowns for cities and provinces most affected, bringing to a shuddering halt the so-called “Factory of the World” – key to a global supply chain.

Cambodia is already feeling the sting with its $7-billion-dollar garment sector reliant on China for 60% of its raw materials.

But the full impact of the coronavirus is expected to hit in March, when nearly 200 factories are expected to run out of their reserve inventory of materials.

A labor ministry official told Agence France-Presse (AFP) on Monday the country is expected to receive “some” by the end of March, though it would not meet its full demand.

“Factories no longer have cloth coming in, so workers are concerned about their jobs,” she told AFP.

Like Cambodia, the country’s industry is reliant on China for 60% of fabrics to fuel its clothing production lines according to the Vietnam Textile and Apparel Association (VITAS).

So far, its garment exports dropped 1.7% to $4.5 billion dollars in the first two months of this year.

But exporters of finished products to China are also feeling the heat as container trucks slow to a crawl at the border.

In northern Lang Son, rows of trucks wait hours – or even days – to bring their goods through the main international crossing.

A shortage of Chinese labor means unloading operations, previously completed in just over an hour, can now take an entire day.

“We can do nothing but wait.” – Rappler.com