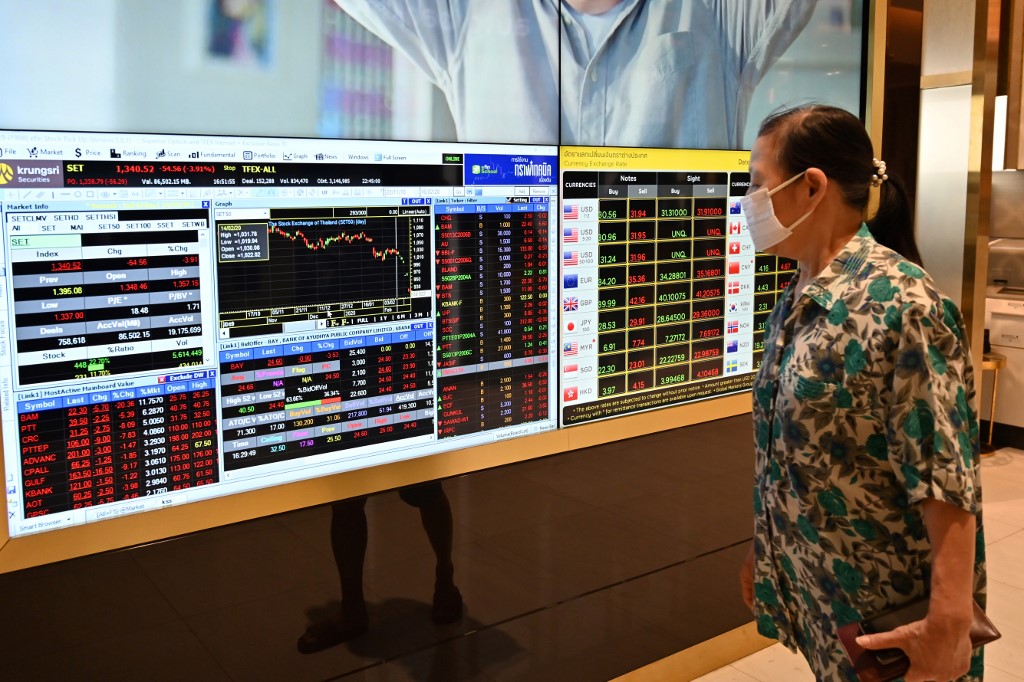 PARIS, France – Governments and central banks on Monday, March 2, stepped up efforts to shield the world economy from the impact of the coronavirus which experts say may have already sent growth into reverse.

United States Federal Reserve boss Jerome Powell started the effort to calm markets on Friday, February 28, saying the US central bank “will use our tools and act as appropriate to support the economy.”

On Monday, the Bank of Japan said in a rare statement that it “will strive to provide ample liquidity and ensure stability in financial markets” after the disease infected nearly 90,000 people worldwide in 68 countries and caused more than 3,000 deaths.

The Bank of England said it was monitoring the situation and working closely with domestic “as well as our international partners to ensure all necessary steps are taken to protect financial and monetary stability.”

Governments, meanwhile, appeared to be moving to coordinating their economic efforts to combat economic disruptions caused by the coronavirus.

G7 and eurozone finance ministers will hold conference calls on Wednesday, March 4, to “coordinate their responses” to the impact of the coronavirus on the global economy, French Finance Minister Bruno Le Maire said Monday.

“We will have that meeting by phone – because you need to avoid traveling too much – for the G7 to coordinate its response,” Le Maire said on France 2 television.

He said a similar meeting of eurozone finance ministers would also be held on Wednesday, adding “there will be coordinated action.”

The Organisation for Economic Co-operation and Development (OECD) on Monday urged governments to “act swiftly and forcefully” to overcome the outbreak and take measures to protect the incomes of vulnerable social groups and businesses.

Governments could help by providing unemployment insurance for workers placed on unpaid leave and by covering virus-related health costs for all.

Measures that reduce or delay tax or debt payments or lower energy costs for firms in hard-hit regions and sectors should be considered, the OECD said, as well as temporary reductions in the level of reserves that banks are required to hold at the central bank.

The OECD on Monday also lowered its global gross domestic product forecast by half a percentage point to 2.4%, the lowest rate since the 2008-2009 financial crisis.

That forecast is based on the assumption that the epidemic peaks in China in the 1st quarter, and that outbreaks in other countries prove mild.

“In this event, global growth could drop to 1.5% in 2020, half the rate projected prior to the virus outbreak,” it said.

It said the global economy risked contracting in the 1st quarter of this year, and a top European Union (EU) official said it was possible Germany and Italy could slip into recession.

Efforts to contain the virus in China have entailed quarantines and work and travel restrictions that caused delays in restarting factories after the Lunar New Year holiday, as well as sharp cutbacks in service sector activities.

Several factories in other countries have already had to slow or shutter production due to a lack of parts from Chinese suppliers, and this problem is expected to grow in the coming weeks throughout the global economy.

The global travel and tourism sectors have already been hit hard, first by a reduction of travel to and from China, and now more broadly as companies scale back travel and cancel conventions. (READ: Bali prays as virus hits tourism on Island of the Gods)

EU Commissioner Thierry Breton said on Monday that the EU’s tourism sector had lost around a billion euros in the past month as tourists stayed away. – Rappler.com