Fed vs coronavirus: What can the U.S. central bank do?

Mar 3, 2020 10:00 AM PHT
Agence France-Presse
Facebook Twitter Copy URL
Copied
The United States Federal Reserve says it's prepared to cushion the economic impact of the novel coronavirus. Will it actually be able to help? 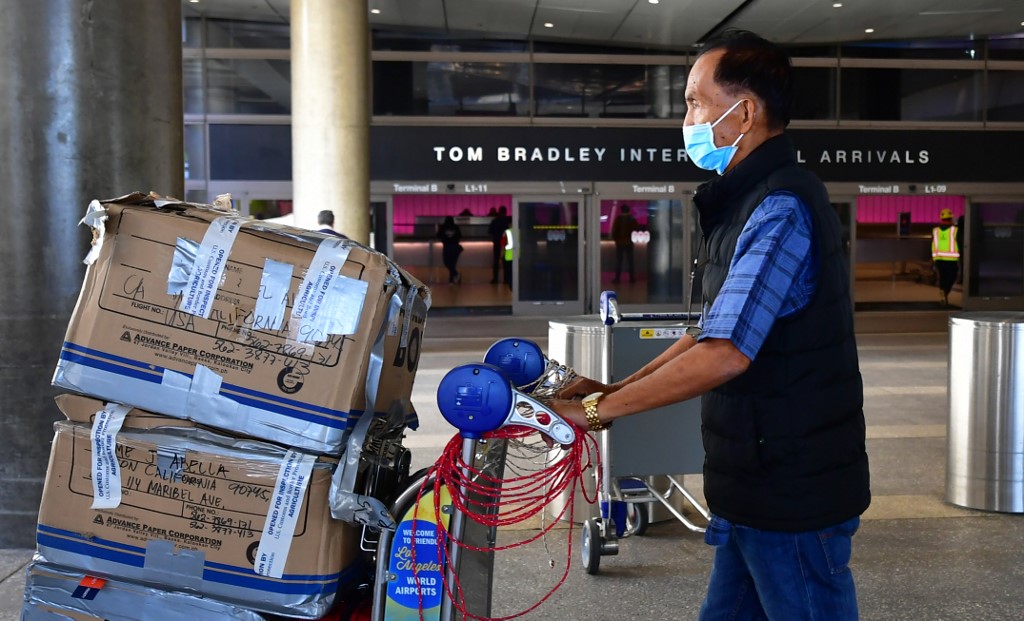 WASHINGTON, USA – Wall Street has tanked, some factories in China have shuttered, and businesses and investors fear the new coronavirus could damage the global economy and maybe even cause a recession.

The United States Federal Reserve says it’s ready to take action. What can it do, and will it actually benefit the economy?

In its worst week since the 2008 global financial crisis, Wall Street lost about 12% last week, and $3.5 trillion in equity value evaporated into the virus-infected air.

As the death toll climbs, investors seem particularly worried about the spread of the virus to more countries, with the hit to the economy coming at a moment when growth was already fragile.

The Federal Reserve is supposed to focus on the domestic economy, not worry about day-to-day stock movements. But in a crisis, markets look to the central bank for reassurance.

He acknowledged the coronavirus “poses evolving risks to economic activity,” and said the Fed is “closely monitoring developments.”

And the kicker: “We will use our tools and act as appropriate to support the economy.”

Investors read that as a promise to cut the benchmark interest rate, and stocks rallied on Monday, March 2.

“The Fed is trying to show the nation that it’s awake…and it will provide support for the economy as need be,” Alan Blinder, former vice chair of the central bank, said on CNBC.

The Fed’s traditional and most powerful tool to affect the economy is the federal funds rate, the benchmark used to determine the cost of all forms of lending from credit cards to home mortgages.

The Fed raises the rate when it wants to slow the economy and ward off inflation, and cuts when it wants to provide stimulus by making borrowing less expensive, boosting consumption and investment.

The Fed’s policy committee meets 8 times a year, and markets and most economists overwhelmingly expect US central bankers to vote to cut the key rate at their next meeting March 17-18.

The problem is the benchmark rate remains at a very low range of 1.5% to 1.75%, following 3 rate cuts last year.

Many economists warn another rate cut would be ineffective, since the virus is hitting supply rather than demand, and acting now will hamper the Fed’s ability to react to a downturn driven by a contraction in consumption, which drives two-thirds of the US economy.

“A cut in two weeks would be somewhat of a panic move as well” and “does nothing to change the economy facing a health crisis,” economist Joel Naroff told Agence France-Presse (AFP).

“Assuming that the epidemic passes…much if not most of the impediments to growth will pass as well, and the economy will be able to revive without any help.”

In dire circumstances, like at the height of the 2008 global financial crisis, policymakers will not wait for a scheduled meeting but hold a conference call to take emergency action.

That has the psychological effect of showing the Fed is responsive to events, but also can add fuel to inflamed fears.

And unlike in 2008, when the financial system seized up, the current epidemic has caused factories to be shuttered and transportation to grind to a halt.

So while a rate cut in this circumstance would be “modestly reassuring,” David Wilcox, a former Fed research director now with the Peterson Institute for International Economics, cautioned that there are limits.

“The tools available to the Fed are extraordinarily ill-suited for addressing the near-term aspects of the problem,” he told AFP. “No amount of rate cutting – and there isn’t room for much – is going to persuade local officials not to close schools…or manufacturers to reopen their plants.”

US President Donald Trump has made it clear, even before the outbreak, that he wants lower interest rates to juice the economy.

Asked if the Fed should act quickly in reaction to the coronavirus, Trump told reporters on Monday, “I think they should have had a meeting already.”

When the situation becomes extreme, such as in the 2008 global crisis, the Fed can inject liquidity into financial markets to ensure they continue to function. But that is unlikely to apply in this case.

Global central bankers and finance ministers also can join forces to coordinate their responses to make them more effective, through the G7 or G20.

The US Treasury said on Monday the G7 will hold exactly such a call on Tuesday, March 3, led by Powell and Treasury Secretary Steven Mnuchin.

France’s Finance Minister Bruno Le Maire said of the call: “There will be coordinated action.” – Rappler.com