Mar 4, 2020 8:10 AM PHT
Agence France-Presse
Facebook Twitter Copy URL
Copied
The large, highly unusual cut ahead of the next policy meeting reflects concerns that the novel coronavirus will hurt the US and global economies 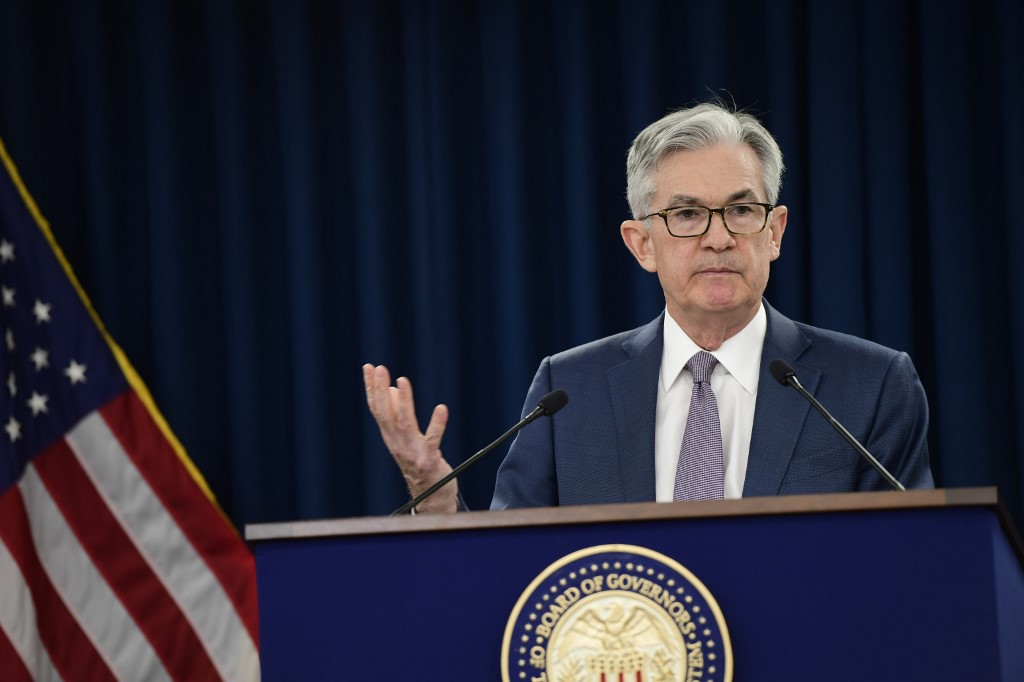 WASHINGTON, USA – The United States Federal Reserve announced an emergency rate cut Tuesday, March 3, responding to the growing economic risk posed by the coronavirus epidemic and giving President Donald Trump the stimulus he has called for.

In a unanimous decision, the Fed’s policy-setting committee slashed its key interest rate by a half point to a range of 1 to 1.25.

The large, highly unusual cut taken just 15 days before the next scheduled policy meeting reflected growing concerns that the spreading virus will take a bite out of the US and global economies, as supply chains linked to China, the epicenter of the outbreak, are shut down.

And the decision came just hours after the Group of Seven (G7) finance ministers and central bankers pledged to take action using “all appropriate policy tools” to respond to the virus.

“G7 finance ministers are ready to take actions, including fiscal measures where appropriate, to aid in the response to the virus and support the economy during this phase,” the group said after a conference call.

The cut was not enough for Trump, who tweeted the central bank “must further ease and, most importantly, come into line with other countries/competitors.”

“We are not playing on a level field. Not fair to USA. It is finally time for the Federal Reserve to LEAD. More easing and cutting!”

While US economic fundamentals “remain strong,” the “coronavirus poses evolving risks to economic activity,” the Federal Open Market Committee said in a statement.

The central bank “is closely monitoring developments and their implications for the economic outlook and will use its tools and act as appropriate to support the economy.”

The Fed has not made an inter-meeting rate cut since late 2008, during the global financial crisis.

Fed Chair Jerome Powell on Friday, February 28, issued a statement saying the central bank was ready to act, but decided a stronger move was needed as the virus spread.

Most of the world’s advanced economies – Britain, Canada, France, Germany, Italy, Japan and the United States – have very low or negative interest rates, so the Fed was perhaps best-placed to make a move.

“It was clearly agreed that central banks, at the very least, would take the lead in cutting rates: Australia cut today, Malaysia cut today, New Zealand and Indonesia yesterday, the Bank of Japan has sent some encouraging signs out there,” Karl Haeling of LBBW told Agence France-Presse.

But many economists are concerned that a rate cut will do little to deal with a crisis that affects production rather than consumption.

“The debate is clearly, will this do anything to directly affect the loss demand created by the coronavirus? And the answer is probably a no,” Haeling said.

Companies worldwide have been buffeted by actions taken by governments to stem the outbreak of coronavirus infections since they emerged in China, where entire cities have been locked down and factories shut.

Fears that the crisis will deepen sent global equity markets into a tailspin last week, though indices have recovered this week on expectations that officials would take action.

The outbreak has now killed more than 3,100 people and infected over 90,000 as it spreads around the world. – Rappler.com