Mar 5, 2020 10:15 PM PHT
Agence France-Presse
Facebook Twitter Copy URL
Copied
(UPDATED) The International Air Transport Association says the 'industry's prospects in much of the world have taken a dramatic turn for the worse' 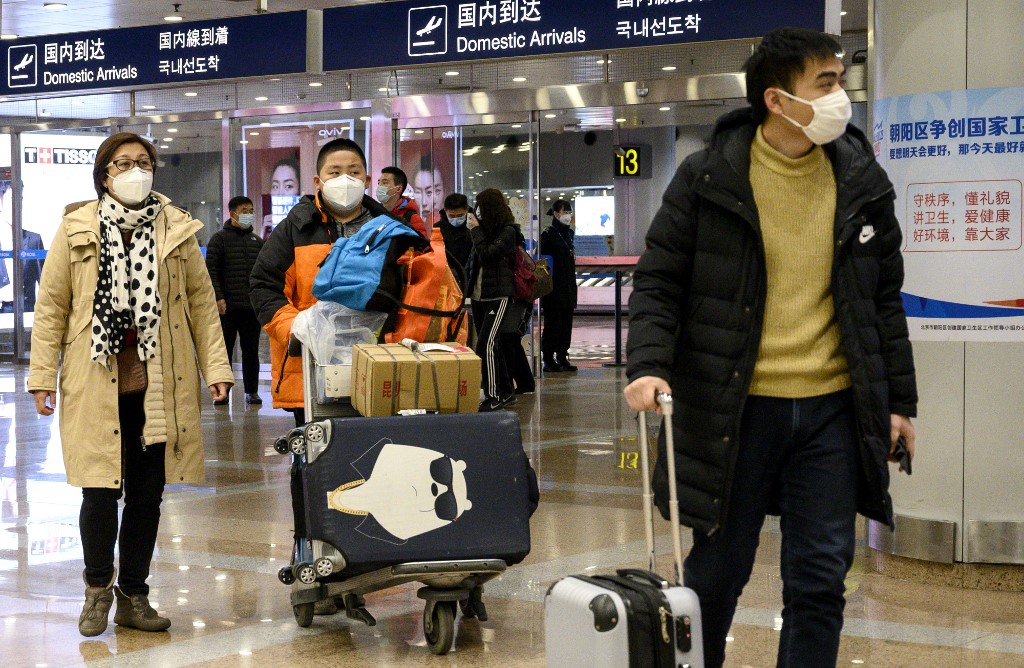 NEW YORK, USA (UPDATED) – Airlines face a revenue hit of up to $113 billion in 2020 due to the coronavirus, a trade group warned Thursday, March 5, as more consumers cancel trips due to the outbreak.

In a new assessment of the impact, the International Air Transport Association (IATA) estimated revenue losses to airlines’ passenger business of between $63 billion and $113 billion in 2020, potentially as grave as the 2008 financial crisis.

The bleak forecast came as British carrier Flybe collapsed into bankruptcy and as more carriers lowered forecasts while they ground planes and cancel flights.

The wide range in the IATA projection reflects uncertainty on whether the virus will continue to spread to new markets, with a broader outbreak cutting worldwide passenger revenues by 19%.

The IATA’s assessment was far bleaker than the $29.3-billion impact projected just two weeks ago when the outbreak was a China-centered problem.

The “industry’s prospects in much of the world have taken a dramatic turn for the worse,” said IATA head Alexandre de Juniac, and appealed to governments for support.

“Airlines are doing their best to stay afloat,” he said.

“As governments look to stimulus measures, the airline industry will need consideration for relief on taxes, charges, and slot allocation. These are extraordinary times.”

A plunge in oil prices caused by the virus could cut airlines’ fuel costs by up to $28 billion this year, which would provide some relief but would not have a significant impact, the body added.

More than 95,000 people have been infected and over 3,200 have died worldwide from the virus, which by Thursday had reached more than 80 countries and territories.

Risk of being quarantined

Carriers are grounding more planes, not only to the most affected regions, but as trade shows are canceled and many consumers avoid international travel entirely.

Speakers at a Washington aviation summit Thursday highlighted Italy as a country that has suddenly seen a steep drop-off in travel because of the virus. But consumers are also canceling trips out of fear they could be quarantined for 2 to 3 weeks if the virus spreads to their destination.

“The traveling public has taken the view that they don’t know enough,” William Franke, founder of Indigo Partners, an aviation-focused private equity firm, said at the US Chamber of Commerce’s aviation summit in Washington.

“The result is a lot of people are just staying home.”

David Short, a top aviation official at the US Department of Transportation, said travelers from virus-affected countries such as South Korea and Italy face enhanced pre-departure screening, including temperature checks and a health questionnaire.

Short said the drop in demand is due less to fear of contracting the illness on the plane, “but do I really want to travel to country X?”

In early February, the Trump administration barred entry of foreigners who have traveled to China within the last 14 days.

Shares of global airlines have fallen about 30% in 2020 as the virus has hit demand.

But it finally collapsed after the government reportedly refused a rescue loan for £100 million ($128 million).

Meanwhile, Southwest Airlines cut its 1st quarter revenue estimate by $200 million to $300 million due to the virus, an impact mitigated somewhat by lower jet fuel prices due to the drop in oil prices.

“In recent days, the company has experienced a significant decline in customer demand, as well as an increase in trip cancellations, which is assumed to be attributable to concerns relating to reported cases of COVID-19,” Southwest said. – Rappler.com