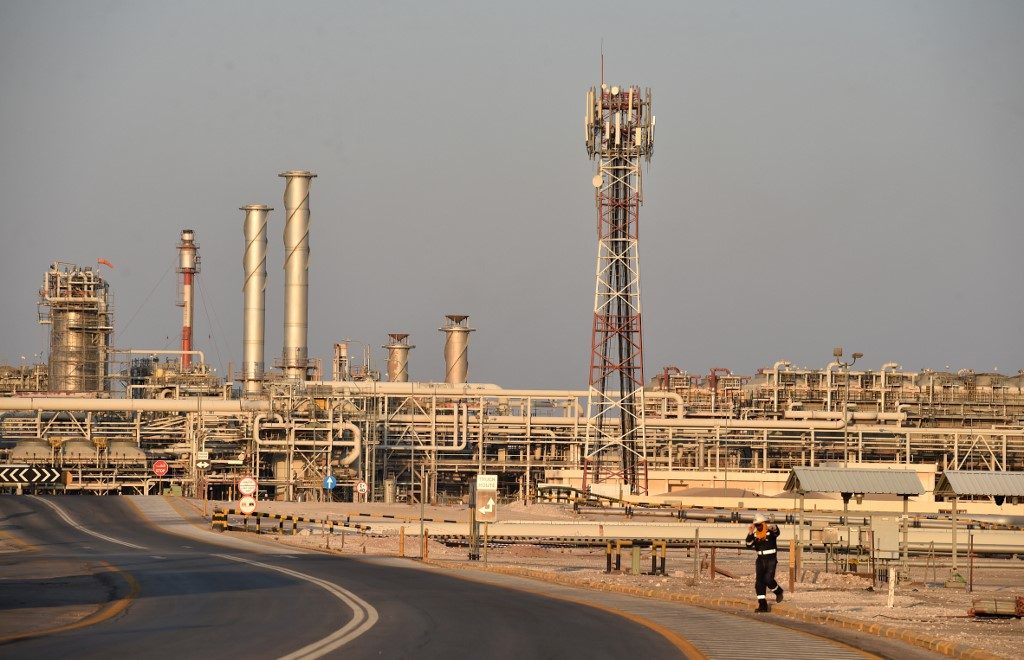 VIENNA, Austria – The Organization of the Petroleum Exporting Countries (OPEC) and its allies failed to reach a deal on oil production cuts on Friday, March 6, after Moscow refused to tighten supply to counter the effects of the coronavirus outbreak, sending oil prices tumbling.

The day before, OPEC ministers, led by Saudi Arabia, had recommended reducing output by 1.5 million barrels per day in the face of the global slowdown caused by the epidemic and the resulting fall in demand for oil.

Following hours of discussions, Russian Energy Minister Alexander Novak said that the talks between OPEC and OPEC+ had failed to bring about a deal.

“Regarding cuts in production, given today’s decision, from April 1, no one – neither OPEC countries nor OPEC+ countries – are obliged to lower production,” he told reporters after the meeting.

Most other ministers, including Saudi Arabia’s, left the meeting at the Vienna-based headquarters of OPEC stone-faced without comments.

“Today’s outcome is a psychological blow for the market, as the steep plunge in oil prices shows,” analyst Ann-Louise Hittle of Wood Mackenzie said.

OPEC’s Secretary General Mohammed Barkindo said all parties had decided to adjourn the meeting – “a general, painful decision” – although consultations would continue.

“We have some few knotty issues, but the norm is here to have everybody on board,” he told reporters.

“I believe that nobody in this group of countries would like us to relapse into the downturn that we went through 2014, 2015, 2016. They’re all conscious of that.”

According to the plan drawn up by OPEC on Thursday, March 5, OPEC+ would have taken on 500,000 barrels of the cuts running until the end of 2020.

The 23 producers have since early 2017 tried to support prices through production cuts, initially of the order of 1.2 million barrels per day.

In December, with abundant supply weighing on prices, they announced a further 500,000 barrel cut with Saudi Arabia adding a “voluntary” contribution of 400,000 barrels.

Russian officials had been quoted in recent days as being much cooler on the idea of big additional production cuts, saying that current price levels are satisfactory for Moscow and its budget planning.

The big players in Russia’s oil industry fear that an aggressive policy of output cuts will only lead to lost revenue and ceding market share to competitors, particularly the United States, the world’s No. 1 oil producer, with its booming shale oil sector.

“The Russians can live with $40 a barrel oil and it seems they are willing to stomach even lower prices in the short term to see the industry consolidate,” senior market analyst Edward Moya at the online broker Oanda said.

The Kpler energy analysis company on Thursday pointed out that Russia had increasingly been acting as “internal competitor” in the relatively new OPEC+ format, which itself has been thrown into question by Friday’s failure to reach consensus.

“In recent years, not only Russia has pledged fewer production cuts than Saudi Arabia…its compliance with the deal has also been minimal,” the company noted.

As well as grappling with the economic fallout from the coronavirus epidemic, delegations have been affected in a much more practical way at this meeting amid more than 50 confirmed cases of the virus in Austria.

Delegates have had their temperature tested on the way into the building and been advised to avoid handshakes. – Rappler.com