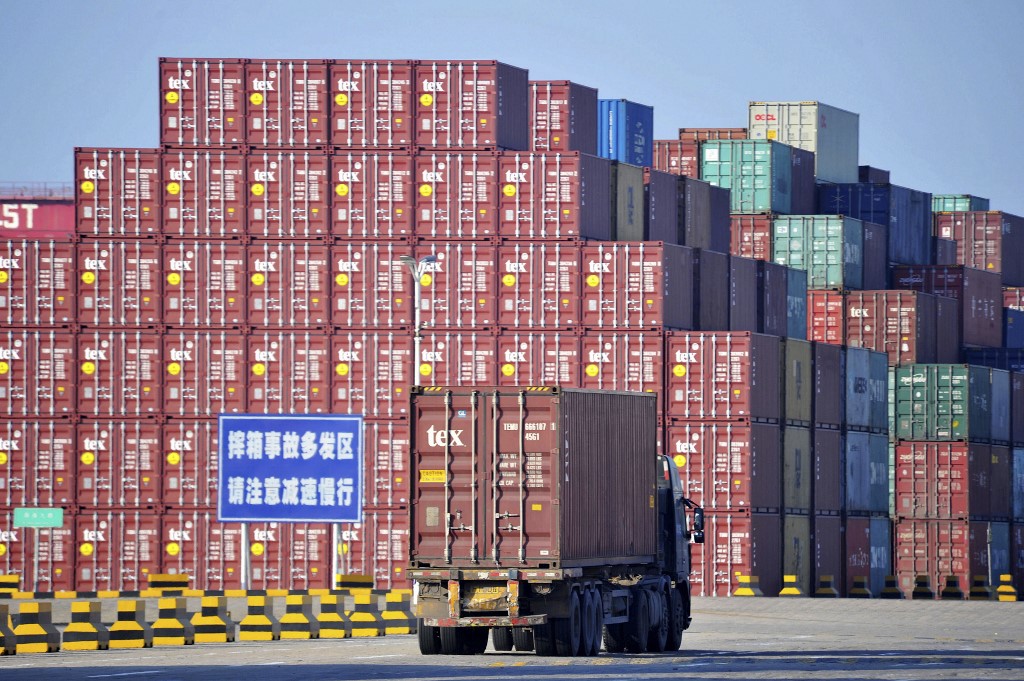 BEIJING, China – China’s exports plummeted in the first two months of this year on the back of a coronavirus epidemic that forced businesses to suspend operations, disrupting the world’s supply chains.

Exports fell 17.2% from a year ago, the biggest drop since February 2019 during the trade war with the United States, and imports dropped 4%, according to customs data released Saturday, March 7.

A Bloomberg poll of economists had expected a smaller fall in exports, by 16.2%, but had foreseen a much starker drop in imports of 16.1%.

Coronavirus cases were first reported last December in Wuhan, in China’s central Hubei province, prompting a lockdown of the key industrial region with some 56 million people, from late January.

Measures to contain the outbreak that has killed over 3,000 in the country, including travel curbs and quarantines, have hit the workforce and supply chains.

China’s trade surplus with the US – a key point of contention in the trade dispute between the two countries – sharply narrowed 40% in the first two months, from $42 billion last year to $25.4 billion.

It is the first time Chinese authorities have published combined trade data for January and February.

This is in line with how some other indicators are released to smooth over distortions from the holiday break, but the situation this year is unusual with the epidemic.

Capital Economics’ Julian Evans-Pritchard said in a report Friday, March 6, that combining the data in January and February means the “published growth rate won’t fully reflect the extent of the recent weakness.”

This is because disruptions were mostly concentrated in February.

He added that the recent downturn in trade has been “much deeper” than the data is likely to suggest.

Moody’s Analytics economist Xu Xiaochun told Agence France-Presse on Saturday that the slowdown is likely to continue into parts of March.

“High frequency data such as coal and energy consumption, as well as metro usage, suggest that workers are still slowly returning to work,” he said.

Outbreaks beyond China, such as in South Korea and Europe, will further harm Chinese exports since external demand will be lower, Xu said.

With the coronavirus spreading around the world, it is not just China’s slowdown that weighs on global growth, which could contract in the 1st quarter.

“What began as a supply shock in China has morphed into something much more serious,” Oxford Economics said in a report on Friday.

The disruptions call into question China’s ability to hold up its end of a partial trade deal signed with the US in January, in which Beijing committed to boost purchases of US goods and services by $200 billion.

But Chinese authorities have stressed that the impact of the epidemic would be “short-term” and has rolled out a host of support measures. – Rappler.com