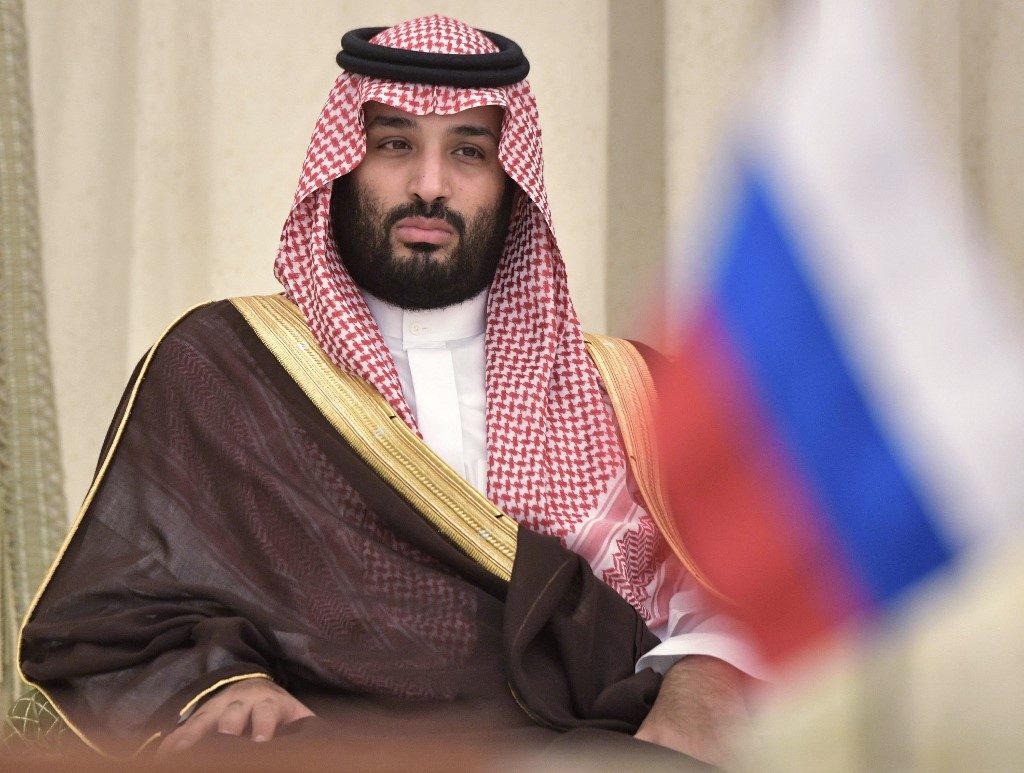 Riyadh’s shock and awe strategy has wide-reaching consequences for global oil producers, already reeling from a slump in demand due to the fast-spreading coronavirus.

But it could also be an existential threat to the Gulf kingdom as it coincides with a royal purge that saw King Salman’s brother and nephew detained and as it imposes stringent measures to contain the spread of the coronavirus.

Here are some key questions surrounding the meltdown and the strategy driving the world’s top crude exporter:

What triggered the price war?

An apparently furious Riyadh responded with the biggest cuts to prices in two decades, moving to snatch some of Russia’s market share and triggering turmoil in energy markets.

As oil prices saw their biggest drop since the 1991 Gulf War, analysts warn that the move will continue to drive prices down towards $20 a barrel if the two sides do not reach an agreement.

“The Saudi actions could be a negotiating tactic designed to bring Russia back to the table, but the market is unlikely to be sanguine in the near term,” investment bank Berenberg said in a note.

What is the economic fallout?

But it could be particularly devastating for Gulf states, which account for a fifth of global crude supplies and where oil income makes up 70% to 90% of public revenues. (READ: Oil price plunge: Winners and losers)

The new developments are reminiscent of the price war that erupted in 2014, sending oil prices crashing to less than $30 a barrel.

Revenues in the Gulf countries were battered, forcing them to resort to austerity measures – which are often politically sensitive – plus borrowing and drawing down on their assets to plug budget deficits.

The United States shale industry may also be unable to absorb the shock and will struggle to compete for market share with bigger players such as Saudi Arabia, analysts warn.

The oil players are competing for a declining market share – the chaos comes amid warnings that the world is set for its first annual decline in oil consumption in more than a decade due to the impact of the coronavirus.

How does this affect the crown prince?

The oil crash could undercut Saudi Crown Prince Mohammed’s ambitious economic reforms that – ironically – are intended to pivot the economy from its dependence on crude.

The kingdom is scrambling to attract investment for a host of mega projects – from the $500-billion NEOM mega city to a multi-billion entertainment city close to Riyadh.

The crash coincides with a royal purge that saw the detention last week of Prince Ahmed bin Abdulaziz al-Saud, a brother of King Salman, and the monarch’s nephew Prince Mohammed bin Nayef.

Sources said they were detained after they were accused of plotting a palace coup aimed at unseating the crown prince, heir to the Saudi throne.

But another source close to the Saudi royal court said the detentions were a “messaging exercise” to quash any opposition to the crown prince before his succession to the Arab world’s most powerful throne.

“The threat to Prince Mohammed isn’t coming from his royal rivals,” said Kristin Diwan of the Arab Gulf States Institute in Washington.

“It’s from the collapse of oil revenues and with them his ambitious economic plans.”

Who will blink first?

The confrontation could become a game of chicken between Riyadh and Moscow as well as other oil competitors, with the winner the one best able to withstand the damage.

Deep-pocketed Saudi Arabia is an ultra low-cost producer of crude at just $2.80 per barrel, far lower than its global rivals. But with its more diversified economy, Russia is a formidable rival.

“Moscow is unlikely to blink first, certainly not for another 3 to 6 months,” said Chris Weafer from the consultancy Macro Advisory.

“Russia is in a much better financial position to endure an oil price war. Russia’s financial reserves are $80 billion greater than Saudi’s and growing.”

But Moscow’s position would likely change if crude prices dipped below $25 per barrel for a sustained period, Weafer said, describing that as a “crunch price” for its economy. – Rappler.com