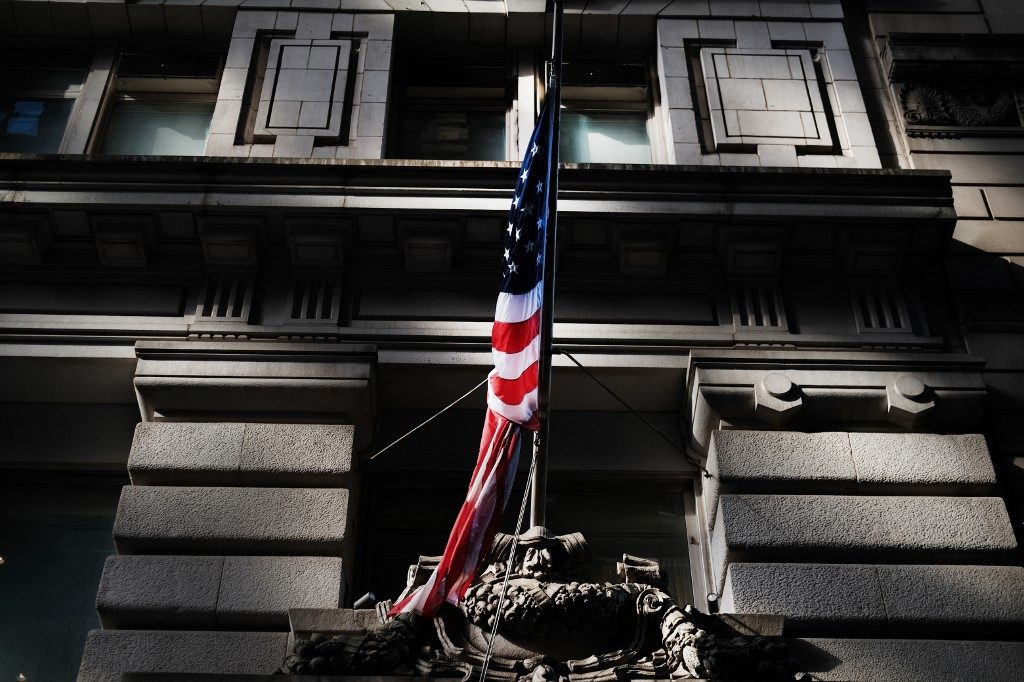 WASHINGTON, USA – The United States Federal Reserve on Thursday, March 12, massively increased its efforts to keep the economy on track and quell the growing uncertainty caused by the coronavirus pandemic, injecting $1.5 trillion of cash into markets this week.

But economists warn the central bank’s actions will not be sufficient without government firepower in the form of aggressive spending.

The Fed’s actions were reminiscent of the worst days of the 2008 global financial crisis, when the central bank used all of its policy tools and then created new ones to try to stop the economy’s freefall.

For the third time in a week, the New York Federal Reserve Bank announced a huge increase to its cash injections into American financial markets, and also broadened its purchases of US Treasury debt, a move economists are calling “quantitative easing” (QE) – the strategy used during the global financial crisis to provide stimulus and keep borrowing costs low.

The announcement did little to help equities which plunged further into the red, losing 10% in their worst session since 1987.

Those amounts are on top of at least $175 billion daily in overnight funding, and twice-weekly offers of at least $45 billion in two-week repos.

“These changes are being made to address highly unusual disruptions in Treasury financing markets associated with the coronavirus outbreak,” the New York Fed said in a statement.

“This is a full-blown crisis response operation, intended to make it abundantly clear that the Fed will not allow liquidity to dry up,” Ian Shepherdson, chief economist of Pantheon Macroeconomics, said in a note.

The Fed uses the money market to keep the central bank’s policy interest rate – the federal funds rate – in line with the desired range. Financial institutions borrow for very short periods, from one day to a year, a crucial function to keep the gears of the economy running.

In addition to an array of overlapping short-term funding to ensure markets have sufficient liquidity to operate amid the virus fears, starting Friday the New York Fed will buy longer term US Treasury debt, rather than just 3- and 6-month bills which it has been buying at a rate of $60 billion a month since mid-October.

“We applaud the Fed’s actions as they are necessary, but unfortunately… it is not sufficient,” Kathy Bostjancic of Oxford Economics told Agence France-Presse.

“The Fed likely will end up slashing interest rates to the effective lower bound and greatly ramping up QE. But most importantly [we] need effective leadership from the White House and Congress that includes appropriate fiscal policy.”

The Fed last week made an emergency cut in the benchmark borrowing rate, lowering it by a half-point to 1% to 1.25% to boost confidence in the face of increasing concerns the spread of COVID-19 could impact the US and global economies.

But as those fears have been realized and more disruptions ripple across the country, impacting airlines, hotels, restaurants, and Broadway, economists say policymakers could deliver an even larger rate cut March 18 following the bank’s regularly scheduled two-day meeting, with some saying the level could be slashed to zero, where it was during the global financial crisis.

The Fed’s actions “should limit the damage,” Shepherdson said. “Now it’s up to Congress to fire the fiscal bazooka, the bigger and quicker the better.”

US President Donald Trump last week signed a bill with $8 billion in emergency funding, but that largely goes to medical equipment, medication, and testing supplies for state and local governments.

He has called for a payroll tax cut but Congress is divided over what additional steps should be included in a stimulus bill, after Republicans rejected the Democratic plan that would include funding for lost wages and paid sick leave, as well as expanded unemployment benefits. – Rappler.com