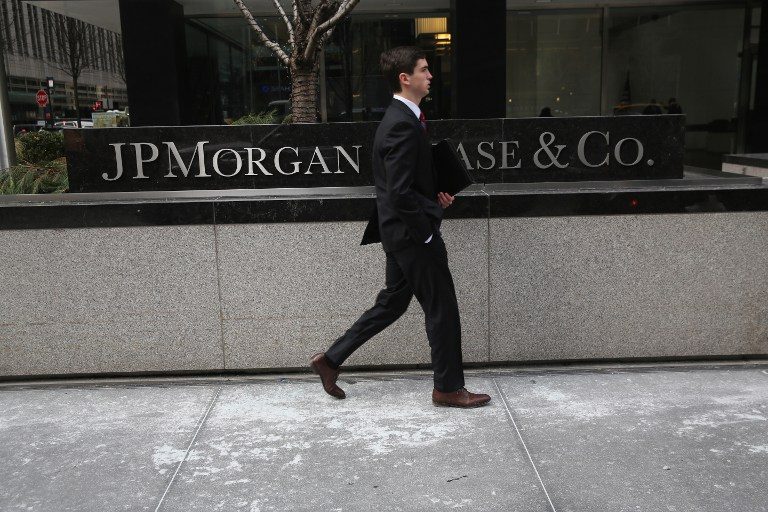 Facebook Twitter Copy URL
Copied
US banks were blamed during the 2008 financial crisis. Now, they're 'going to try to put their best foot forward.'

NEW YORK, USA – The economic wallop from the coronavirus offers an opening for large United States banks to win back points from the public after the industry was pilloried over the 2008 financial crisis.

The industry – today flush with capital after being saved by federal bailouts in 2008 – has a chance to redeem itself amid hard times for wide swaths of the economy.

“The banks are going to try to put their best foot forward now,” said Gregori Volokhine of Meeschaert Financial Services. “Everyone blamed them in 2008 for the subprime crisis.”

The banks could provide leeway for imminent mortgage payments, or set aside funds targeting vulnerable companies.

In Seattle, the Pacific Northwest technology center transformed by coronavirus into a ghost-town, regional bank WaFd has announced a small business “lifeline” program that includes lines of credit for up to $200,000 interest-free for 90 days for businesses.

The bank is also expediting lines of credit of up to $30,000 for clients who have lost 10% of their revenue due to the virus.

“We want to offer these impacted business owners a lifeline to help them make it through this crisis.”

The 8 largest US banks announced they will suspend share repurchases in order to keep funds that can be used to extend credit to households and businesses hammered by the downturn.

“The COVID-19 pandemic is an unprecedented challenge for the world and the global economy and the largest US banks have an unquestioned ability and commitment to supporting our customers, clients, and the nation,” the Financial Services Forum (FSF), which represents the companies, said Sunday, March 15.

The aim is “to provide maximum support to individuals, small businesses, and the broader economy through lending and other important services,” the FSF said in the statement.

As schools, offices, and stores shutter due to the outbreak and economic activity contracts, unemployment is expected to rise and companies of all sizes will face pressure over cash.

Boeing, the biggest US exporter, has already tapped into a $14-billion bank facility agreed in February as the airline crisis due to the coronavirus adds to its woes amid the grounding of the 737 MAX.

“We think the sector is ready, willing, and able to support a surge in corporate credit demand,” said Jesse Rosenthal of CreditSights.

Beyond offering credit, the banks have trimmed other fees and eased other costs.

Banks are in much better shape today compared with in 2009 in the aftermath of the financial crisis, according to the most recent Federal Reserve stress tests last June.

But while banks will reduce the hoops for lenders to jump through, they are not expected to offer giveaways to clients.

“It’s the government’s responsibility to take steps in a situation like this to prevent people from becoming homeless if they can’t pay the rent,” Volokhine said. – Rappler.com