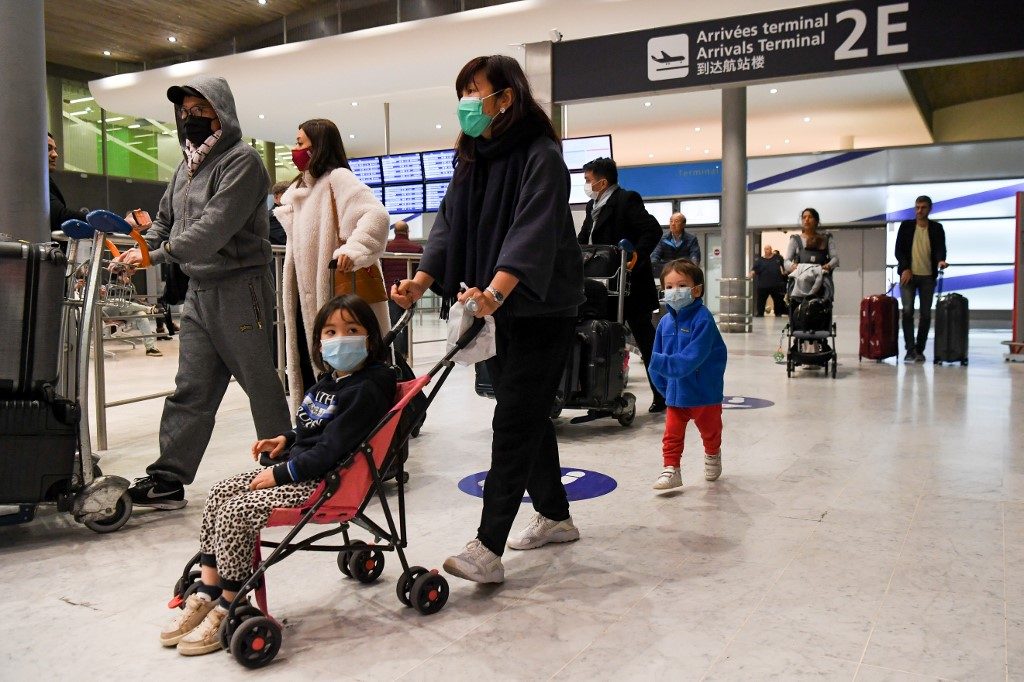 PARIS, France – France on Tuesday, March 17, pledged tens of billions of euros in financial aid and mooted the nationalization of large companies to wage an “economic and financial war” on the coronavirus which has sent most of the country’s workforce into lockdown.

“This war will require us to mobilize all our forces,” the minister said, and warned the fight “will be lengthy, it will be violent.”

“I will not hesitate to use any means at my disposal to protect large French enterprises,” added Le Maire – citing capital injections, stake purchases, and even “nationalization if necessary.”

The government said France’s national debt will exceed 100% of gross domestic product (GDP) this year, well above the European Union’s guideline of no more than 60%.

And GDP will contract by an estimated 1%, a dramatic reversal on pre-virus projections of 1.3% growth for 2020.

Budget Minister Gerald Darmanin told daily financial newspaper Les Echos the public deficit will likely grow to 3.9% of GDP. The government had hoped to shrink it to 2.2%.

The economic hit of the coronavirus, which saw the government confine most residents to their homes starting Tuesday and closing all non-essential businesses, comes hot on the heels of a damaging public transport strike which lasted weeks and hurt the earnings of small businesses in particular.

Le Maire said the new aid package will include 32 billion euros for canceled or deferred taxes and social charges of companies plunged into difficulty by the unprecedented health crisis.

Paying the salaries of people forced to give up work under the containment measures will cost another 8.5 billion over two months.

“If we put this much money on the table it is to aid [the economy] to restart quickly” once the outbreak recedes, said the minister.

Several companies have already warned of tough times ahead.

Air France said Monday, March 16, it would slash flight capacity by 70% to 90% over the next two months and expected its financial situation to be “badly impacted.”

Carmakers Renault and PSA Peugeot-Citroen, and tiremaker Michelin have closed factories in France, and Airbus has suspended some production in Europe – now the epicenter of the epidemic that started in China.

For small- and micro-businesses and self-employed entrepreneurs, Le Maire said two billion euros would be set aside in a “solidarity fund” to help those that lose 70% of their turnover between March 2019 and March 2020.

France’s markets regulator on Tuesday banned short-selling in 92 stocks for the day in a bid to tame the fierce volatility on financial markets as nervous investors try to assess the virus’ economic toll.

Targeted were stocks that were especially hard hit when a global sell-off saw Wall Street plunge nearly 13% on Monday.

Short-selling involves borrowing shares to sell them, effectively betting their price will fall so they can be bought back cheaper, allowing the investor to pocket the difference.

The practice can put immense downward pressure on prices at times when buyer interest is virtually non-existent.

Le Maire said he was prepared to impose a short-selling ban of up to a month if necessary. – Rappler.com