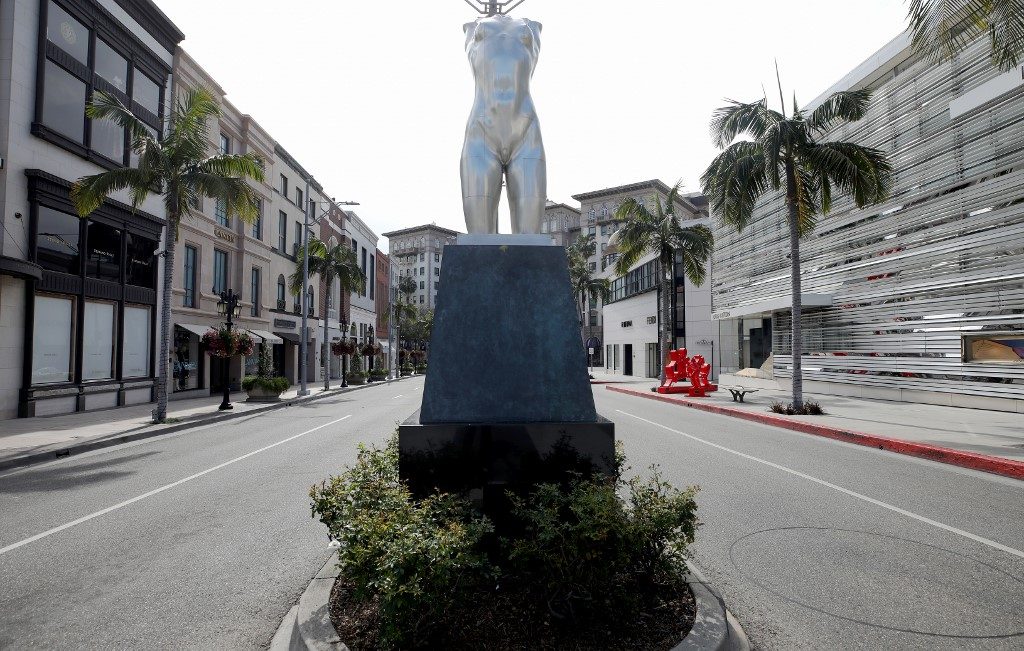 NEW YORK, USA – The coronavirus outbreak has transformed the United States virtually overnight from a place of boundless consumerism to one suddenly constrained by nesting and social distancing.

The crisis tests all retailers, leading to temporary store closures at companies like Apple and Nike and manic buying of food staples at supermarkets and big-box retailers like Walmart even as many outlets remain open for business – albeit in a weirdly anemic consumer environment.

In general, the coronavirus crisis is expected to dent retail earnings while likely accelerating a trend towards online sales as more stores shut down, hastening an industry shakeout that was already underway prior to the public health crisis.

“This will be exacerbated with the extreme dislocations caused by the coronavirus pandemic. There is a sharpening divide between those who have the capacity to weather the challenging operating environment and those who do not.”

Many of the increasing number of companies that shut stores, a group that includes Apple, Nike, and Lululemon, are stronger brands, analysts note.

Apple’s actions in response to the virus map the evolution of the outbreak. The tech giant on February 1 closed all its Chinese stores because of the coronavirus.

But by last weekend, Apple had reopened all of its stores in the country, even as it announced it was shutting down everywhere else through March 27 to limit the spread of the virus in Europe and North America.

“The most effective way to minimize risk of the virus’ transmission is to reduce density and maximize social distance,” Apple chief executive Tim Cook said as he announced the closure of non-Chinese stores, while adding that online stores would remain open.

Youth-oriented apparel chain Gap also pointed to its experience in Asia as it cut hours throughout the US and Canada, while temporarily closing more than 100 stores in areas hit hardest by coronavirus.

“While these situations are unsettling and ever-changing, we will continue to make decisions in the best interests of our employees,” said incoming Gap chief executive Sonia Syngal.

Other stores have remained open, but stepped up cleaning of high-trafficked areas and restrooms in response to the outbreak.

The Westchester Mall, an upscale shopping center about 45 minutes from Manhattan, has trimmed its hours but was still open as of Tuesday afternoon.

The outbreak will most certainly boost online sales growth even faster, as shown by Amazon’s announcement late Monday, March 16, that it plans to hire 100,000 warehouse workers to meet surging demand.

However, analysts caution that e-commerce distribution and shipping networks are not immune to challenges from the virus.

“All parts of the economy and supply chain are vulnerable,” said Neil Saunders, director of GlobalData Retail. “That includes delivery companies and online orders.”

If supply chains are affected by coronavirus outbreaks, that will mean delays to deliveries, said Saunders, who expects consumer spending to be weak overall.

“Demand across the economy is going to be down,” he said, citing the sudden shock to the markets. “People aren’t in the mood to spend money.”

Longtime retail analyst Jan Rogers Kniffen said most sellers have no plan for a major hit to e-commerce supply chains and that under such a scenario, the US National Guard might be enlisted to make sure essential goods get to consumers.

Kniffen said department stores were among the most likely to suffer from the coronavirus response, in part because of the hit to mall traffic.

“When Apple says they’re going to close, that’s half the mall traffic in the US,” he quipped.

FedEx didn’t directly respond to questions about whether the company has employees with coronavirus, but a spokeswoman said the company was taking precautions suggested by the World Health Organization.

“The safety and well-being of our team members is our top priority,” the spokeswoman said, adding the company is “encouraging our team members to take any signs of illness seriously and seek medical attention as needed.”

UPS said normal business continues in most places, but deliveries in some parts of Europe have been halted because of shop closures or restrictions in areas of several European countries, including Spain and Italy.

“We are serving our customers as usual, except where limited by government restrictions,” a UPS spokesman said, adding the company “does not comment on the medical condition of its employees.”

“If any employee experiences symptoms such as fever or respiratory infection, they are directed to seek medical treatment immediately.” – Rappler.com