Fed ramps up help to U.S. economy on life support 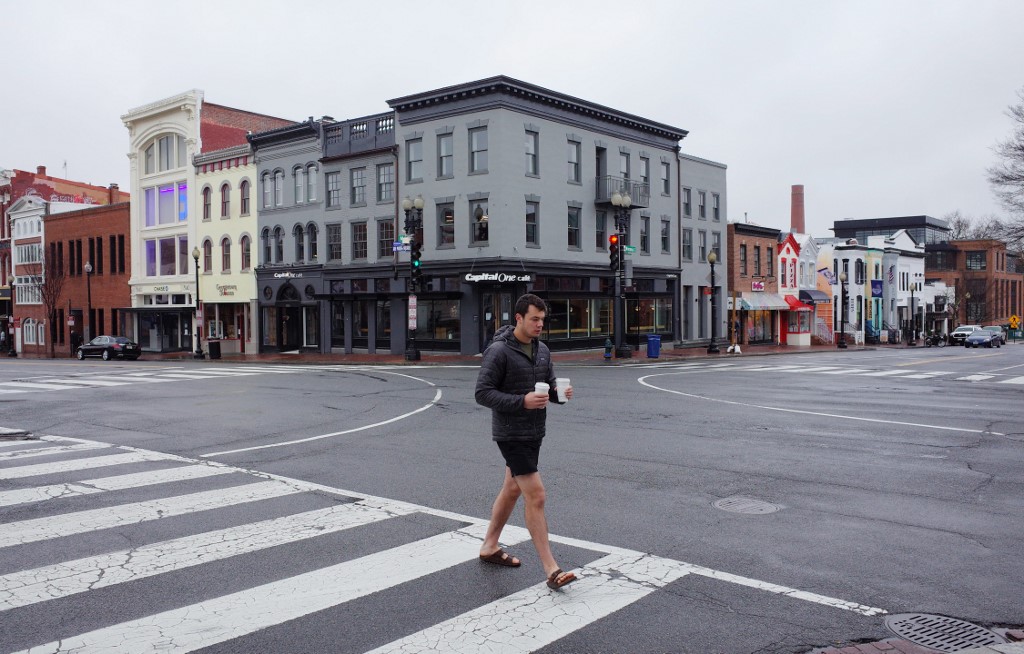 WASHINGTON, USA – The United States Federal Reserve launched an unprecedented effort on Monday, March 23, to flood the US economy with money amid the chaos caused by the coronavirus pandemic, as Congress debated a rescue plan for American workers and companies.

Like patients around the world battling the disease itself, the US economy is on life support, with some forecasters projecting a 14% contraction in the April-June quarter while the global economy could shrink 1.5% this year.

About a third of Americans have been ordered to stay at home, and the Fed warned of “severe disruptions” from the virus as it rolled out another series of measures to pump funds into the economy, including buying unlimited amounts of government debt – a move akin to printing money.

But while that should provide oxygen to the financial system and keep businesses open, lawmakers continued haggling over an emergency aid package, with Democrats in the House unveiling a proposal that would cost a whopping $2.5-trillion as they demanded more funds to help workers directly and more strings on any aid going to corporations.

President Donald Trump signaled his approval of the Fed’s move last week to slash the benchmark lending rate to zero, saying central bank chair Jerome Powell had “done a really good job,” in a reversal of previous criticism over his refusal to lower rates.

The president also praised the strong US dollar but acknowledged it makes “trade much tougher” – an unusual statement from an American president, who typically don’t comment on the currency’s value.

Treasury Secretary Steven Mnuchin spent the day meeting with congressional leaders, and played down Democratic concerns about taxpayers coming to the rescue of major corporations.

“I want to be clear, there are no bailouts,” he said on Fox Business Network. “This isn’t corporate welfare. This helps all American workers.”

Mnuchin said the Fed’s measures would provide $4 trillion in needed liquidity into the US economy.

The Fed had already announced it would buy at least $500 billion of Treasury debt as well as $200 billion of mortgage-backed debt, but now has committed to buying “in the amounts needed to support smooth market functioning.”

In the latest action, the Fed revived facilities it last used during the 2008 global financial crisis, and expanded others announced in recent days, including buying debt issued by US municipalities and by corporations.

In addition, the Fed said it would soon unveil a program to lend directly to small- and medium-sized companies – those that have been hardest hit by the near complete shutdown of the US economy as authorities fight to contain the spread of the virus.

“While great uncertainty remains, it has become clear that our economy will face severe disruptions,” the Fed said in a statement, pledging to use all available tools to contain the damage.

“Aggressive efforts must be taken across the public and private sectors to limit the losses to jobs and incomes and to promote a swift recovery once the disruptions abate.”

Economists praised the effort, but said massive stimulus from Congress is still needed.

“The downturn is not avoidable. The economic carnage associated with downturn can be mitigated so that there is an economy left to ramp up,” said Diane Swonk, chief economist at Grant Thornton.

Ian Shepherdson, chief economist at Pantheon Macroeconomics, offered an equally dire warning: “The near-term threat to the economy is existential.”

The central bank actions represent “an all-out effort to ensure that the business sector can continue to exist even as economic activity temporarily collapses. The Fed is now effectively the direct lender of last resort to the real economy, not just the financial system.”

The central bank pledged to “continue to use its full range of tools to support the flow of credit to households and businesses.”