With economy sinking, Trump’s own business is in peril 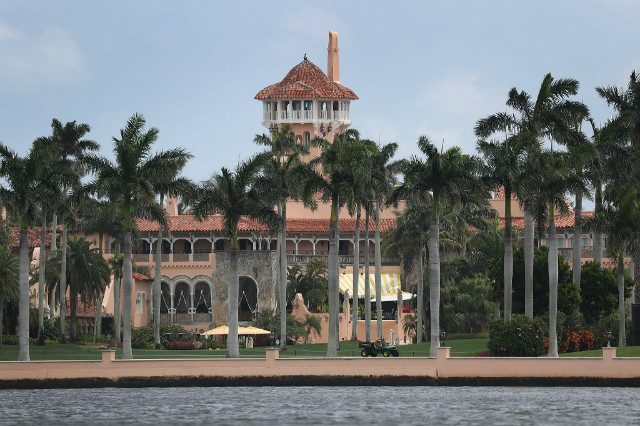 WASHINGTON, USA (UPDATED) – As if presiding over the threatened destruction of the United States economy by the coronavirus pandemic is not enough, President Donald Trump is watching another more personal business meltdown: the Trump Organization hotel, golf course, and real estate business that made him a billionaire.

His 5-star US and Canadian hotels with more than 2,200 rooms are mostly empty, his golf courses in the United States, Scotland, and Ireland are under pressure to close, and his cherished “Southern White House” – the beachfront Mar-a-Lago club in Palm Beach, Florida, is shuttered.

Like other hotels around the world, Trump’s have been forced to lay off most workers and face the fact that the $435 million in revenues that the Trump Organization reported in 2018 is likely to plummet this year.

How severe that would be to a family-controlled business notoriously untransparent about its finances is unknown.

And it has raised questions over whether Trump’s concerns about his own company are shaping his response to the crisis: whether part of the giant $2-trillion economic rescue plan agreed overnight Tuesday, March 24, in Congress will end up helping his hotel and resort businesses, and whether his push for a quick end to the coronavirus lockdown is to save the company.

“Our country – it’s not built to shut down,” Trump said Tuesday, calling for an end to restrictions by the second week of April. “You can destroy a country this way by closing it down.”

“We wrote a provision, not just the president but any major figure in government, cabinet, Senate, congressman, if they or their family have majority [of a company], they can’t get grants or loans,” he told CNN.

Neither Trump nor his sons who directly oversee the company have detailed the financial damage they face.

But it is clear: the nameplate hotels in New York, Washington, Chicago, Las Vegas, Vancouver, and Hawaii are virtually empty.

Likewise, his golf resorts are being ordered to lock up, even in remote Scotland. On Monday, March 23, the Scottish Golf organization urged “all golfers in Scotland refrain from golfing until further notice.”

Yet the Trump Organization refuses to completely shut his main hotels.

“The hotel is open, the restaurants are closed, the spa is closed, the pool is closed,” a receptionist at the Trump International Hotel & Tower on Central Park in New York told Agence France-Presse (AFP), not giving her name.

“There’s a Whole Foods across the street. We can get something for you and bring it to your room,” she suggested.

John Boardman, head of the Washington branch of the Unite Here labor union, said the Trump International in Washington was still operating despite sweeping staff layoffs.

“It doesn’t make sense for them to stay open. The hotel has like 3% occupancy,” said Boardman.

“He may not be shutting it down just to be able to say they are still operating.”

Since entering office, Trump has fended off pressure and lawsuits that alleged he was profiting from his properties while president.

The Washington Post has reported on the huge amounts Saudis have paid to book up Trump hotel wings, and the high rates he charges his own Secret Service contingent when he travels to his own properties, including tens of thousands of dollars for golf carts.

Several lawsuits have accused him of profiteering from his office – against the US constitution’s “emoluments” clause – but none have stuck.

But now much of that is moot, with the spread of COVID-19 forcing the country’s hotel industry into crisis. Last week, the industry, which provides jobs for some 8 million people, asked the White House for $150 billion in support.

Many were wondering whether part of the bailout – a proposed $500-billion discretionary fund to support businesses that will be run by the US Treasury without public reporting – would be deployed to aid Trump’s hotels along with the rest of the industry.

“Now more than ever, it is crucial that the American people know that the president is acting in the public’s best interest and not for his own personal financial gain,” Elizabeth Wydra, president of the Constitutional Accountability Center, told AFP. – Rappler.com