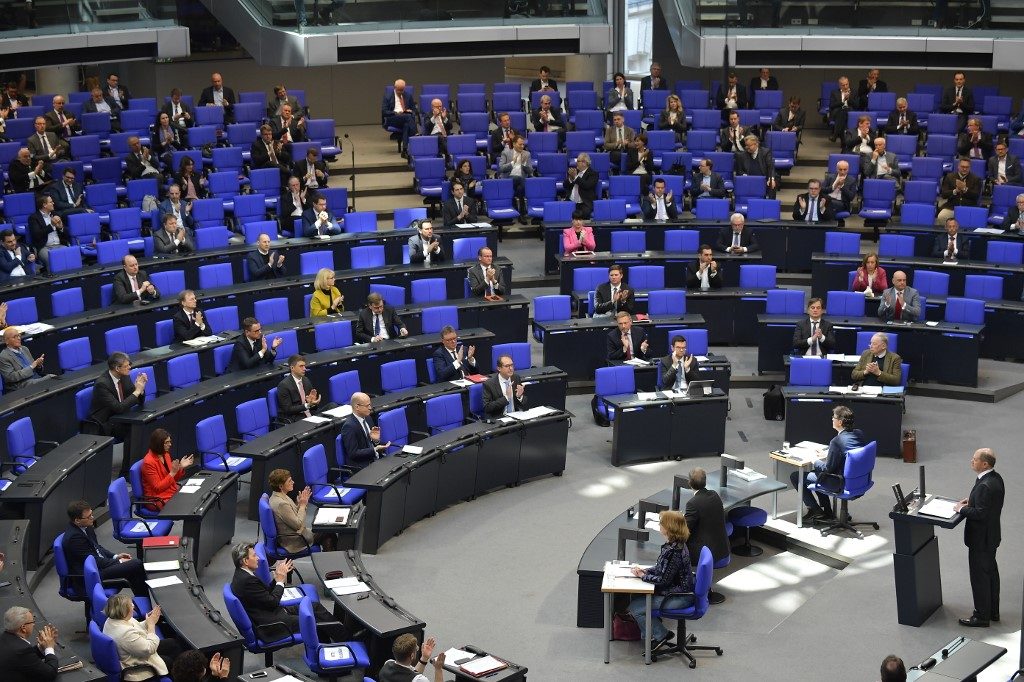 Facebook Twitter Copy URL
Copied
Berlin will create an 'economic stabilization fund' for companies and a fund for immediate support for the health system, among others

BERLIN, Germany – Germany’s parliament voted through Wednesday, March 25, a package of measures worth almost 1.1 trillion euros ($1.2 trillion) to shield Europe’s largest economy from the impact of the coronavirus pandemic.

Scattered sparsely throughout the chamber to limit the possibility of infection, MPs agreed 156 billion euros of new borrowing, backing up a broadside of support to business and the health system as well as hundreds of billions in guarantees for bank loans to firms.

The package will now go to Germany’s second house representing the federal states, with passage almost certain as state leaders have unanimously voiced their support.

“Please keep in mind the rules on keeping your distance!” parliament president Wolfgang Schaeuble urged MPs between votes as they moved around the historic Berlin chamber.

With its firepower tanked up by 357 billion euros, KfW will in future be able to guarantee some 822 billion euros in lending.

The federal government will offer smaller firms up to 50 billion euros of handouts.

Wednesday’s package also includes 3.5 billion euros of immediate support for supplying the health system with needed protective equipment and for developing a vaccine and other treatments, as well as 55 billion euros that can be freely deployed as needed to fight the pandemic. – Rappler.com