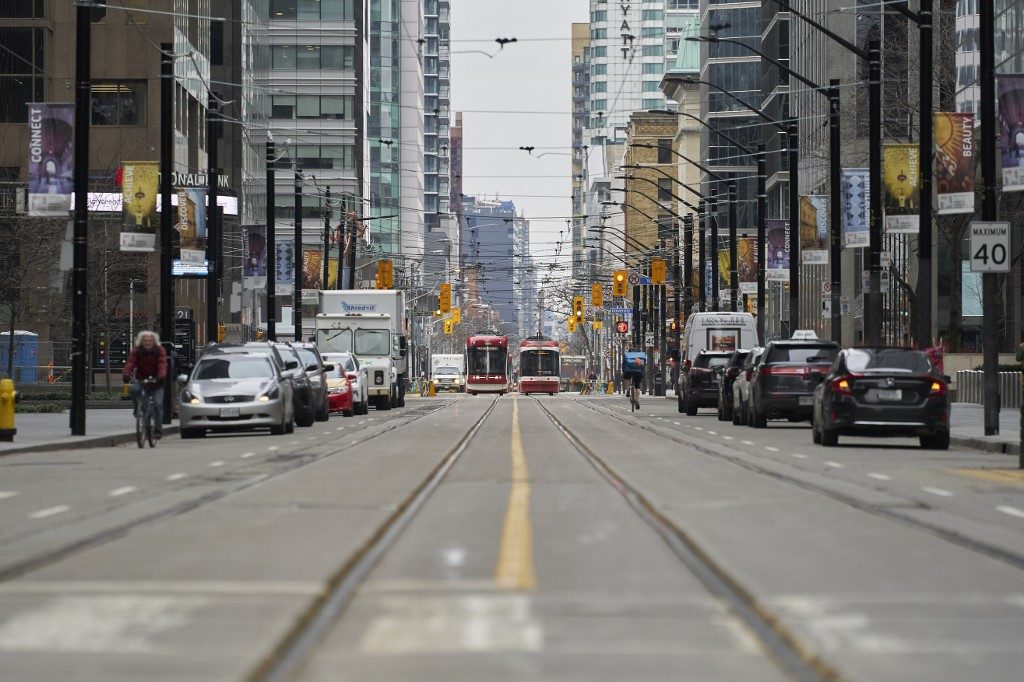 OTTAWA, Canada – Canadian lawmakers on Wednesday morning, March 25, approved a more than Can$100-billion aid package to help individuals and businesses through the pandemic, after all-night negotiations on what emergency powers to grant the minority government.

Following approval by the House of Commons, they were adopted by the Senate.

The measures include Can$52 billion ($37 billion) in direct support for families and businesses, instead of Can$27 as previously announced by Prime Minister Justin Trudeau, and Can$55 billion in tax deferrals.

The total aid package of Can$107 billion will allow for a new emergency fund that will dispense Can$2,000 per month for 4 months to Canadian workers who find themselves without an income due to the new coronavirus.

Nearly one million have been laid off following temporary closure orders given to many businesses in an effort to slow the virus’ spread.

The government expects to enact the emergency measure from April 6, according to Finance Minister Bill Morneau.

He said he was pleased at obtaining “unanimous consent with the other parties to move forward” with the response plan.

To respect “social distancing” measures during the pandemic, only 32 members of Parliament, proportionally representing each party instead of the full 338, had gathered in Ottawa for a vote on Tuesday, March 24, on the emergency measures.

Parliament had been suspended from March 13 through April 20, and reconvened only to approve the cash injection to help individuals and businesses.

South of the border, a similar drama played out in Washington, where US Senate leaders and the White House finally agreed on a $2-trillion aid package early Wednesday.

Trudeau’s Liberal Party were reelected last October with a minority government which needs the support of one or more opposition parties in order to pass legislation in the House.

In Ottawa, the opposition Conservatives offered their support for the aid, but pushed back against a government demand for unlimited spending powers through 2021.

The leftist New Democrats lamented that not enough money had been spent yet to help those who joined unemployment lines this month because of pandemic-induced shutdowns.

“We will authorize whatever spending measures are justified to respond to the situation but we will not sign a blank check,” Tory leader Andrew Scheer said, adding the unprecedented powers sought by the Liberals amounted to a “power grab.”

Trudeau justified the need for the measures, saying: “This pandemic is moving extremely quickly and it is an exceptional situation that requires extreme flexibility and rapidity of response by governments.”

The government bill had received backing from the Bloc Quebecois, assuring its passage, but without all-party support the cash would not get to Canadians in early April in time to soften the pandemic’s economic toll.

In the end, the House of Commons unanimously passed an amended bill limiting the government’s unchecked borrowing and spending to the end of September.

The package is equivalent to 3% of Canada’s gross domestic product, and Trudeau said it is only a first step.

According to public health authorities, Canada has 2,792 cases of COVID-19 illness and 27 deaths. – Rappler.com