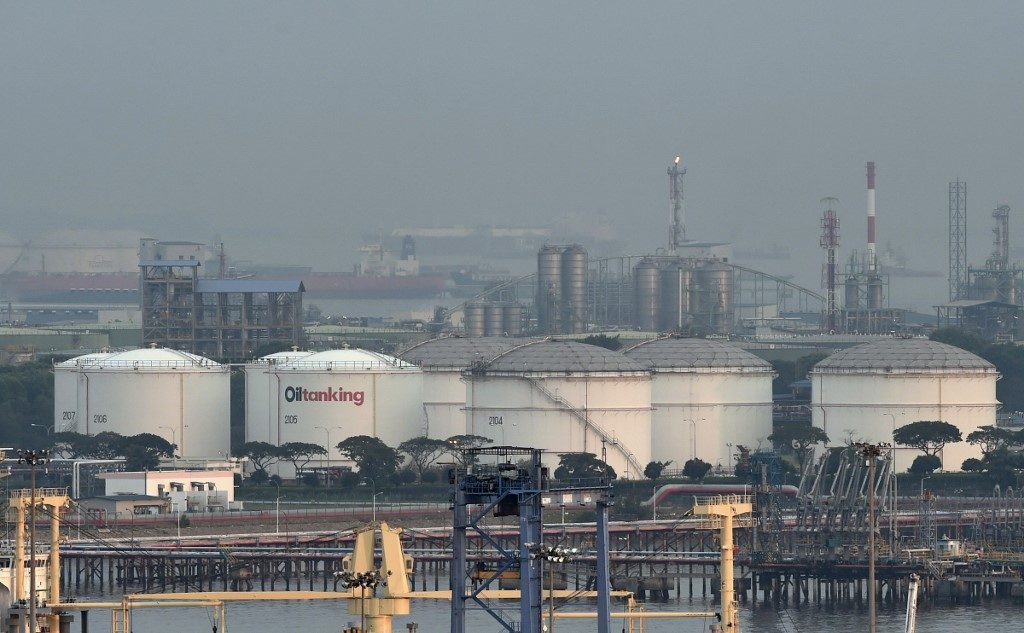 LONDON, United Kingdom – Global oil storage capacity is under intense pressure because of booming output from Saudi Arabia and the United States while the coronavirus outbreak slams the world economy and crude demand.

The Organization of the Petroleum Exporting Countries (OPEC) and Russia had cooperated closely since 2016 to curb production, support prices, and protect their precious revenues.

That all changed earlier this month when Saudi Arabia launched a vicious price war with Moscow, after OPEC and non-member Russia failed to clinch an output-cutting deal to curb the market impact of the deadly COVID-19 outbreak.

However, despite evaporating demand, production has continued apace – and the resulting oil is often destined for overstretched storage facilities around the world, according to industry experts.

“Yet this phenomenon clearly accelerated…with the collapse of oil demand.”

As a consequence, the market remains awash with crude in storage on land and in container ships.

And the estimated level of total oil stockpiles has now overtaken the previous peak set in early 2017, according to data from energy sector intelligence firm Kpler, which warns stocks continue to swell.

Michael Tran, energy strategist at RBC Capital Markets, predicts the global surplus could now reach 10.6 million barrels of oil per day (bpd) in the 2nd quarter of the year.

“By our estimation, inventories may challenge global storage capacity limits late this year or early next.”

Kerosene or jet fuel – which is refined from crude – is often the first oil product to suffer because aviation demand tends to falter first in a weak global economy.

The aviation sector has been devastated by the coronavirus, which has forced airlines to axe most flights owing to a combination of travel restrictions and disappearing demand.

“Among the various fuel sectors, we expect jet fuel to be hit the hardest,” added Rystad Energy analyst Bjornar Tonhaugen.

“We now see jet fuel demand falling by almost 20% year-on-year, or by at least 1.4 million bpd. Last year’s demand for jet fuel was seen at about 7.2 million bpd.

SEB analyst Bjarne Schieldrop painted a similarly gloomy picture of the outlook for oil storage, as crude prices languish close to recent lows with no sustained recovery yet in sight.

“We are now looking at surplus in the 2nd quarter of 2020 at a scale that we have never seen before,” he said, adding that with people now sitting at home in confinement that demand could fall even more.

“It means that storage capacities will be breached. The oil price will then have to crash to a level where production more or less immediately is shut down. This now seems to be where we are heading,” Schieldrop warned. – Rappler.com