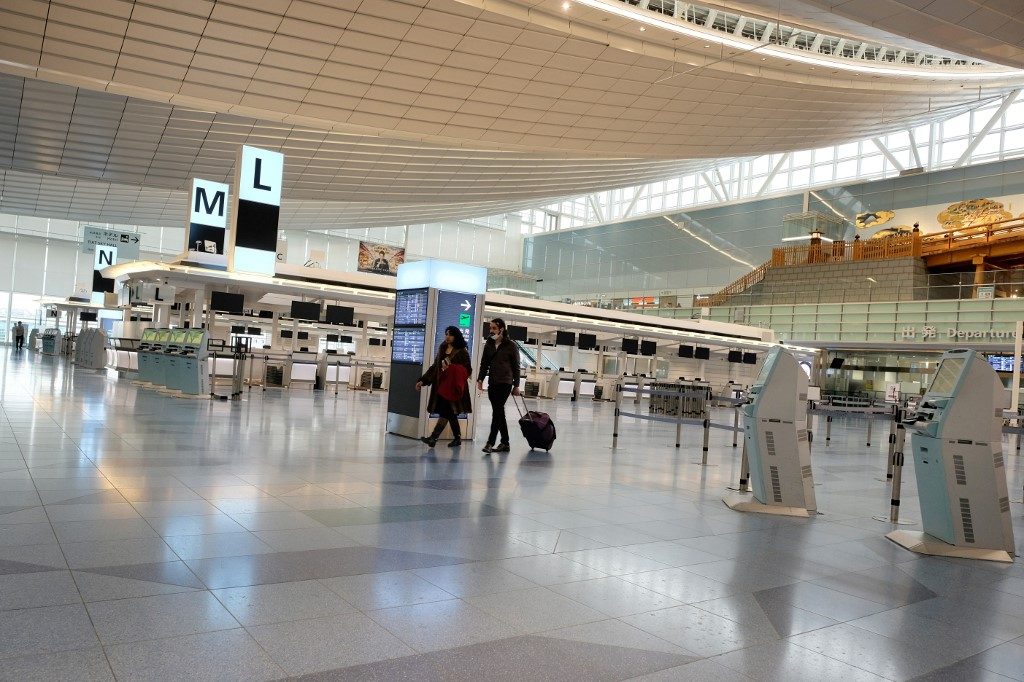 “This was the steepest decline in traffic since 9/11,” IATA said in a statement, adding that the slump “reflected collapsing domestic travel in China and sharply falling international demand to or from and within the Asia-Pacific region, owing to the spreading COVID-19 virus and government-imposed travel restrictions.”

The pain was not evenly distributed, with carriers in the Asia-Pacific region suffering a 41% drop.

Global airline capacity meanwhile fell by 8.7% in February as airlines scrambled to cut back services in line with plunging traffic.

“Airlines were hit by a sledgehammer called COVID-19 in February,” IATA chief Alexandre de Juniac said in a statement.

His comment came as the number of people infected with COVID-19 approached a million, including nearly 50,000 who have died from the virus, spurring governments to order around half of humanity to remain at home.

“The impact on aviation has left airlines with little to do except cut costs and take emergency measures in an attempt to survive in these extraordinary circumstances,” Juniac said, pointing out that since February the situation “has only grown worse.”

“Without a doubt this is the biggest crisis that the industry has ever faced.”

The IATA data showed that international passenger demand, which covers only international flights, fell 10.1% year-on-year in February, marking the worst slump since the SARS outbreak in 2003, while international capacity fell 5%.

The impact was again felt most in the Asia-Pacific region, where airlines saw a 30.4% drop in international traffic.

European carriers meanwhile saw demand for international flights remain virtually flat in February, showing their weakest performance in a decade, and IATA warned that the March figures would be far worse for the region that has overtaken Asia as the epicenter of the pandemic.

The Chinese domestic market all but collapsed, with an 83.6% drop in passenger demand, marking the worst outcome since IATA began tracking the market in year 2000, it said.

Domestic traffic meanwhile soared in the US in February, jumping 10.1%, but IATA said demand fell towards the end of the month, with results expected to have slowed significantly in March.

“This is aviation’s darkest hour and it is difficult to see a sunrise ahead unless governments do more to support the industry through this unprecedented global crisis,” Juniac said.

IATA has estimated that airlines may burn through $61 billion of their cash reserves during the 2nd quarter of the year, including $35 billion worth of sold-but-unused tickets due to widespread flight cancellations amid government-imposed travel restrictions.

“Air transport will play a much-needed role in supporting the inevitable recovery. But without additional government action today, the industry will not be in a position to help when skies are brighter tomorrow,” said Juniac. – Rappler.com