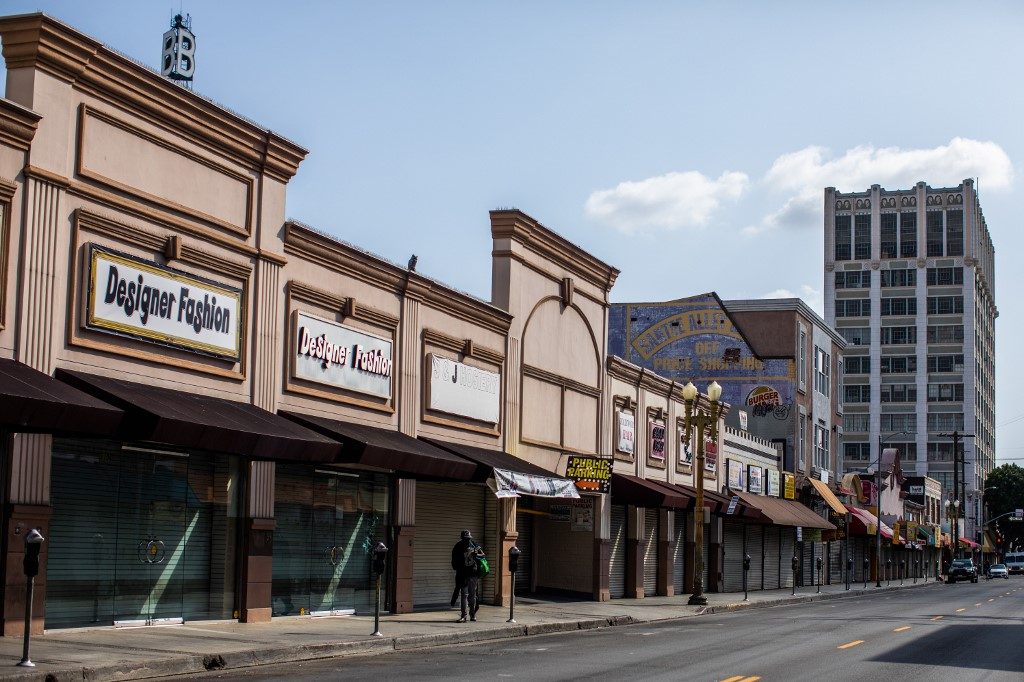 WASHINGTON, USA – The devastation caused to the United States economy by the coronavirus pandemic was thrown into even sharper relief on Wednesday, April 15, with new government data and a report from the Federal Reserve warning the bloodletting would continue.

Lockdowns necessitated by the pandemic caused economic activity to contract “sharply and abruptly,” the Fed report said, and most businesses surveyed across the country expected “conditions to worsen in the next several months.”

The warnings in the central bank’s “beige book” came after the Fed and Commerce Department earlier in the day released monthly surveys that showed contractions not seen in decades for retail sales and manufacturing, both crucial for the world’s largest economy.

About 17 million people have lost their jobs since mid-March but the Fed, which has already slashed its benchmark interest rate to zero and pumped trillions of dollars of liquidity into the financial system, said “the near-term outlook was for more job cuts in coming months.”

With more than two million cases worldwide, the spread of COVID-19 has driven the global economy into its deepest recession in a century, with the International Monetary Fund warning $9 trillion will be slashed from global gross domestic product.

The Fed listed leisure and hospitality along with retail – except for essential services –as industries badly affected due to physical distancing measures and mandated closures.

Most of the 12 Fed districts reported declines in manufacturing as well, and though food and medical products reported strong demand they faced both production delays, due to infection-prevention measures, and supply chain disruptions.

On Wall Street, markets had opened lower and stayed that way throughout the day, with the Dow closing down 1.9%.

The index declined by 5.4%, its largest drop since 1946, while output dropped 6.3%, also its biggest fall in 7 decades, with the pain felt across most industries.

While acknowledging the data were “very bad,” Ian Shepherdson of Pantheon Macroeconomics warned the worst was yet to come.

“Further big drops are likely in April, because lockdowns began to bite hard only in mid-March, so roughly half the month was largely unaffected by the virus crisis,” he said in a note.

And data on statewide manufacturing from the Federal Reserve Bank of New York, home to the worst coronavirus outbreak in the country, showed business activity plummeting by more than ever.

The Empire State Manufacturing Survey fell by 57 points to -78.2, its lowest level ever recorded. The index hit -34.3 during the global financial crisis that began in 2008.

A whopping 85% of manufacturing firms reported business conditions had worsened while just 7% reported improvement, and the survey showed declines in employment, new orders, shipments, and inventories.

“Severely depressed demand, supply disruptions, and extremely high uncertainty will keep manufacturing on an extremely weak trajectory in the near term,” Oxford Economics wrote in a note.

While predicting a recovery in New York manufacturing in the 3rd quarter, they warned “the risk of an extended lockdown could make for a very slow and uneven recovery.”

States across the US have experienced runs on grocery stores as people stocked up in the face of the pandemic, but that wasn’t enough to stop retail sales from diving by 8.7% from February, according to Commerce Department data.

Low oil prices and travel restrictions pushed down sales at gas stations, which reported a 17.2% decrease.

However, food and beverage stores reported that sales surged 25.6% amid the panic buying, while health and personal care stores also reported growth of 4.3%.

A similar trend was observed in the Fed’s industrial output survey. Non-durable goods posted a decline like the rest of the index, but theirs was smaller at 3.2%.

Food and beverage, paper, chemicals, and tobacco products – all goods consumers could stockpile to remain comfortable indoors – decreased by 2% or less, the Fed report said. – Rappler.com