From Prosecco to Chianti, Italy’s wine sales sour from virus 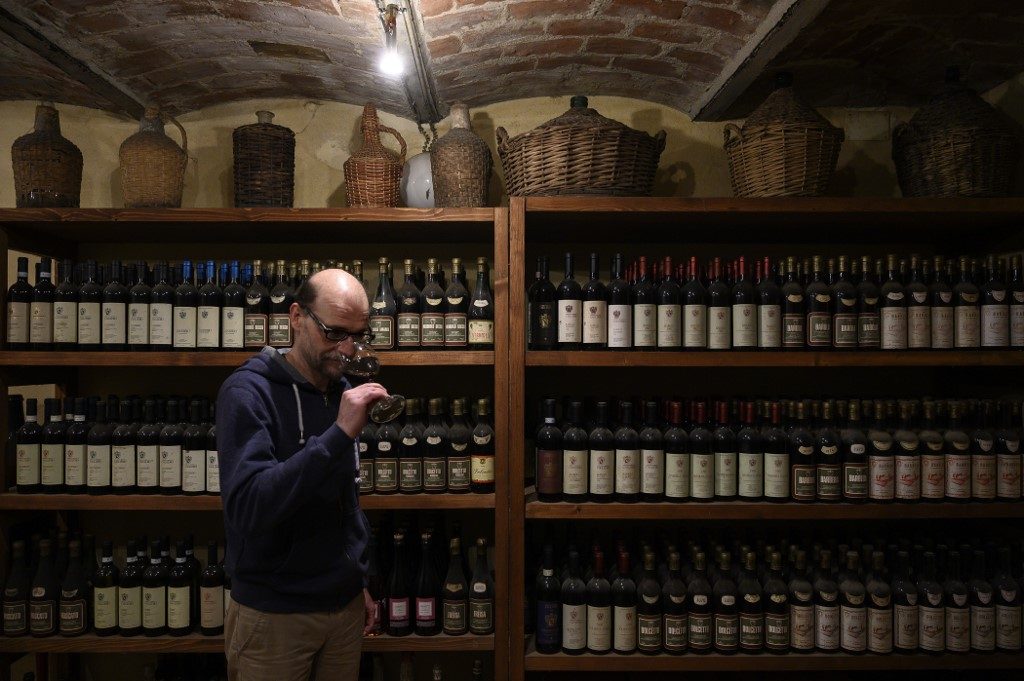 TREVISO, Italy – With Italy’s restaurants and bars closed for another month and global trade snuffed out by the coronavirus, the world’s top wine producing country is experiencing an existential crisis.

Making nearly a fifth of all the world’s wine and selling more than half of it at home, Italy’s two-month lockdown has hit the Mediterranean country’s winegrowers especially hard.

Lodovico Giustiniani, president of the Confagricoltura agricultural lobby in the vineyards-filled region of Veneto, said the domestic market imploded when the restaurants and bars closed in early March.

But the situation has not been much better for exports. Sales to the world’s restaurants and wine bars were “now close to zero,” Giustiniani said.

“The other channel, that of supermarkets, is still working, but it can’t compensate for the sales of a channel that is completely at a standstill,” he told Agence France-Presse.

Giustiniani’s own winery, Borgoluce, whose Prosecco does not sell in supermarkets but is exported to the United States and Asia, saw its sales fall by 90% last month, he said.

Some of Italy’s most prestigious wines are suffering from the worldwide lockdown.

For decades, Barolo has focused on “maximum quality,” earning a place on the wine lists of some of the world’s best restaurants, said Paolo Boffa, president of the Terre del Barolo cooperative.

Long considered a strength, that focus on the high end is now hurting Barolo makers, he said.

The situation “is very critical,” he said, given that 90% of Barolo is sold within the shuttered distribution channel of restaurants.

Other wines, such as Barbera or Dolcetto, are faring better due to their more attainable prices and supermarket availability.

Still, he said, “these sales cannot save the company’s balance sheet.”

Producers have not only sales to worry about, but logistics too. Since wine in cellars has not been sold, there will be no more room for the new wine usually taking its place that will be made after harvest this autumn.

The producers of Barolo are hoping to be allowed to store it outside the traditional production area, a practice normally not allowed under strict classification rules.

Another big question to ponder is whether to cut production, in light of current lower demand.

The Chianti Wine Consortium has already made such a decision to reduce production by 20%. The step, called “drastic” by its president, Giovanni Busi, would likely cause “serious economic damage to companies,” he said.

Some producers are also considering distilling part of their lowest quality wine in order to transform it into ethanol, used for the manufacture of hydroalcoholic gel, currently much in demand amid the lingering coronavirus crisis.

The wine cooperatives of France, Italy, and Spain have appealed to the European Union to earmark 350 million euros towards a European distillation project of 10 million hectoliters.

Coldiretti, the Italian agricultural association, said it has presented the government with a plan to turn at least 3 million hectoliters of cheaper wine into disinfectant.

That solution could tempt those producers whose wine has little shelf life, Giustiniani said.

However, this is not an option for top-of-the-range reds such as Barolo, which can be kept for decades.

On Sunday, April 26, Italy’s government announced that restaurants, bars, and cafes would be allowed to open on June 1.

Italy’s wine industry, said Barolo producer Boffa, sees this as “great and beautiful news,” although he expressed skepticism that restaurants and bars would be soon filled again.

“We all understand the seriousness of this epidemic and the crisis it will cause for our families. But we farmers are used to sacrifice and once again we will not give up.” – Rappler.com