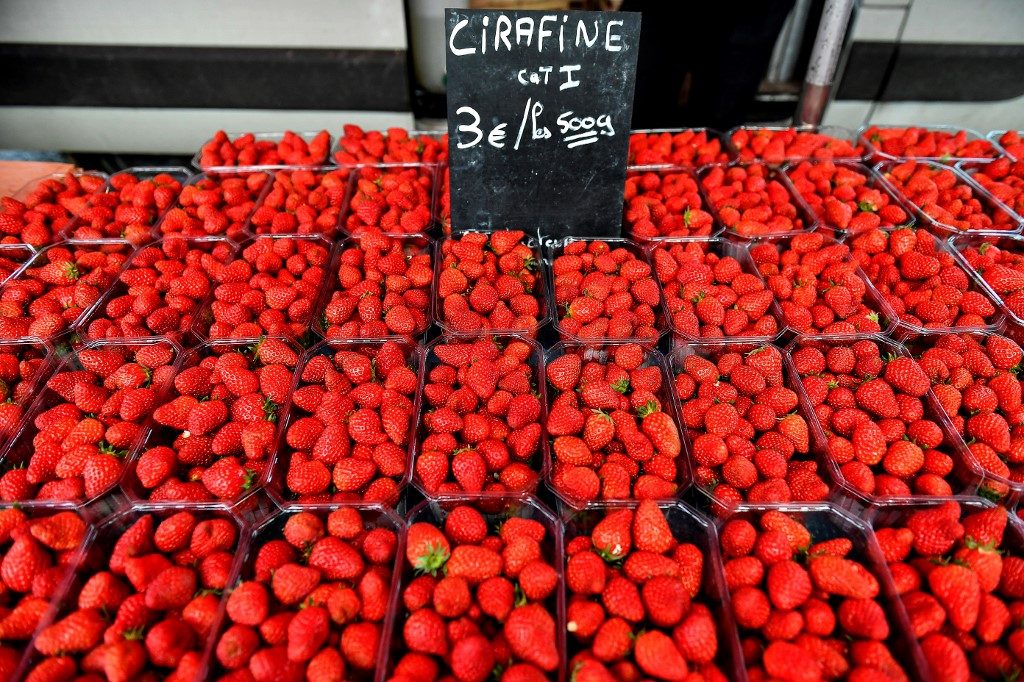 Facebook Twitter Copy URL
Copied
As European food growers grapple with the ripple effects of lockdowns, many shoppers are feeling the squeeze

FRANKFURT AM MAIN, Germany – For German office worker Nathalie, 54, there’s no doubt her weekly food shop costs more than it did before the coronavirus pandemic.

“Peppers especially have become expensive,” she said, walking into her local Rewe supermarket in Frankfurt.

It’s a complaint heard across Europe as food growers grapple with the ripple effects of lockdowns to curb the outbreak that have snarled supply chains and upended demand.

Though the impact across the continent is uneven, many shoppers are feeling the squeeze.

In Germany, fresh food prices were up nearly 10% in April compared with a year earlier, according to agriculture markets consultancy AMI.

Vegetable costs were up nearly 30%, driven by price spikes for broccoli and cauliflower that are often imported from France and Spain – which struggled to attract enough foreign harvest workers because of border closures.

In France too, certain fruit and vegetables have become more expensive since the start of the confinement measures in mid-March, with the UFC-Que Choisir consumer association reporting a 9% hike on average.

In Poland, where the farm industry has been hit with a drought on top of the coronavirus woes, apples have doubled in price over the year.

But it’s not just Europe’s border restrictions and ensuing labor shortages, and transport bottlenecks that have hit wallets.

Changing demand, too, has led to unexpected price swings.

In Italy, prices for oranges and lemons have soared as consumers reach for fruit high in vitamin C in the hope of boosting their immune system, Il Messaggero newspaper reported, citing the Ismea agricultural institute.

Greece has seen higher prices for lemons and kiwis.

With restaurants, cafes, and work canteens closed, Europeans are cooking more at home and generally spending more on groceries than before the pandemic.

That may be good news for struggling Italian farmers but it’s far from enough to offset the losses from closed restaurants and export disruptions, the union added.

And while consumers may have noticed some price volatility, food producers and retailers have borne the brunt of the coronavirus upheaval, industry experts say.

In Spain, dubbed “Europe’s vegetable garden” over its sought-after fruit and vegetable exports, the agriculture ministry said higher production costs all along the food chain had not impacted the end price for consumers “in a significant way.”

“Prices were up a little at the start [of the lockdown], but now they’re pretty much back to normal,” agreed Jesus Hernandez, manning a fruit and veg stand in Madrid’s famous Cebada market.

British supermarket shoppers too “have not seen any significant price increases” for fresh food products, said Jade Juilien from the Which consumers’ association.

To help farmers through the coronavirus rough patch, countries haven’t shied away from appealing to shoppers’ patriotism.

Polish Agriculture Minister Jan Krzysztof Ardanowski has encouraged Poles to buy local farm products instead of imports from elsewhere in the bloc.

In France, fresh produce costs more partly because so much of what is on shelves right now comes from French farms, said Jacques Creyssel of the FCD retailing federation, urging shoppers to welcome the change.

Some consumers are taking matters into their own hands to dodge the price fluctuations, using the pandemic downtime to grow their own veggies.

In Frankfurt, Mariana Arandjelovic said she had expanded the vegetable patch in her allotment and planted more potatoes, lettuce, peppers, and tomatoes.

The retired nursery school teacher now worries less about supermarket prices, and more about the weather.

“Without enough rain and sun, my apples and potatoes will be pretty small.” – Rappler.com