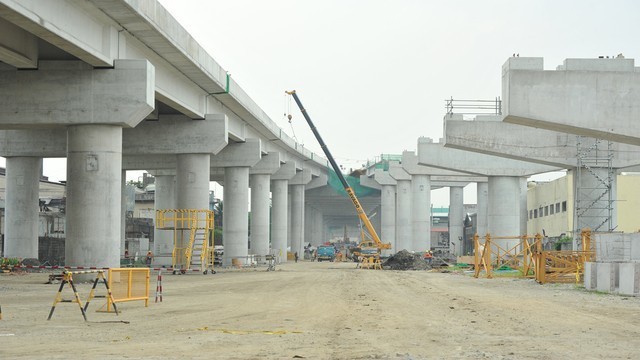 MPIC’s core net income declined by 6% to P3.4 billion in the 1st quarter of the year, lower than the P3.7 billion recorded during the same period in 2019.

MPIC president Jose Ma. Lim also disclosed in a virtual press briefing that the conglomerate would slash its capital expenditures (capex) for 2020 to P80 billion from a massive P160 billion, as the enhanced community quarantine (ECQ) stopped construction works and transportation. (WATCH: Rappler Talk: Saving the economy from a pandemic)

“Our first ever fall in year-on-year quarterly earnings is understandable, but overall I believe the strength of our portfolio, most especially power and water, has been demonstrated in the face of the pandemic, and despite investors’ stated concerns on regulatory issues,” said MPIC chairman Manny Pangilinan.

“At this time, our priorities are, in order: welfare of our people; service to our customers; cash preservation; and then profitability. Under an extremely fluid environment, it would be difficult to provide with a fair degree of reliability a preview of what the full-year 2020 could look like. But for now, it is likely that our 2nd quarter results are likely to fall short of last year’s.”

Pangilinan earlier said that the “full tragedy” of the pandemic “has yet to unfold” in his businesses.

Meanwhile, Global Power recorded a 10% rise in core net income to P439 million in the 1st quarter, as volume recovered from maintenance shutdowns in 2019 and Alsons Thermal Energy contributed more during the quarter.

Metro Pacific Tollways Corporation (MPTC) suffered an 18% drop in its core net income during the quarter due to the implementation of the ECQ and higher interest costs on increased borrowings.

MPTC said completion of several projects had to be pushed back due to the lockdown. It expects to spend P107 billion to complete current projects, with an additional P25 billion if it secures the Cavite-Tagaytay-Batangas Expressway project.

Maynilad attributed the dip to its heavy investments in reducing leakages and upgrading facilities.

Maynilad’s concession agreement with the government is currently under review, as President Rodrigo Duterte repeatedly slammed the company after it won an arbitration case.

Last Monday, May 4, Duterte apologized to Pangilinan and the Zobel brothers for cursing them, as the tycoons poured in millions of pesos for the pandemic response.

Duterte vowed to be “reasonable,” but did not say that the review would be canceled.

LRT operations were shut down in March, leading to a 9% drop in average daily ridership.

Construction of the LRT1 Cavite extension reached 38% prior to the suspension of public works. – Rappler.com