May 7, 2020 7:15 PM PHT
Agence France-Presse
Facebook Twitter Copy URL
Copied
Bank of England Governor Andrew Bailey says the government's soon-to-be-announced decision on lockdown restrictions 'will shape the path by which the economy is brought back into action' 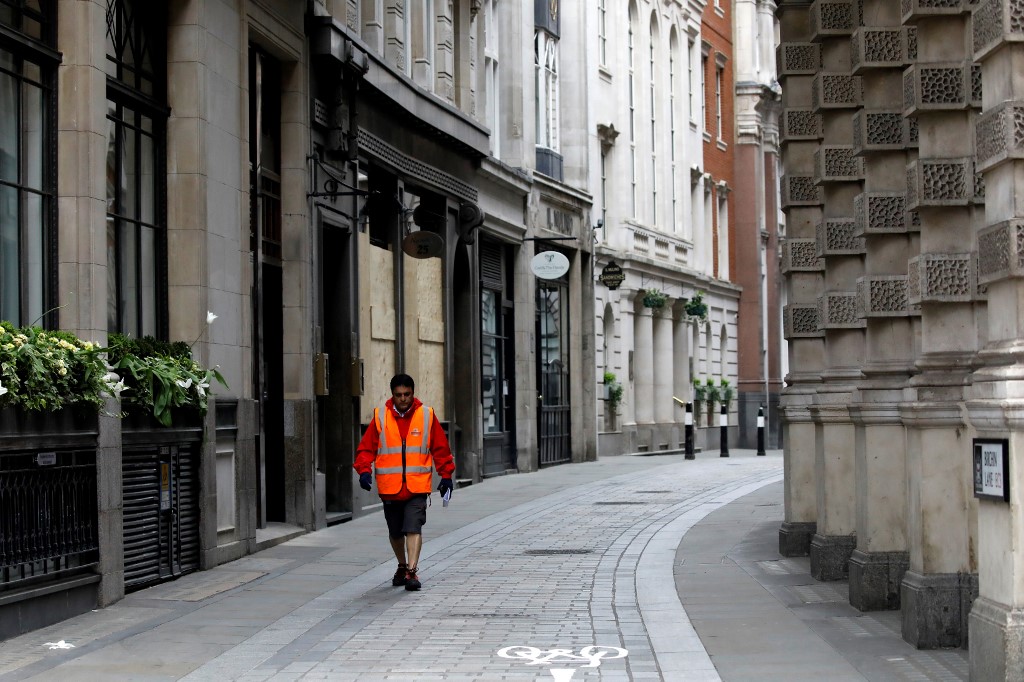 LONDON, United Kingdom – United Kingdom output is to crash by 14% this year on the coronavirus, the Bank of England (BoE) said on Thursday, May 7, as it left its interest rate at a record-low 0.1%.

“However the economic outlook evolves, the bank will act as necessary to deliver the monetary and financial stability that are essential for long-term prosperity and meet the needs of the people,” said BoE Governor Andrew Bailey.

“This is our total and unwavering commitment.”

Following the COVID-19 outbreak, the BoE slashed its main interest rate to 0.1% and decided to pump £200 billion ($244 billion, 226 billion euros) into the UK economy to get retail banks lending to fragile businesses.

Two members of the 9-strong Monetary Policy Committee, but not Bailey, voted at the latest meeting to increase the stimulus by a further £100 billion.

“Without further monetary stimulus, there could be greater scarring effects on the economy via both demand and supply channels,” argued Jonathan Haskel and Michael Saunders, according to minutes of the gathering that took place on Wednesday, May 6.

“The decision not to expand bond-buying with more printed money gave the pound a small uplift” in trading on Thursday, noted Jasper Lawler, head of research at London Capital Group.

“Two dissenting votes for an extra £100 billion in quantitative easing capped the gains. It’s a wait-and-see for now, but the path…seems to be for more stimulus,” he added.

While predicting a 14% slump in British gross domestic product this year, the BoE expects a sharp rebound of 15% in 2021 – with output then forecast to grow by 3% in 2022.

British Prime Minister Boris Johnson is expected to outline plans on easing Britain’s nationwide lockdown on Sunday, May 10, with initial restrictions expected to be lifted from next week.

“The government will decide later this week whether to ease the lockdown, guided by the advice of public health experts,” Bailey said on Thursday.

“This decision will shape the path by which the economy is brought back into action.”

The country’s official virus death toll has overtaken Italy’s to become the highest in Europe, with more than 32,000 fatalities related to COVID-19 – behind only the United States in the global tallies.

It comes amid reports that finance minister Rishi Sunak is looking into tapering the government’s furlough scheme that is paying UK workers stuck at home.

Latest government figures showed 6.3 million people were being paid up to 80% of their salaries, costing the taxpayer £8 billion.

Aviation is among the worst-hit sectors.

British Airways owner International Airlines Group on Thursday said it had plunged into a quarterly loss as the virus grounded planes, adding that pre-crisis passenger demand would not return until 2023. – Rappler.com