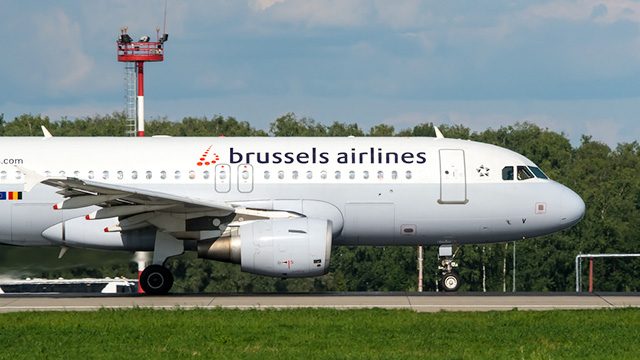 BRUSSELS, Belgium – Belgium’s biggest carrier Brussels Airlines, hammered by the collapse in travel due to the coronavirus, said on Tuesday, May 12, it plans to slash 1,000 jobs – a quarter of its workforce.

“The extremely negative impact of the coronavirus crisis on the company’s financials and the ongoing very low demand for air travel urge Brussels Airlines to take substantial and indispensable measures to guarantee the survival of the company,” the airline, which is owned by German flag carrier Lufthansa, said in a statement.

The recovery path unveiled by the company also includes a fleet reduction of between 38 and 54 aircraft, a cut of 30%.

“The overall size of the company, and consequently its workforce, will be reduced by 25%,” Brussels Airlines said, adding that it would “work with its social partners to reduce the number of forced redundancies to an absolute minimum.”

The company, born in 2002 from the ashes of Belgium’s historic carrier Sabena, said it hopes to “develop profitably as soon as demand for air transport has returned to a new normal, which is expected from 2023.”

Since March 21 and the temporary suspension of all its flights, the company “is losing one million euros a day due to loss of revenue and costs that cannot be avoided, such as the leasing and maintenance costs of its aircraft.”

Air travel has virtually disappeared amid restrictions to combat the coronavirus pandemic and Brussels is only the latest major carrier to announce major cuts.

Despite the layoffs, Brussels Airlines said it still hopes to receive financial support from Lufthansa and the Belgian government, with bailout talks ongoing.

Belgian Finance Minister Alexander De Croo said his government waiting to hear a plan from Lufthansa, which became a shareholder of Brussels Airlines in 2008 before taking full ownership in 2017.

“A credible plan for the future must be put on the table, with sufficient guarantees for the role Brussels Airlines will play after the crisis,” De Croo said in a statement.

“We do not want a liquidation scenario – there must be investment. We are waiting for a clear signal from the German parent company.”

Germany’s national carrier, which also owns former flag-bearer fliers Austrian and Swissair, is currently in talks to give the German government a stake of up to 25% plus one share as part of a massive bailout.

This partial state ownership would give German officials veto power over decisions such as job cuts and the carrier’s post-crisis strategy. – Rappler.com