Are oil prices over the worst of the crisis?

May 22, 2020 11:00 AM PHT
Agence France-Presse
Facebook Twitter Copy URL
Copied
While oil prices are recovering from historic lows, the market remains vulnerable to a much-feared second wave of coronavirus infections – and lockdowns 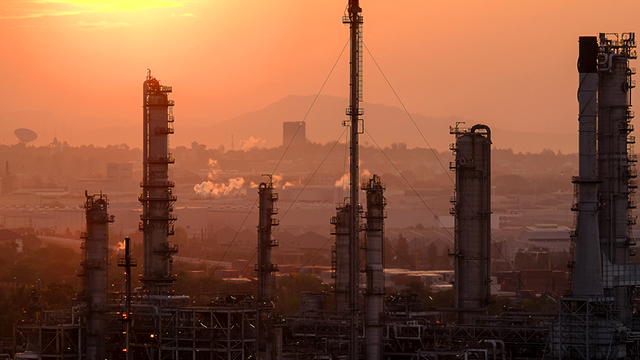 LONDON, United Kingdom – World crude prices have staged a modest recovery from last month’s dizzying collapse, prompting analysts to wonder whether the worst of the 2020 oil crisis is over.

The commodity tanked for the first time into negative territory in April, plagued by the demand-destroying coronavirus, chronic oversupply, and a Saudi-Russian price war.

West Texas Intermediate (WTI) crude hit a historic low of -$40.32 per barrel on April 20 as sellers were forced to pay to offload the May contract amid scarce storage capacity. Brent North Sea oil then dived as low as $15.98 on April 22 but did not turn negative.

Fast forward one month, however, and both oil prices are currently trading at around $35 per barrel.

“Like a phoenix from the ashes…oil prices have recovered significantly from their lows in April,” said Commerzbank analyst Eugen Weinberg.

Behind the recovery is an easing global supply glut, and nations beginning to relax lockdown restrictions that have crippled oil-intensive sectors like transport and manufacturing.

Yet some analysts warn that the market remains vulnerable to a much-feared second wave of coronavirus infections – and lockdowns.

The deadly pandemic has so far killed 328,000 people worldwide and infected more than 5 million, according to an Agence France-Presse tally.

“What about the bottom in oil prices: is it behind us or ahead of us?” asked Rystad Energy analyst Bjornar Tonhaugen.

“After the latest shut-ins and the news that more production will be cut in the Middle East, we now see an increased possibility that prices have already reached the bottom – unless a second lockdown wave comes.”

Prices went into freefall in April as the deadly COVID-19 outbreak slammed the brakes on the world economy – and sent energy demand off a cliff.

At the height of the market meltdown, the world was awash with crude, with storage stretched almost to full capacity both onshore and offshore.

However, the main United States oil depot in Cushing, Oklahoma, was not overwhelmed at any point.

In an attempt to defend oil prices and rebalance the oil market, the OPEC+ alliance of major producers led by Riyadh and Moscow agreed in April to slash daily crude production by 9.7 million barrels per day over two months.

The US, which is the world’s biggest oil producer, has meanwhile curbed the pace of costly shale oil extraction – which is unprofitable in times of ultra-low prices.

“Oil demand has bottomed out and oil supply from OPEC+ and North America is falling sharply,” added Weinberg.

“The oil market is thus no longer as oversupplied as feared.

“Rising demand and the massive production cuts are likely to cause a considerable supply deficit in the 2nd half of the year. The sharply increased inventories should then fall noticeably.”

The International Energy Agency has forecast that global oil demand will fall by a record amount this year on the coronavirus – but also added that the worst may well now be over.

OPEC predicted last week that the rebalancing of the oil market would accelerate over the next few quarters.

In a further twist, the WTI front-month contract switched this week from May to June – and the move did not spark the same havoc as last month.

Yet traders caution that demand will remain fragile, set against the backdrop of a widely forecast global deep economic downturn sparked by the coronavirus.

“Oil demand is on the path to a gradual-but-fragile recovery,” said PVM analyst Stephen Brennock. – Rappler.com