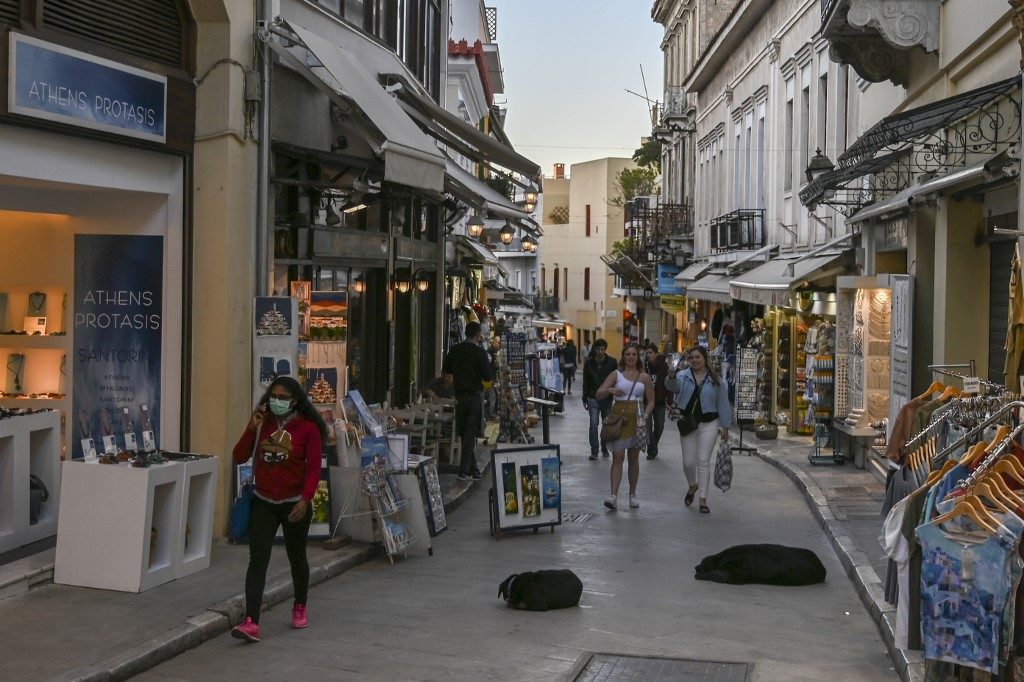 ATHENS, Greece – Greece is “more than just sea and sun,” the country’s prime minister said on Thursday, June 4, as a campaign was launched to resurrect its tourism-dependent economy from the coronavirus lockdown.

“We are opening Greece’s windows and doors to the world gradually but with optimism,” premier Kyriakos Mitsotakis said during the presentation.

“What we want to communicate is that Greek summer…is a state of mind,” he said.

“The entire world probably needs this vacation more than ever before,” the PM said.

“Enjoy your Greek summer, wherever you are,” says the short ad, accompanied by an overhead shot of a grey-white beach and azure waters.

Mitsotakis said the message was designed to entice even travelers unable to visit this year, looking forward to 2021 and 2022.

The PM has already warned the country that the economy would fall into a “deep recession” this year before rebounding in 2021.

Provisional data released by Elstat earlier on Thursday showed how important it is to get the tourism sector back on its feet.

Greece has announced a “bridge phase” between June 15 and 30, during which airports in Athens and Thessaloniki will receive regular passenger flights.

Other regional and island airports are to open on July 1.

Greece plans to impose a 7- to 14-day quarantine on travelers from only the hardest-hit areas as identified by the European Union Aviation Safety Agency.

Sample tests will also be carried out at entry points for epidemiological purposes however.

With 180 coronavirus deaths among 11 million residents, Greece seeks to market itself as a healthy holiday destination.

Mitsotakis on Thursday vowed that his government would be “strict” in monitoring health protocols.

On Tuesday, June 2, Athens said it was suspending flights to and from Qatar until June 15 after 12 people on a flight from Doha tested positive for COVID-19.

Earlier Thursday, Greek media reported that a first batch of nearly 190 tests among residents of the Cycladic islands, one of Greece’s most popular destinations, had turned up negative.

The country desperately needs to attract visitors this year.

The latest finance ministry estimate suggests that for 2020 as a whole, business activity could drop by up to 13% from the level in 2019.

Between 2009 and 2018, Greece suffered its worse economic crisis in modern times, and had begun to slowly regain some of the lost ground before it was hit by the impact of coronavirus restrictions.

The country was shut down for 6 weeks, and the International Monetary Fund forecast in May that GDP would decline by 10% this year before growing by 5.5% in 2021.

Tourism accounts for around 20% of Greek GDP, so it is crucial that visitors be attracted back to the nation’s beaches and iconic island villages.

The government has earmarked around 24 billion euros ($27 billion) to support businesses through the pandemic, but has also given companies flexibility to juggle staff working hours.

Unions say this will lead to worker exploitation, a longstanding complaint during the Greek tourism season.

Hotel and other tourism workers on Thursday demonstrated in front of the labor and tourism ministries to highlight that many in the industry were living on jobless benefits of 400 euros.

They spray-painted a scarlet line in front of the labor ministry to represent a red carpet rolled out to employers. – Rappler.com