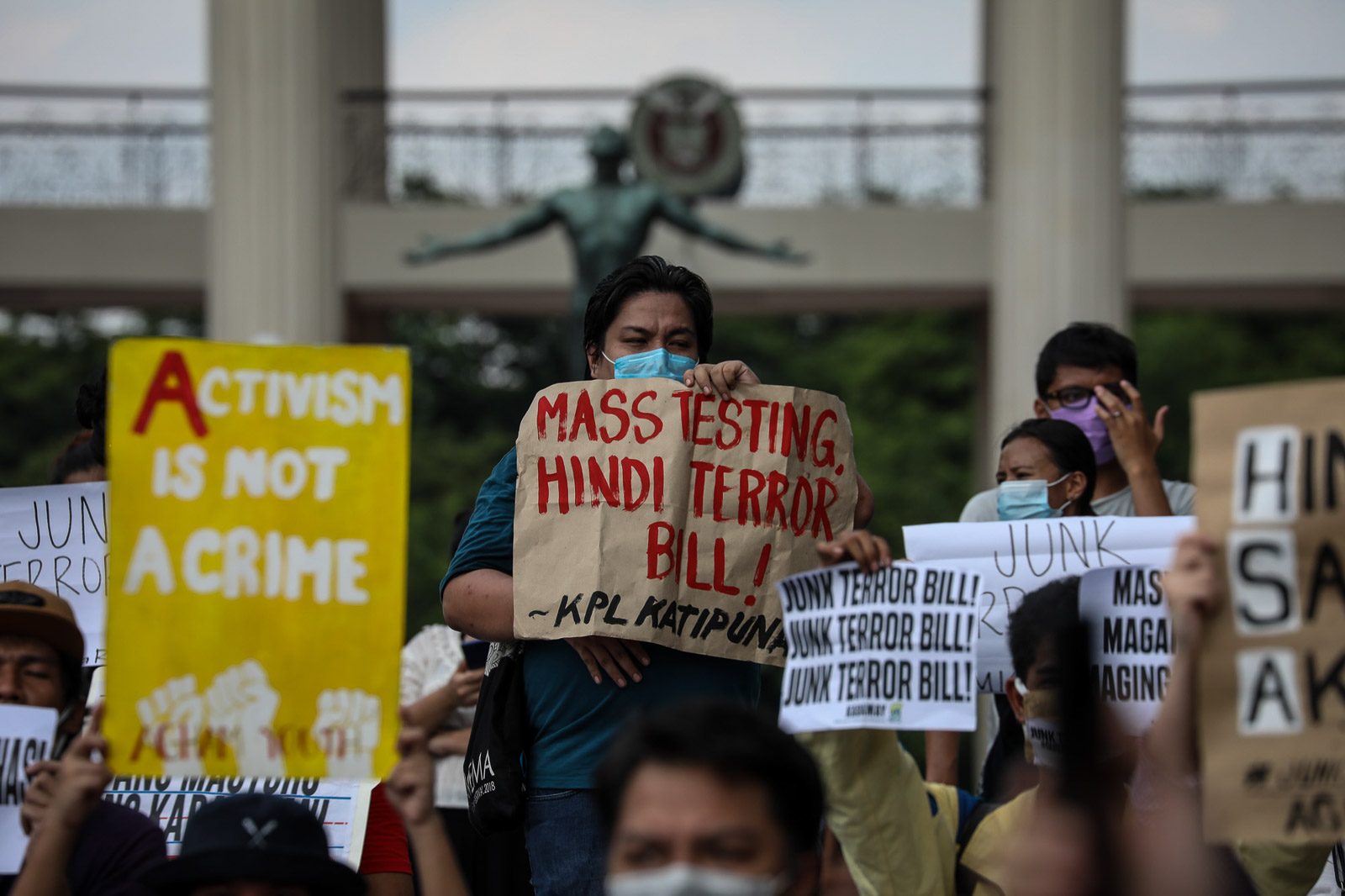 Facebook Twitter Copy URL
Copied
During the coronavirus pandemic, what the country needs is 'national unity' and not a bill that 'poses clear and present danger to human rights,' 8 business groups say in a joint statement

MANILA, Philippines – Business groups on Friday, June 5, urged the national government to focus on addressing the effects of the coronavirus pandemic instead of passing the “highly divisive” anti-terrorism bill that is now up for the President’s signature.

In a statement on Friday, 8 business groups voiced “in the strongest possible terms” their opposition to the enactment of House Bill 6875 or the proposed Anti-Terrorism Act of 2020, which House lawmakers this week passed on 3rd and final reading. The Senate passed a similar version of the bill in February.

The groups said “current threats to national security” do not require new legislation as they are already “well addressed” by existing laws and policies.

“And the Anti-Terrorism Act of 2020 is highly divisive – because it poses clear and present danger to human rights enshrined in our Constitution – at a time when our nation needs to come together as one,” the statement read. (READ: ‘Terror law’: The pet bill of the generals)

Friday’s joint statement was issued by the following:

The groups called for “national unity” as the country continues to battle the ongoing coronavirus pandemic.

“We are all suffering and fighting for survival: businesses are closing down, people are losing their jobs, those who still have jobs find it impossible to find safe transportation to work, our children are going hungry and the continuity of their education is under threat. We need to come together, united around a set of relief and recovery measures that will help us come out of this pandemic a stronger and more resilient nation,” the groups said.

The groups then called for both national leaders and the private sector to focus on developing policies that would address “multiple socio-economic shocks,” strengthening the country’s health systems, and improving investment climate to create more jobs, especially with thousands of overseas Filipino workers returning home.

Because the House and the Senate approved similar versions, the anti-terror bill didn’t need to pass through lengthy bicameral conference committee meetings. Instead, the measure will become an enrolled bill, which can immediately be sent to Malacañang for President Rodrigo Duterte’s signature.

Congress’ approval of the controversial measure sparked online and street protests. Civic groups and human rights lawyers denounced the bill, which they fear will be used to stifle dissent from government critics. – with a report from Mara Cepeda/Rappler.com