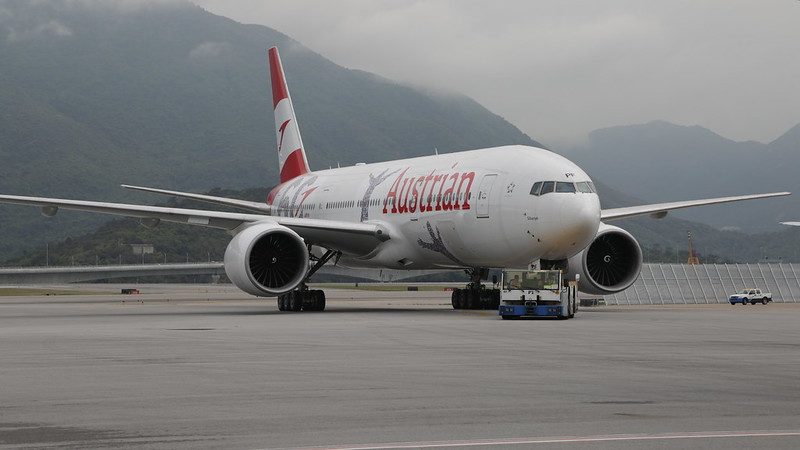 Facebook Twitter Copy URL
Copied
As the Austrian government announces a rescue package for Austrian Airlines, it also says a minimum ticket price of 40 euros will be introduced for 'sustainable and fair aviation'

In a press conference announcing the rescue deal, ministers said a minimum price of 40 euros ($45) will be introduced to combat “social and environmental dumping” in the aviation industry.

“It will no longer be possible to offer tickets which are cheaper than the actual costs,” said Environment Minister Leonore Gewessler, referring to the social and environmental impact of the industry.

Austria will provide 450 million euros of the rescue package, with the rest coming from German giant Lufthansa, of which Austrian Airlines is a subsidiary, Chancellor Sebastian Kurz said.

The Austrian government will guarantee 300 million euros in loans on top of a 150-million-euro grant, he added, confirming earlier media reports of the deal.

Finance Minister Gernot Bluemel said the airline would be taken into state ownership if it wasn’t able to pay the loans back.

Kurz said the airlines and the government had agreed to 3 goals: saving jobs, maintaining Vienna as a key hub, and “necessary measures in terms of climate protection.”

The current government is a coalition of Kurz’s center-right People’s Party (OeVP) and the Green party.

Prominent Green politicians such as Gewessler had made clear in recent weeks that they wanted any deal to come with conditions to reduce the environmental impact of aviation.

Gewessler said that the minimum price would mean “the end of one-euro tickets,” adding that the measure would make Austria a European “pioneer.”

“I think this is what’s necessary for sustainable and fair aviation,” she said.

Austrian Airlines has also promised to increase fuel efficiency by 1.5% annually and to cut CO2 emissions per 100 passenger-kilometers from 9.55 kg to 8.5 kg by 2030.

She said the government had also confirmed funding to bring in an annual ticket for all public transport in Austria for the equivalent of 3 euros a day from 2021.

Later this month, Lufthansa is to ask shareholders to back a 9-billion-euro bailout deal negotiated with the German government, which will take a 20% stake in the group under the agreement.

Austrian Airlines’ fleet has been largely grounded for almost 3 months due to the restrictions introduced to fight the new coronavirus pandemic, which have devastated the international travel industry.

The airline plans to restart flights from June 15 to several European destinations and Tel Aviv.

Some long-distance services will be restarted in July, including to New York, Washington, and Bangkok. – Rappler.com