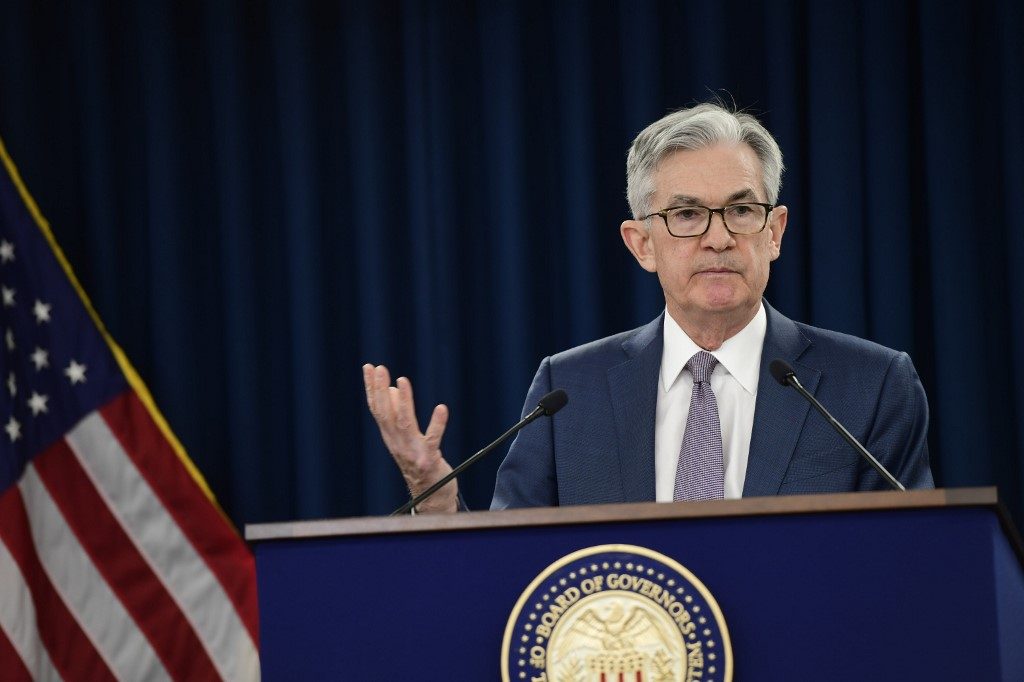 And unless consumers feel confident COVID-19 has been defeated, “a full recovery is unlikely,” Powell warned in his semi-annual testimony before the Senate Banking Committee.

The pandemic has inflicted its worst consequences on low-income and minority groups, and the contraction of gross domestic product in the April-June quarter “is likely to be the most severe on record,” said the central bank chief, who was testifying via video link.

Recent economic data have offered some promising signs that a recovery is underway, cheering Wall Street investors. US markets closed higher again on Tuesday, and major indices have recouped much of the losses suffered since the pandemic struck in March.

Earlier in the day, the Commerce Department said retail sales posted a surprise spike of 17.7% in May, coming in nearly double the gain economists had expected.

And the Fed reported that industrial production rebounded by 1.4%, after two months of steep declines.

That adds to the data released earlier this month showing the economy adding 2.5 million positions in May as the unemployment rate ticked down to a still-high 13.3%, as well as various surveys showing consumers and businesses becoming more optimistic about their prospects.

President Donald Trump, who has downplayed risks of the virus and instead focused on reviving the economy as he faces a tough reelection battle in November, cheered the good news.

“You’ll see the 3rd quarter numbers will be very good. You’ll see 4th quarter will be really good and you’ll see next year will be one of the best economic years this country has ever had,” Trump said at a White House event.

But Powell cautioned that despite the positive data, the economy has shed 20 million jobs and “the levels of output and employment remain far below their pre-pandemic levels, and significant uncertainty remains about the timing and strength of the recovery.”

He noted that the burden from the business shutdowns to contain the spread of the virus “has not fallen equally on all Americans.”

“Instead, those least able to withstand the downturn have been affected most,” with the heaviest job losses felt by Hispanics, African Americans, and women, Powell said.

“If not contained and reversed, the downturn could further widen gaps in economic well-being that the long expansion had made some progress in closing,” he said.

The Fed chief, who once again lamented racial injustice amid nationwide protests over the killings of African Americans, said racial gaps in employment are “not a healthy feature” of the US economy.

Even before the lockdowns were in full effect nationwide, the Fed slashed interest rates to zero and flooded the financial system with cash, then rushed out a series of lending programs to support businesses as well as state and local governments.

The central bank also is working to roll out a facility to help nonprofit organizations.

However the Fed can only lend, not spend, and Powell again told lawmakers that more support may be needed, noting there will be “an awful lot of unemployed people for some time.”

In a separate address, Fed Vice Chair Richard Clarida was more direct, saying aid is “essential to sustain economic activity and complement what monetary policy cannot accomplish on its own.”

Congress continues to debate whether to extend the extraordinary unemployment benefits put in place in the CARES Act passed to counter the pandemic, with many Republicans advocating scaling back the aid.

Former Fed chair Ben Bernanke on Tuesday co-authored a letter to congressional leaders urging additional support to address the economic suffering and saying it “must be large.”

“Congress must pass another economic recovery package before most of the support in the CARES Act expires this summer,” he said in the letter co-signed by Powell’s predecessor Janet Yellen and two Nobel laureates as well as numerous economists. – Rappler.com