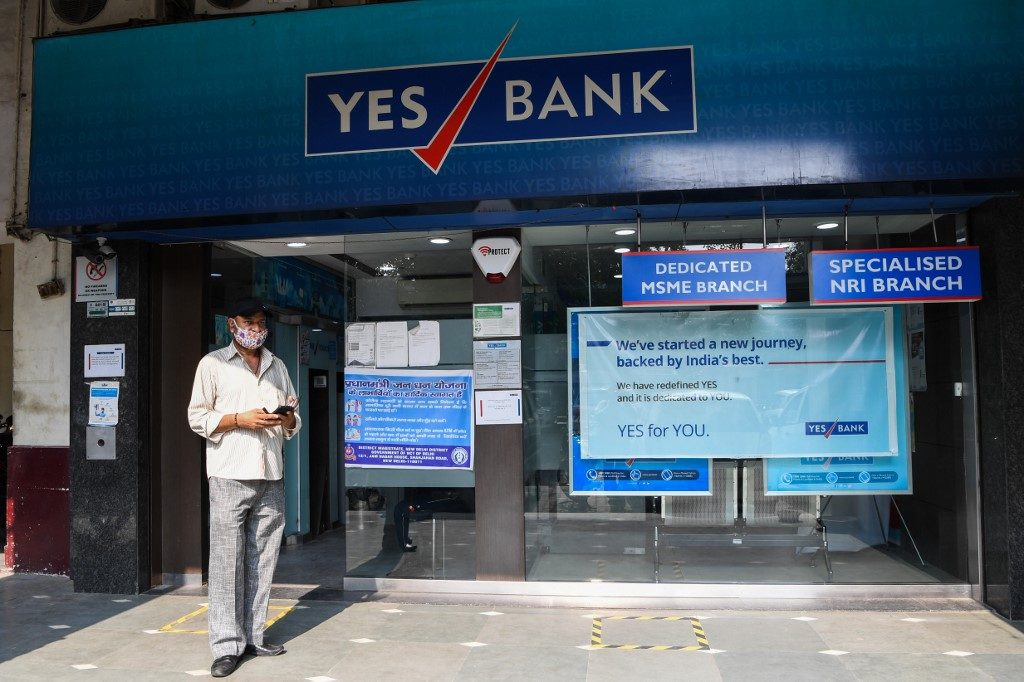 MUMBAI, India – India’s embattled Yes Bank, which was on the brink of collapse earlier this year, announced plans on Thursday, July 9, to raise up to 150 billion rupees ($2 billion) in a Mumbai stock listing.

The country’s 4th largest lender was struggling with bad loans before the Reserve Bank of India took it over in March and drew up a rescue plan backed by 8 other banks.

It will now look to bolster its balance sheet through the share offering from July 15 to 17, according to a stock exchange filing.

Liquidity worries have dogged India’s financial system for more than a year after the near-collapse of IL&FS, one of the nation’s biggest “shadow banks” – finance houses responsible for significant consumer lending.

This has made banks reluctant to issue loans and further hindered Asia’s 3rd largest economy, which has been clobbered by a months-long lockdown brought on by the coronavirus pandemic.

Recession fears prompted the government to allow many businesses to resume operations from last month despite the increase in infections, which have now crossed 760,000.

The country’s largest lender, State Bank of India (SBI), has already invested 72.5 billion rupees in Yes Bank as part of the March bailout.

Yes Bank shares were up more than 1% in Mumbai after Thursday’s announcement. – Rappler.com