In this series, we will be interviewing different game developers from around Southeast Asia to see how they got into the game industry, what kind of games they make, and what their favorite games are.

Our first subject is Bari Silvestre, CEO and one-man indie development team behind Keybol Games from the Philippines. Bari has achieved indie fame due to the success of his game called “Pretentious Game” on iOS and Google Play. Here is our interview with Bari: 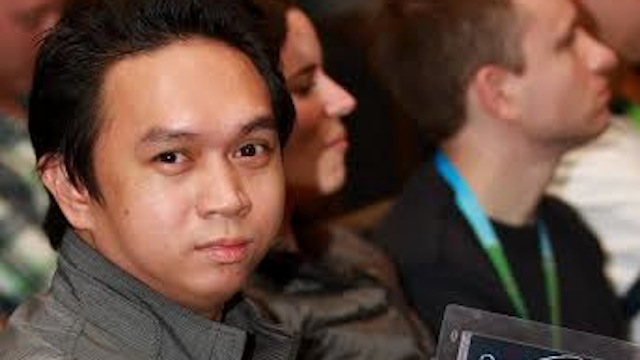 Q: How did you get started into games? When did you start Keybol Games?

In 2009, I was trying to earn some money with my blog about Flash game walkthroughs. I decided to create my own games so I can get links to my blog. They were room escape games and it was a good way to learn what players want. One of my games that year, “I Hate This Game” which is similar to the recent hit 100 Doors made the frontpage of Newgrounds (a popular Flash game portal) for 2 weeks with 500,000 plays.

I was so inspired from then on that I decided to learn how to make games in other genres. I made a platformer and it was sponsored by Newgrounds for little money and I was really happy to make something from it. In 2010 I discovered FlashGameLicense (a marketplace for Flash games) where I sold most of my games.

Q: What are the favorite games you played growing up?

In the 1990s I played every Mario, Megaman and Sonic game. I also played Street Fighter and King of Fighters in arcades.

Q: What was the first game that you made, and how did it do in the marketplace?

The first game I made was very crappy. It’s my first time to code and I got it from a tutorial in the web. It is a one screen room escape game that was pretty buggy. My first games have little to no impact during those days as they were really niche.

Q: How did the idea for “Pretentious Game” come about?

It was inspired by a flash game “I Saw Her Standing There”. We, the developers at FlashGameLicense were very surprised at its success and very high score in gaming sites. Somebody said, “What a  pretentious game!”

The term stuck in my mind and I thought I could make my own pretentious game. Then came Ludum Dare 23 and I created a minimalist game with squares and “Pretentious Game” was born.

Q: How has Pretentious Game performed since its release? Can you share any download stats for iOS and Google Play?

The game now has 420,000 total downloads in AppStore and PlayStore. But the reception is what I really like. First the web versions were one of the ten showcased in Casual Connect Seattle 2012. Then in 2013, the sequel flew me to San Francisco for Casual Connect again. The highlight was winning Director’s Choice award and getting nominated in Best in Storytelling. I have also traveled to Japan and Amsterdam because of the game.

Making it to international events is huge for someone like me who grew up in a simple family. The game getting reviewed in top gaming sites like RockPaperShotgun, TouchArcade, PocketGamer and many others also means a lot to me. And of course, the player reviews are very positive.

Q: “Pretentious Game” was published on mobile via the French publisher Bulkypix. How did the deal with Bulkypix come about?

Working with Bulkypix is a great experience and I learned a lot. In fact I am working with them again with another game.

Q. What are you working on now?

I am working on Rubpix, a sliding block puzzle game which will be also published by Bulkypix. The game will have Kotaku-featured 4×4 pixel art by David Stoll. It will also be one of three indie games that will be presented  in the Game Slam event at Casual Connect Singapore 2014. I am also doing an idle game, World Eater Idle with an artist I found in IGDA Manila.

Q: What are the advantages and disadvantages of running a game development studio in Philippines?

Both the game development and gaming community is very supportive and inspiring. I don’t see any disadvantage as of now.

Gabby Dizon himself is a game developer. He has been making games since 2003 and is fascinated about entrepreneurship, especially in Southeast Asia.