Jan 4, 2012 3:39 PM PHT
Rappler.com
Facebook Twitter Copy URL
Copied
An energy official said SPEX's move is part of its risk management strategy and may have other plans for its oil and gas exploration business in the Philippines

MANILA, Philippines – The recent announcement of Royal Shell Dutch Group that its local unit is pulling out from an oil and gas exploration project off Palawan did not cause a worry for the government, an energy official said.

The move of Royal Shell’s subsidiary, Shell Philippines Exploration B.V. (SPEX), to withdraw its investment in Service Contract 54-B in northwest Palawan may just be part of the oil giant’s business strategy, according to energy undersecretary Jay Layug.

The energy official pointed out that SPEX’s move is part of its risk management strategy and may have other plans for its oil and gas exploration business in the Philippines.

“Shell is consolidating its exploration plans and pooling financial and technical resources for development  of oil and gas in the Philippines,” he said.

According to Layug, SPEX has assured the DOE that it would continue its businesses in the country and in fact will join the Philippine Energy Contracting Round (PECR) 4 for petroleum. PECR4 is a competitive bid round with the submission of bids between April and July 2012 for the various blocks.

The award of blocks to the successful bidder is expected to be in the second half of 2012.

In a report to the Australian Stock Exchange, Nido Petrolem Ltd. said SPEX has decided to withdraw its participation in Service Contract 54-B, which includes the Pawikan prospect.

Following the decision of SPEX to withdraw from the block effective from December 30, Nido Pertoleum will now own 60% of SC 54 B while another Australian firm, Kairiki Energy Ltd., will own the remaining 40%. 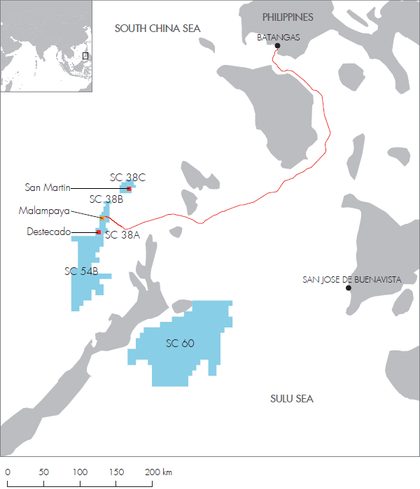 SPEX holds a 45% interest in block SC-38, which includes a production licence for the deepwater Malampaya, Camago and San Martin fields, which produce gas and condensate processed via an offshore platform in northwest Palawan. It also has a 55% interest and operates offshore block SC-60 in northeast Palawan.

Exxon Mobil also decided to pull out from its investment in SC 56 also located in northwest Palawan after no substantial reserves were found after drilling at least four wells in the area. – Rappler.com