Jun 7, 2015 3:15 PM PHT
Shadz Loresco
Facebook Twitter Copy URL
Copied
Showcasing the local chocolate brand in various tweaked recipes and novel concoctions is paying homage to nostalgia more than anything else. But some lament that Choc Nut is becoming rare these days 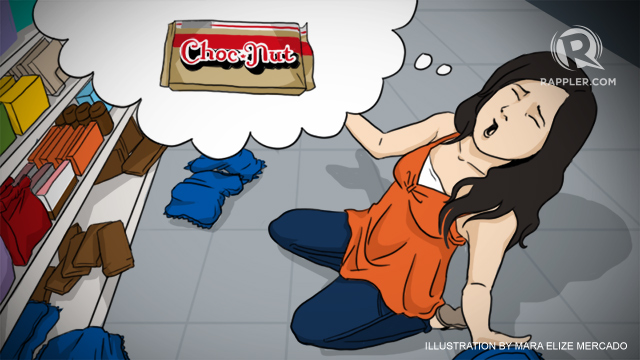 It places on the grand shelf of local products loved for their versatility as a signature ingredient in spinoff dishes. Those tiny bars of nutty milk chocolate, throughout the years, have been sprinkled on coffee, melted in cakes, even mixed with martinis – the list expands.

Its loyal following know this: You can eat your Choc Nut and drink it, too.

Among its kind in Metro Manila, this cocktail appears to be cited a lot on food-oriented websites. But the café’s Choc Nut Cake is the bigger hit. “We have always had a good response since we offered these items 11 years ago,” said Chef Kalel Chan. This has led to the recent addition of Leche Flan Turon with Choc Nut Sauce to their menu.

Inspiration for these creations arises not only from considering what sells, but also from pining for the younger days, with a hint of pride for the country’s answer to Reese’s Peanut Butter Cups or Peanut Butter M&Ms.

“It is good to showcase that we have our own chocolate brand before all these imported goods came in,” Chan said. 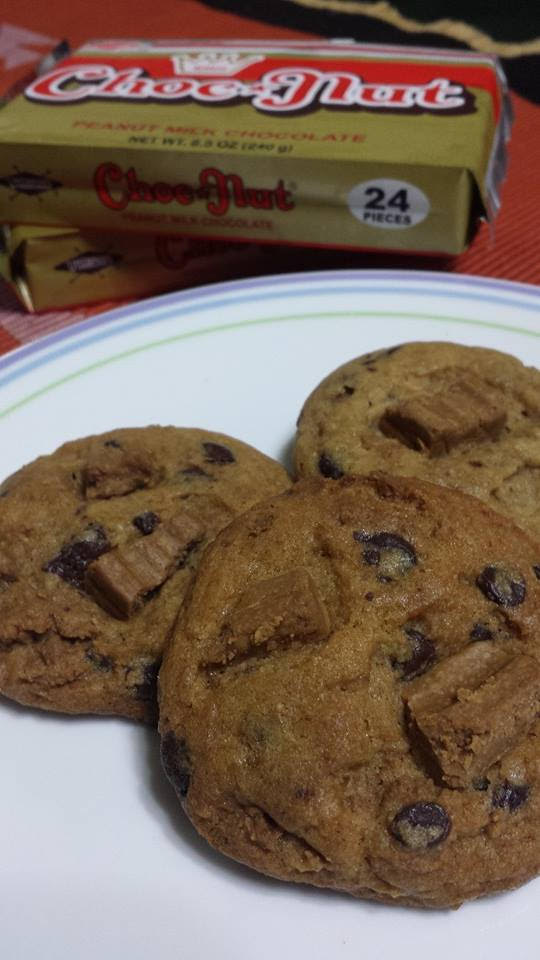 Apart from taste, the chocolate confectionery plays on nostalgia more than anything else. Childhood memories trump nifty packaging and clever branding.

“(Of the latter) I used to be able to finish a whole box, when it still came in boxes with the paper wrapper around the foil wrapper,” Pangilinan recalled. “They even used to have free 5 centavos at the back of the wrapper if you were lucky!”

She now makes cookies embedded with Choc Nut snips, a result of one of her takes on recipe-tweaking.

One day, Pangilinan looked for her star ingredient in a major grocery store and saw none. She found out through a phone call to New Unity Sweets Manufacturing Corporation (Unisman) in Malabon, the original maker, that the brand had changed hands. 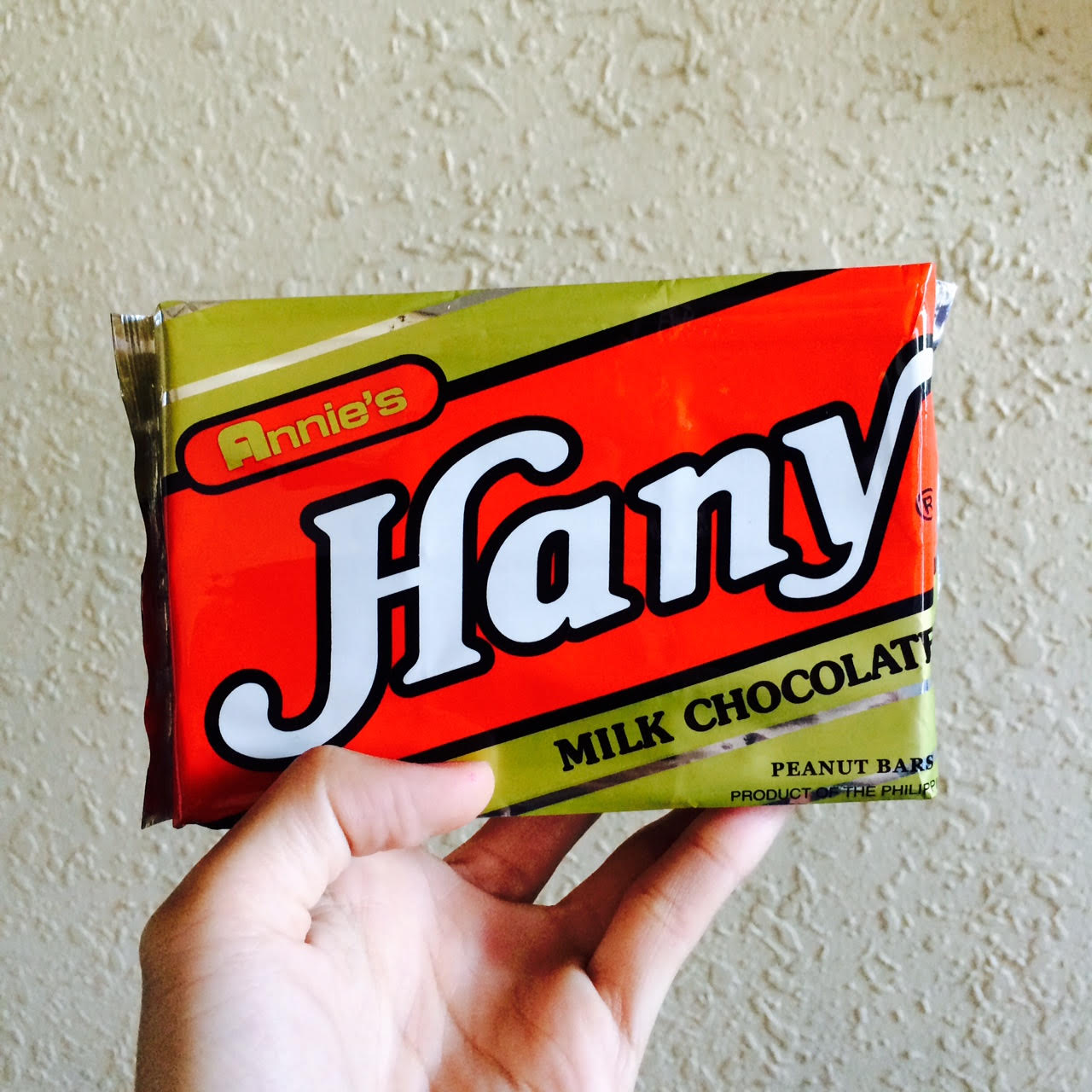 Through a quick check of the packaging, she surmised that the new owner was Unisman’s competitor and peanut milk chocolate brand Hany’s maker, Annie’s Sweet Manufacturing and Packaging Corporation in Imus, Cavite.

In late 2013, similar information appeared on online forum PinoyExchange, together with comments on the increased sweetness of Choc Nut. Several forum members, like Pangilinan, had scanned the label and realized where the difference lay.

Annie’s declined a Rappler interview, which sought to clarify the change in ownership. The question of whether King Choc Nut is now created using the same formulation as Hany’s also remains. 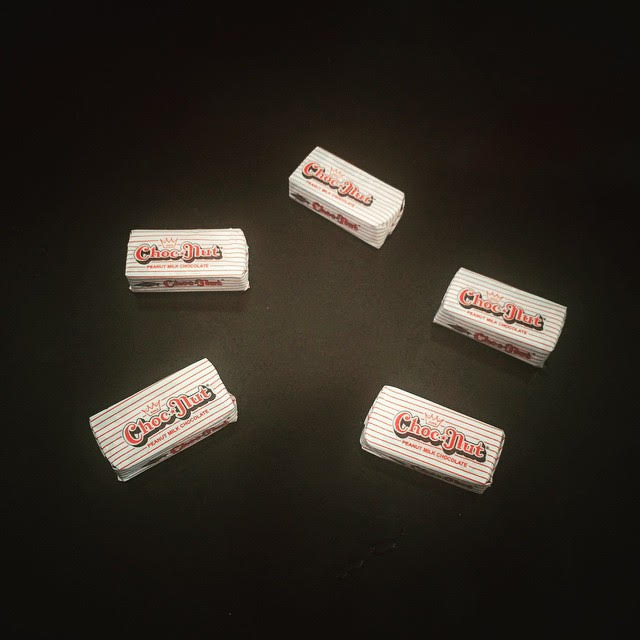 There is also the seemingly dwindling supply. Whereas Hany is easily accessible in convenience stores, Choc Nut is mainly present in supermarkets. This may be good for bulk buyers such as Pangilinan and Chan. For consumers having the occasional craving for these little bricks of peanut milk chocolate, a casual trip to a convenience store may not suffice.

Rico Rosales, a 52-year-old businessman from Lipa City, Batangas, has the habit of crushing pieces of Choc Nut and mixing it with vanilla ice cream. He is aware of the current lack of stock in some groceries.

“Choc Nut has always been a rare commodity to me,” shared Rosales, who used to live in Vigan, Ilocos Sur with his family. “Whenever my family and I would spend summers or Christmases in Batangas or Manila, nagho-hoard talaga ‘ko (I would stock up on it).”

Now he is forced to settle for Hany most of the time, he said.

According to global market research firm Euromonitor, Universal Robina Corporation comprises 34% of value share of the country’s chocolate confectionery industry in 2014, and Goya Incorporated continues to churn out counterparts to the likes of Hershey’s and Nestlé chocolate bars. Chocolates crafted by local artisans are also on the rise. (READ: The rise of Filipino-made pure chocolate)

But there is no telling, quantitative data for local chocolates brought abroad as pasalubong (homecoming gift), and where Choc Nut stands in the competition.

Yet, there are stories like that of 27-year-old Daena Esperanza, who just made it back to the Philippines. Esperanza said she had flown to the US with 12 packs of Choc Nut she purchased in SM Makati.

She added that her family in California could get their stash from the nearby Asian market, but for a higher cost.

Building a case for Choc Nut

In the country alone, production may not be matching the demand anymore.

For M Café, Chan and team have to stick with King Choc Nut. Resorting to another source would be straying from the nutty creations that have been all the rage among clients. Chan referring to the “market for nostalgia” that is borne out of recreating “a good product fit for the current demand” might as well be applied to the current Choc Nut supply-demand story.

For Pangilinan, she is not ready to give up her childhood staple treat just yet.

Questions flooded her after talking to the Unisman representative. She wanted to ask for a reason, to know why they yielded to competition. Did they not grasp the value of their following? Did they not recognize the versatility of their product?

Questions should be addressed to Annie’s now.

And Pangilinan already began building her case: “I believe Choc Nut is the only local product that could compete with Oreo and Nutella as add-ons to pastries and desserts.”

“I think it should be preserved as a national treasure. Dapat tangkilikin ang sariling atin (We should patronize our own products)!” she said. – Rappler.com