When Filipino youth David Ongchoco was applying to college in the United States, he came across many events to support entrepreneurs, including business plan competitions, hackathons, and startup weekends.

“I wondered why there weren’t as many opportunities like those in the Philippines for students to get involved in,” Ongchoco said.

When he returned to the Philippines for the summer, he resolved to address this gap.

Its purpose was to teach them more about technology and entrepreneurship. While it was easy to organize, it was not necessarily easy to attract participants.

“After the first two weeks of registration, there were only three teams that registered and all 3 of them were composed of people I knew already,” Ongchoco said.

Ongchoco came across a friend’s Facebook post from a summer camp she had attended with some of the top high school students in the country.

He messaged each student asking them to register for YouthHack as well as share details about the event in their individual school groups.

His efforts paid off. A total of 23 teams registered for YouthHack Manila, 19 of whom showed up to attend the two day event. 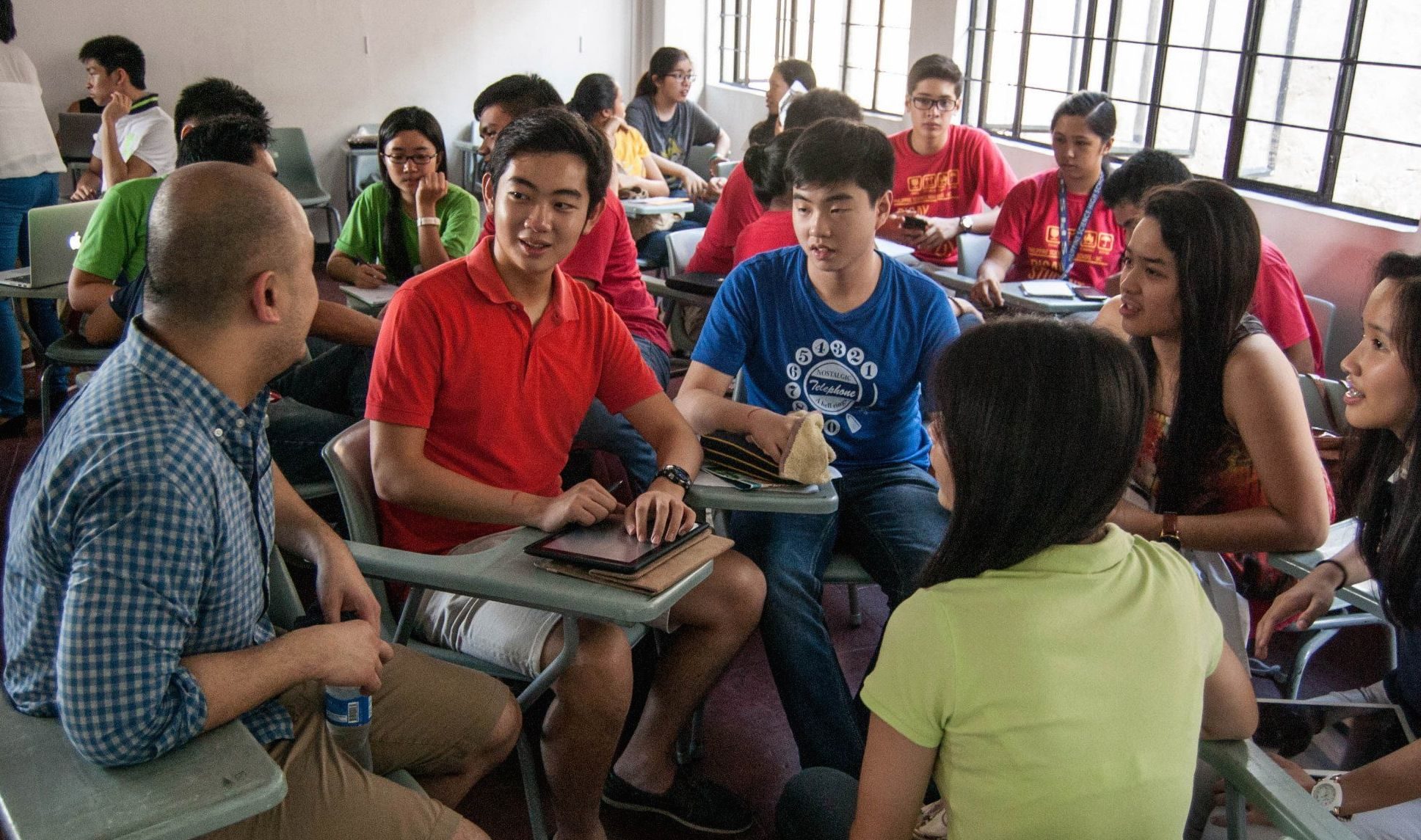 Ongchoco said he was equally impressed with the attendees. “I was really inspired by the variety of ideas that the students came up with that all tried to solve a social problem in our country,” he shared.

As an example, the team that won second place at YouthHack Manila, Applica (formerly the PhilApp), was creating an online “common app” for the Philippines. This would allow students to apply to multiple schools from a single application.

They continued to pursue the idea after YouthHack Manila, pitching at Harvard University, Stanford University, and Wharton School of the University of Pennsylvania.

The team, led by recent Xavier School graduates King Alandy Dy and James Jefferson Tan, now even has a fully functional prototype that they are trying to onboard schools to.

The success of Applica inspired Ongchoco to make YouthHack an international brand.

They already hosted YouthHack Philly (Philadelphia) and YouthHack Singapore is slated for June 28.

The YouthHack Manila Summit is itself scheduled for July 25 and 26 of this year. This year’s incarnation is different in that it is now open to both high school students and college students.

“While we initially started out with high school students because we had just graduated from high school and were more familiar with what programs high schools lacked, we’ve eventually realized that a lot of university students, especially in developing countries need programs like YouthHack as well,” Ongchoco shared.

The two-day summit is composed of talks, workshops, networking sessions, and a grand finale in which the finalists get to pitch to their business idea to a panel of judges and investors. According to Ongchoco, the goal of these activities is as much about developing the right mindset as it is practicing business specific skills.

“We want them to develop the ‘YouthHack’ mindset, which is about taking risks, thinking different, getting things done, finding solutions to everyday problems and turning ideas into reality,” he said.

“This will be followed by hours of hacking your own project together then presenting it to the rest of the students,” Ongchoco said, adding that the aim of this event is to kickstart STEM education in the country and encourage more students to learn how to code.

Perhaps what’s most inspiring about the YouthHack narrative is that Ongchoco is still only a rising sophomore at the University of Pennsylvania. How was he able to mobilize such wide support for YouthHack as only a college student?

Ongchoco cited his willingness to take risks, and he called on other entrepreneurs his age to do the same. Ongchoco encouraged youth entrepreneurs to see the potential. “But think about the possibilities. That cold-email, random conversation and extra hustling and effort could make the biggest difference between success and failure,” he said. – Rappler.com