SM to seal deal with Cherry Foodarama in June 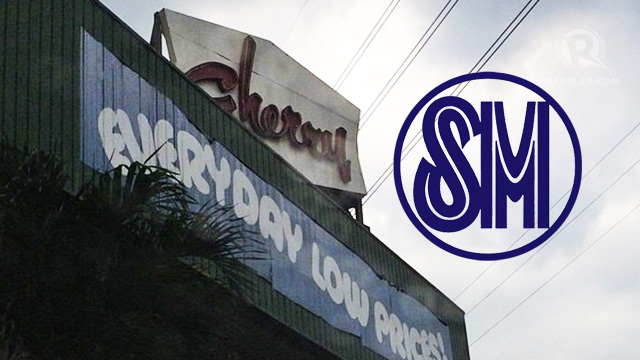 Owned by the Ong family, Cherry Foodarama has been in the business since the early 1950s and is considered one of the pioneers in the grocery business.

“We hope to sign the agreement sometime this month,” SM Investments co-vice chairperson Teresita Sy-Coson said in an interview at the sidelines of the Shareholders Association of the Philippines forum on Wednesday, June 24.

Sy, however, refused to divulge details of the transaction.

The Ong family will retain minority interest in the supermarket chain.

Sy stressed, though, that the company will not rebrand the supermarkets and instead will retain the name Cherry Foodarama for the 3 stores.

It was reported that Cherry Foodarama Shaw was originally rescheduled to reopen in May at its original site also along Shaw Boulevard, but did not push through due to the entry of a new investor.

All Cherry Foodarama supermarkets will reportedly close down Thursday, June 25, to pave the way for the entry of new investor.

In 2013, SMIC signed a 50:50 joint venture with the Waltermart group, through its subsidiaries SM Retail Incorporated and SM Prime Holdings Incorporated.

Despite increasing competition from other grocery chains such as Puregold Price Club Incorporated of Lucio Co, and Robinsons Retail Holdings Incorporated of the Gokongweis, SM group remains the biggest supermarket chain in the country.

For the rest of the year, SM’s retail group will open 3 SM Stores; 3 SM Supermarkets; 10 SaveMore stores; and one SM Hypermarket. – Rappler.com