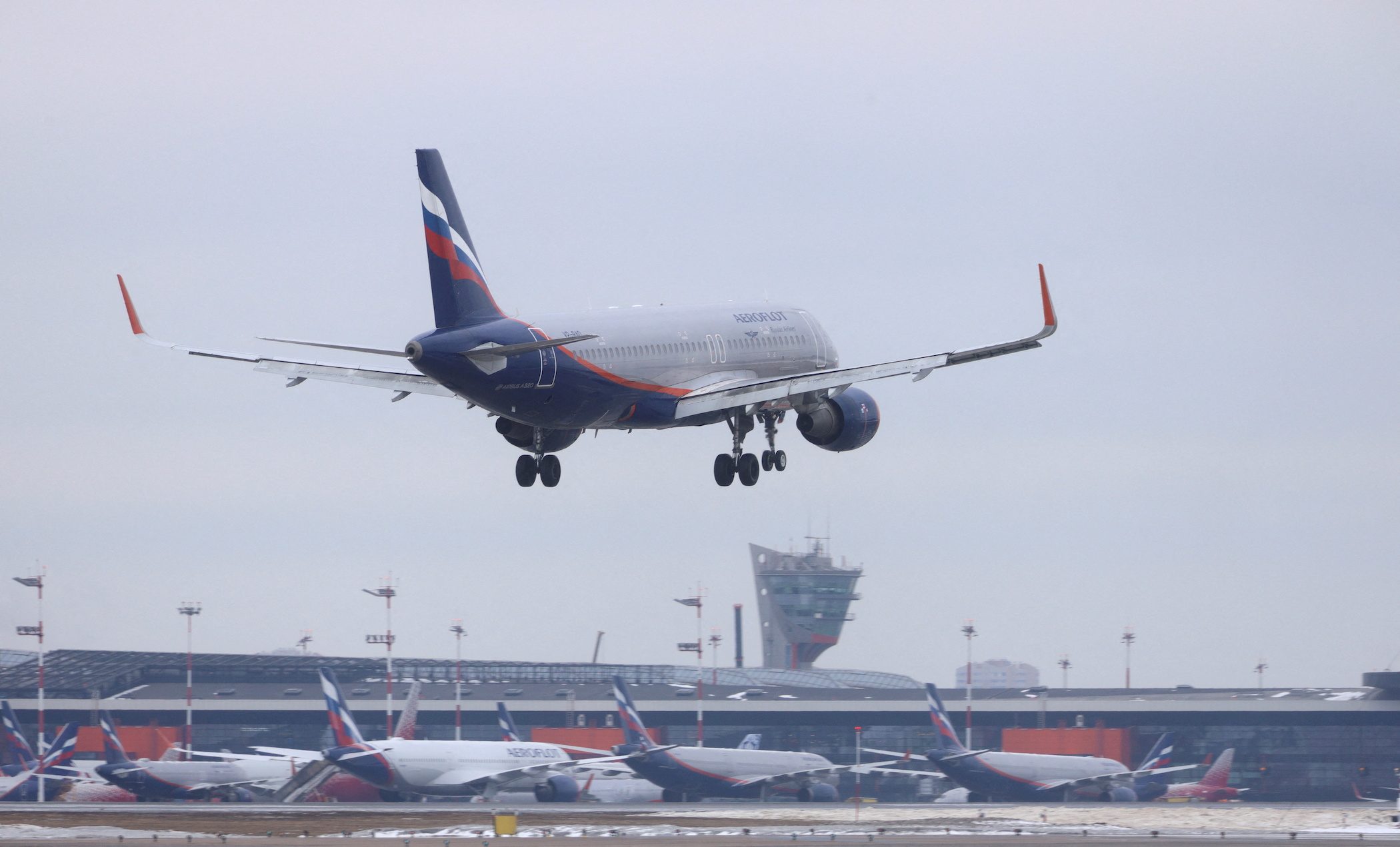 AEROFLOT. An Airbus A320 passenger plane of Aeroflot descends before landing at Sheremetyevo International Airport in Moscow, Russia, March 12, 2022.

Facebook Twitter Copy URL
Copied
Of the nearly 1,000 planes in the Russian fleet, 745 are registered in Bermuda, according to aviation consulting firm IBA

Bermuda’s aviation regulator said it is suspending certification of all Russian-operated airplanes registered in the British overseas territory due to international sanctions over the war in Ukraine, in a move expected to affect more than 700 planes.

The regulator said it was unable to confidently approve the planes as airworthy due to the impact of sanctions on its ability to conduct safety oversight. Manufacturers are no longer providing parts to Russian airlines as part of the sanctions.

The decision by Bermuda’s Civil Aviation Authority announced on its website late on Saturday, March 12, would normally lead to the planes being grounded as of its deadline of 2359 GMT on Saturday.

No plane is permitted to fly without a certificate of airworthiness, which is issued by the civil aviation authority in the country where the plane is registered.

In this case, however, flight tracking website FlightRadar24 showed a few dozen Bermuda-registered planes were flying over Russia’s airspace as of 1550 GMT on Sunday, March 13.

Of the nearly 1,000 planes in the Russian fleet, 745 were registered in Bermuda, aviation consulting firm IBA said on March 1. Of those, 713 were leased and 32 owned.

Russia’s government said on Thursday, March 10, it had proposed allowing foreign planes leased by Russian airlines to be registered as the airlines’ property, and for them to be given Russian airworthiness certificates.

The move followed Russia’s state aviation authority recommending that Russian airlines with foreign-leased aircraft suspend flights of passengers and cargo abroad, making it harder for lessors to repossess the planes.

Global leasing companies staring at an imminent deadline to repossess more than 400 jets worth almost $10 billion from Russian airlines have received mostly radio silence as experts warn of legal wrangling that could last a decade.

Mutual air closures by the European Union and Moscow over the war in Ukraine have left Russian aviation in near isolation.

Sanctions imposed by the EU in the wake of Russia’s invasion of Ukraine give leasing firms until March 28 to free themselves from deals with Russian airlines.

Russia calls its actions in Ukraine a “special operation” that it says is not designed to occupy territory but to destroy its neighbor’s military capabilities and “de-Nazify” the country. – Rappler.com