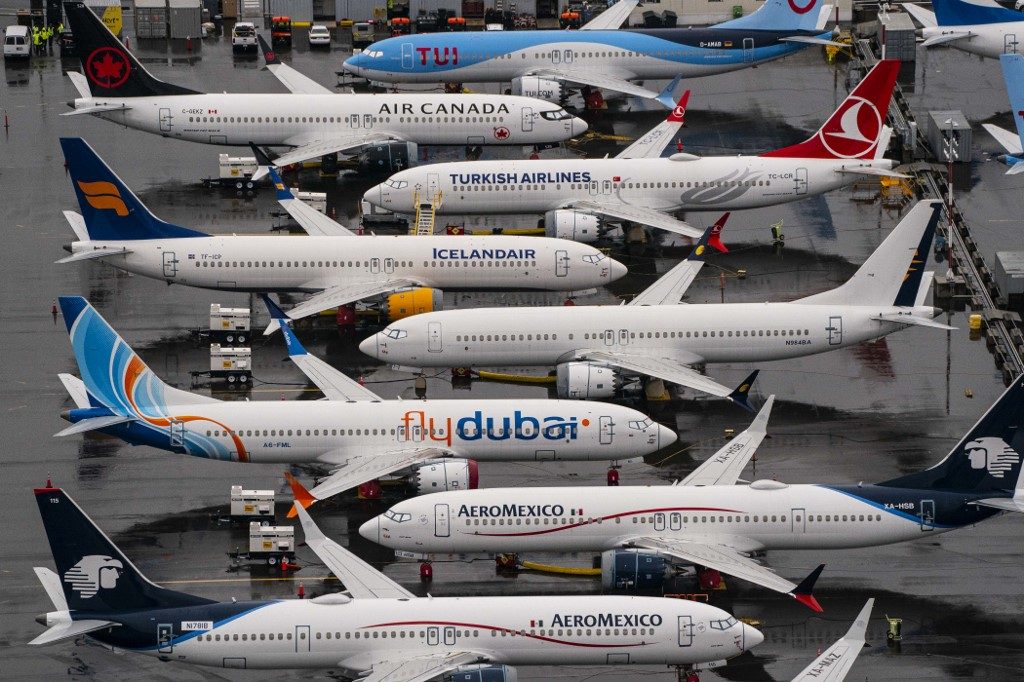 Facebook Twitter Copy URL
Copied
Here are a series of questions and answers on the Boeing 737 MAX, and what lies ahead

United States regulatory agency Federal Aviation Administration (FAA) on Wednesday, November 18, authorized Boeing’s 737 MAX to return to the skies following its grounding after two deadly crashes, but it will still be weeks before the plane is put back into service.

Boeing meanwhile faces a long road ahead to overcome a crisis worsened by the pandemic.

Here are a series of questions and answers on the aircraft, and what lies ahead:

When will the MAX fly again?

The FAA authorization marks the official end of its 20-month grounding in the United States.

But airlines who already have the planes as part of their fleet must carry out modifications required by the FAA.

They must also train their pilots on the new system, which must be validated by the regulator, and it is expected to involve time in a simulator.

There are currently about 50 simulators worldwide, and they must also be used with stricter sanitary measures due to the coronavirus pandemic.

Southwest, which operates the largest number of MAX planes in the world, has indicated that it will likely not return them to the skies before the 2nd quarter of 2021 to allow time for its 9,000 pilots to be trained.

Elsewhere in the world, aviation authorities will have to decide if and how the planes will be returned to service.

Transport Canada and the European Aviation Safety Agency have already carried out test flights on the 737 MAX.

The European agency will publish an airworthiness directive by the end of the month that will be opened to comment for 28 days. It will take a final decision late this year or early next.

When will new planes be delivered?

Boeing has 450 planes in stock ready to be delivered to customers, with some having waited more than 20 months.

It’s not simply a question of opening the doors to ventilate them and vacuuming them. They must also be modified to integrate the changes required by the FAA.

Boeing will also have to completely change the interior of some planes prepared for clients that have canceled their orders.

FAA officials will examine each plane in person before awarding certificates of airworthiness and export.

Boeing hopes to be able to deliver half of its planes in stock by the end of 2021 and most of the remainder in 2022.

Beyond issues related to the Lion Air and Ethiopian Airlines accidents, Boeing is also facing the sharp drop in airline traffic linked to the pandemic.

It is unclear how many of the 555 order cancellations between March 2019 and October 2020 were linked to the grounding of the plane or to airlines’ financial troubles.

The question now is how many more will be ordered.

Boeing will work hard to avoid having customers cancel 737 MAX orders and the services associated with them, said Ken Herbert of Canaccord Genuity.

“Getting the MAX in the air and getting a vaccine at some point will certainly help,” said Herbert.

“But they’ve taken on so much debt they don’t have any money to invest in the new products right now, while they are losing a lot of market share to Airbus.” – Rappler.com