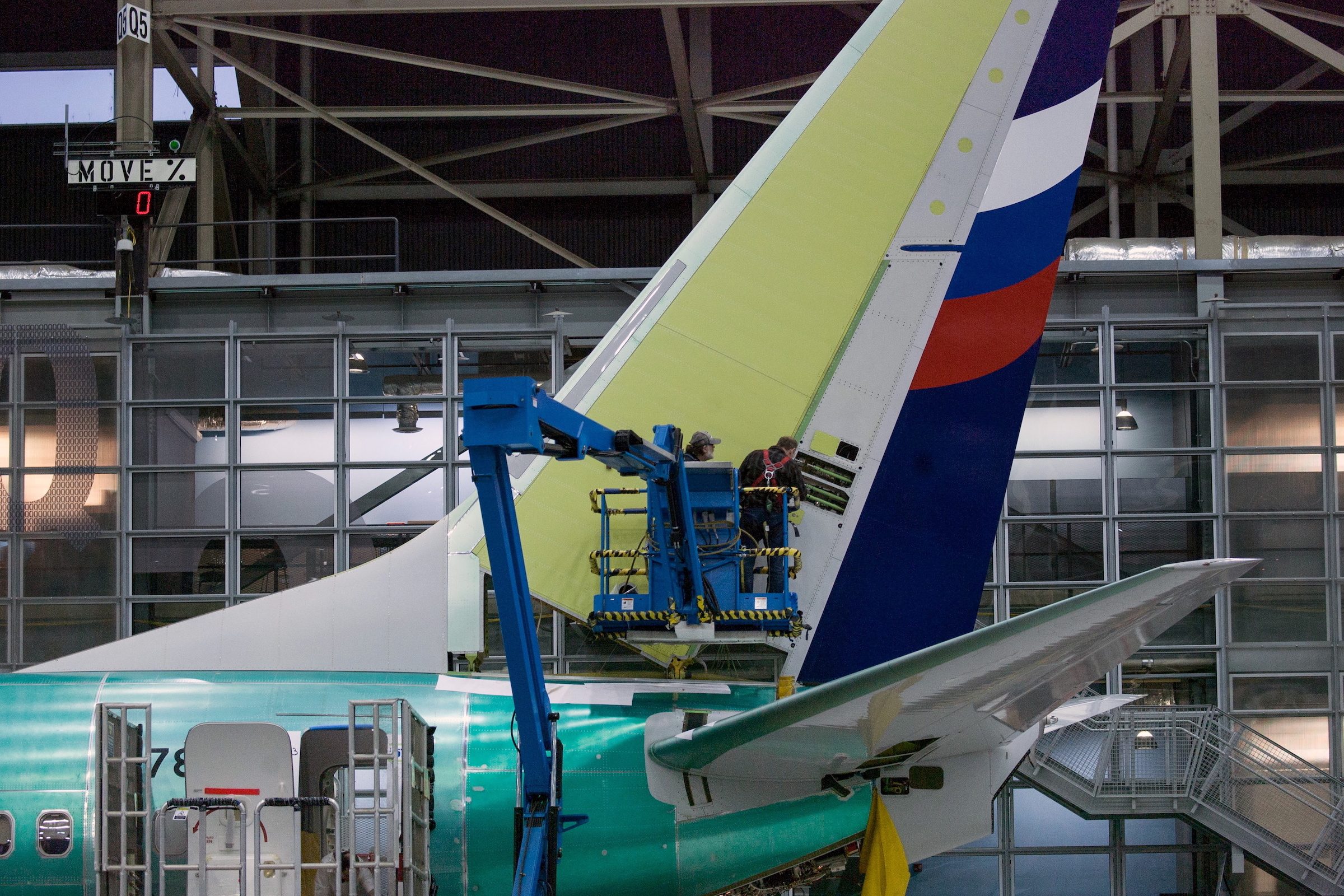 PRODUCTION. Boeing employees work on the tail of a Boeing 737 NG at the Boeing plant in Renton, Washington, December 7, 2015.

Boeing will pay $17 million in penalties under a Federal Aviation Administration settlement after it installed equipment on 759 Boeing 737 MAX and NG aircraft that contained sensors that were not approved, the FAA said on Thursday, May 27.

The FAA said the settlement separately covers the plane maker’s submission of 178 Boeing 737 MAX aircraft for airworthiness certification when the aircraft potentially had non-conforming slat tracks installed, and improperly marked those slat tracks.

Boeing has agreed to a number of corrective actions, including conducting safety risk-management analyses to determine “whether its supply-chain oversight processes are appropriate and whether the company is ready to safely increase the Boeing 737 production rate,” the agency said.

The company must strengthen procedures to ensure it does not install any aircraft parts that fail to conform to their approved design, the FAA said.

“Keeping the flying public safe is our primary responsibility. That is not negotiable, and the FAA will hold Boeing and the aviation industry accountable to keep our skies safe,” FAA Administrator Steve Dickson said.

Boeing said the “penalties stem from issues that were raised in 2019 and which we fully resolved in our production system and supply chain. We continue to devote time and resources to improving safety and quality performance across our operations.”

If Boeing does not complete corrective actions in a timely fashion, the FAA can levy up to $10.1 million in additional penalties.

In March 2020, the FAA proposed fining Boeing $19.7 million for allegedly installing equipment on hundreds of 737 aircraft containing sensors in heads-up displays that regulators had not approved for use.

There was no relationship between the two fatal 737 MAX crashes that grounded the plane for 20 months and the sensor issue, the FAA said in 2020.

In January 2020, the FAA proposed fining Boeing $5.4 million, alleging it failed to prevent the installation of nonconforming slat tracks on 737 MAX airplanes. – Rappler.com