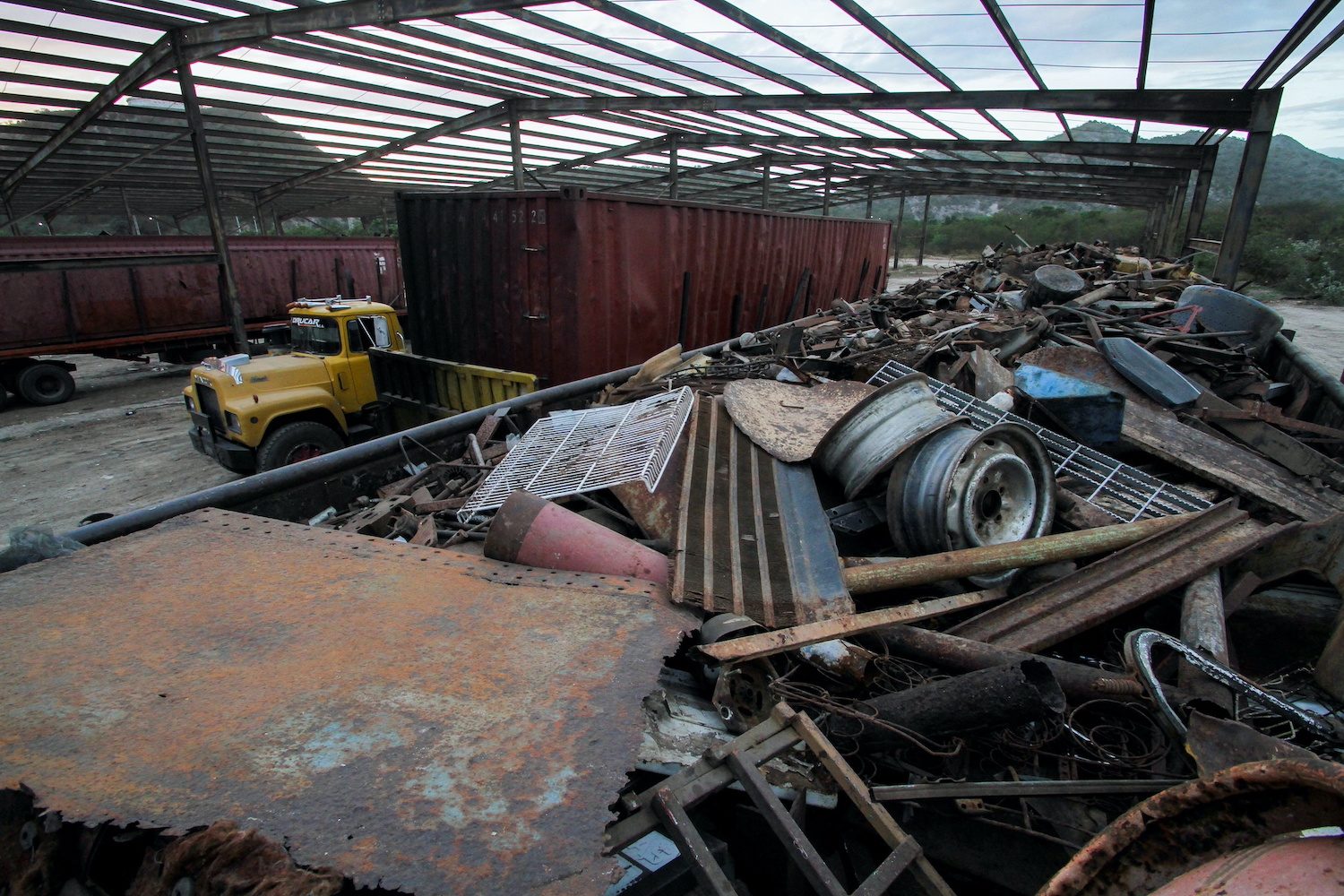 On the outskirts of the eastern Venezuelan port town of Guanta, hundreds of trucks line up everyday to unload tons of scrap metal, part of the government’s attempt to turn waste into a source of foreign currency.

The gathering and sale of scrap has been booming due to the financial needs of President Nicolas Maduro’s administration, crippled by low oil production as a result of years of underinvestment in the industry and obstacles to selling its most lucrative export due to US sanctions.

“Venezuela is going to get lighter, because they’re removing all the scrap,” said Douglas Lugo, a truck driver on the outskirts of Guanta who used to work in the oil industry before he started to transport scrap material. His truck was weighed down with iron waste such as sheet metal, car parts, and pieces of rusty doors.

Under pressure from Washington’s sanctions, Maduro’s government has been exploring a range of revenue options. Although scrap was sold abroad in very low quantities previously, private companies stepped up efforts to export it starting in mid-2020.

In 2021, Maduro designated scrap as “strategic”, clearing the way for any surplus to be exported, saying it was necessary to “turn it into foreign currency…to take advantage of every last resource that is out there.”

During eight years of economic chaos in Venezuela, state controls have increasingly slowed industries such as manufacturing and construction, while mismanagement and underinvestment have hurt the oil sector of the Organization of the Petroleum Exporting Countries member.

State-owned and private companies saddled with outdated plants, equipment, and machinery have found it increasingly tempting to sell them as scrap. While the state is behind some such activities, workers and others have also stolen equipment to sell at a profit, prosecutors say.

State-owned oil company PDVSA and other state companies have been among the sellers as new projects have stalled and machinery has aged, some 15 sources, including business people from various sectors, carriers, workers, and government officials, told Reuters.

The dismantling of equipment and its trade has not been confirmed by the authorities. The communication and production ministries did not respond to requests for comment.

Still, port records show that Venezuelan scrap is being exported to countries such as Turkey, India, and Taiwan.

Although state-owned Corporation Ezequiel Zamora manages much of the scrap at Venezuela’s ports, it has signed contracts or “partnerships” with private companies to export it, thus circumventing US sanctions barring Venezuelan state companies from trading abroad, according to a document and two sources.

The companies pay Zamora in foreign currency, in cash, then arrange to export the material, two sources interviewed told Reuters. Zamora did not respond to a request for comment.

About 25 companies have been officially authorized to transport and sell scrap metal, according to another document seen by Reuters.

For all of 2021, 45,500 tons of iron, steel, and copper scrap worth US$55 million was exported from two of the country’s main ports, according to figures from Import Genius, a consulting firm that gathers customs records, more than double the volume the previous year.

There are no numbers on the other ports. Bolipuertos, which manages the ports, did not respond to requests for comment.

Scrap metal sales “have increased considerably during the months when the COVID-19 pandemic was most severe, when state revenues were low,” local firm Ecoanalítica said in a report in February.

On the international market, depending on the type of material, the scrap which the local private companies buy for between US$80 and US$120 per ton can be sold for US$300 and US$700, two sources and two carriers told Reuters.

In northern Monagas, an oil zone in the east of the Andean nation, tanks and pipes are being dismantled, said a source in the oil sector and two workers who witnessed how these materials are cut up in warehouses.

“Nothing is being restored today, everything is for sale,” a source said on condition of anonymity out of fear of reprisal.

Equipment is being dismantled in other oil areas like Zulia and Anzoátegui, another industry source said. Neither source specified who within PDVSA is ordering such moves.

But with the scrap metal trade booming, some such sales constitute outright theft, according to reports from the police and the public prosecutor’s office.

Truckers who once worked for oil or coal companies told Reuters they have been increasingly drawn to haul scrap given that they can easily earn 10 times Venezuela’s monthly minimum wage of $30.

“Everyone is working with scrap metal. Before you didn’t see that,” said Antonio Astudillo, who used to transport food from Brazil to various Venezuelan states, and since December has been working in the transport of scrap metal to Guanta.

“You can make money to survive.” – Rappler.com