Cebu Pacific plane veers off NAIA runway; all aboard safe 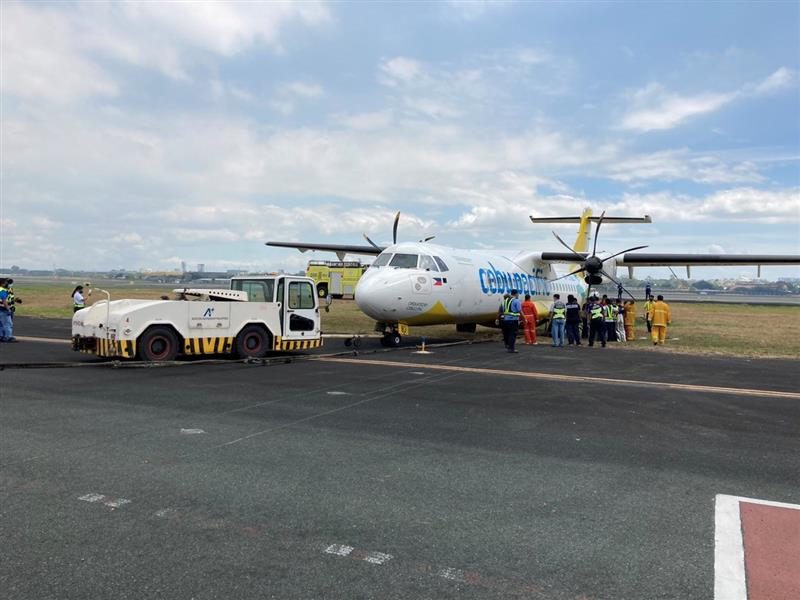 In a statement, Cebu Pacific said Flight DG6112 from Naga had a “runway excursion” at 11:45 am on Tuesday.

“All 42 passengers and four crew safely deplaned with no reported injuries. All the affected passengers have been assisted accordingly and have left the airport,” the Gokongwei-led airline said.

“We are working on normalizing our operations as soon as possible. We sincerely apologize for the inconvenience this has caused and we thank you for your kind understanding.”

The plane was towed shortly after 1 pm and the runway was reopened at 1:33 pm.

In a separate statement, flag carrier Philippine Airlines (PAL) said a number of its flights were put on hold because of the runway obstruction:

Some PAL flights were also diverted to the Clark International Airport in Pampanga because of the incident:

Runway 06/24, used by wide-body aircraft, was the runway affected by the incident. PAL said this is the reason why flights using bigger planes had to be diverted to Clark.

PAL also listed the following flights as delayed due to the congestion at Runway 13/31, which is being used by narrow-body aircraft: