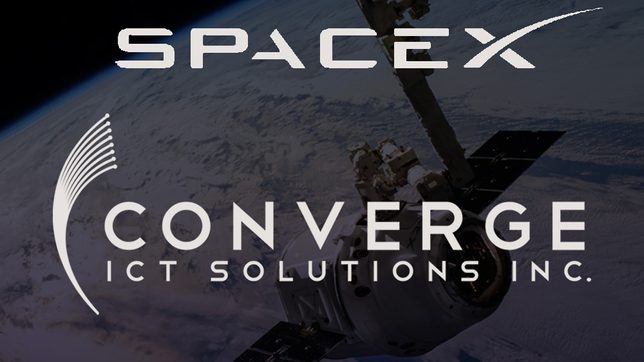 Facebook Twitter Copy URL
Copied
'For those that are not reachable by our network, this is the way,' says Converge CEO Dennis Anthony Uy

A partnership between Converge ICT Solutions and Elon Musk’s SpaceX may not happen in 2021, but it could be sealed “in a year or in a year and a half.”

In February, listed fiber broadband provider Converge was reported to be “in talks” with SpaceX for a potential broadband satellite venture for remote Philippine areas.

“We are really not yet close [to reaching] the agreement because I think they have priority in doing some [business] in the American areas, more in the Caribbean,” said Converge chief executive officer Dennis Anthony Uy in a briefing on Monday, May 17.

“In Southeast Asia, I think maybe in a year or in a year and a half,” he added.

“To be able to complement the whole segment of the market is very important. For those that are not reachable by our network, this is the way. We need to partner with new technology, which can deliver high-speed, low latency [connections],” said Uy.

On Monday, Converge reported its net income almost tripled to P1.55 billion during the first quarter of 2021, driven by strong subscriber growth.

Its subscribers grew to 1.18 million, almost twice the number of subscribers year-on-year.

As a result, revenues almost doubled to P5.5 billion versus the P3.02 billion in the same period in 2020.

The residential business continued to rake in revenues, growing more than double to P4.8 billion during the first quarter. Revenues for its enterprise business, meanwhile, inched up by 2.2% to P750 billion.

During the first quarter, Converge laid out 9,600 kilometers of fiber optic cables, reaching a total of 352 cities and municipalities.

Its fiber cables have also reached the shores of major Visayas and Mindanao cities, which would allow Converge to roll out its commercial services by the second half of 2021.