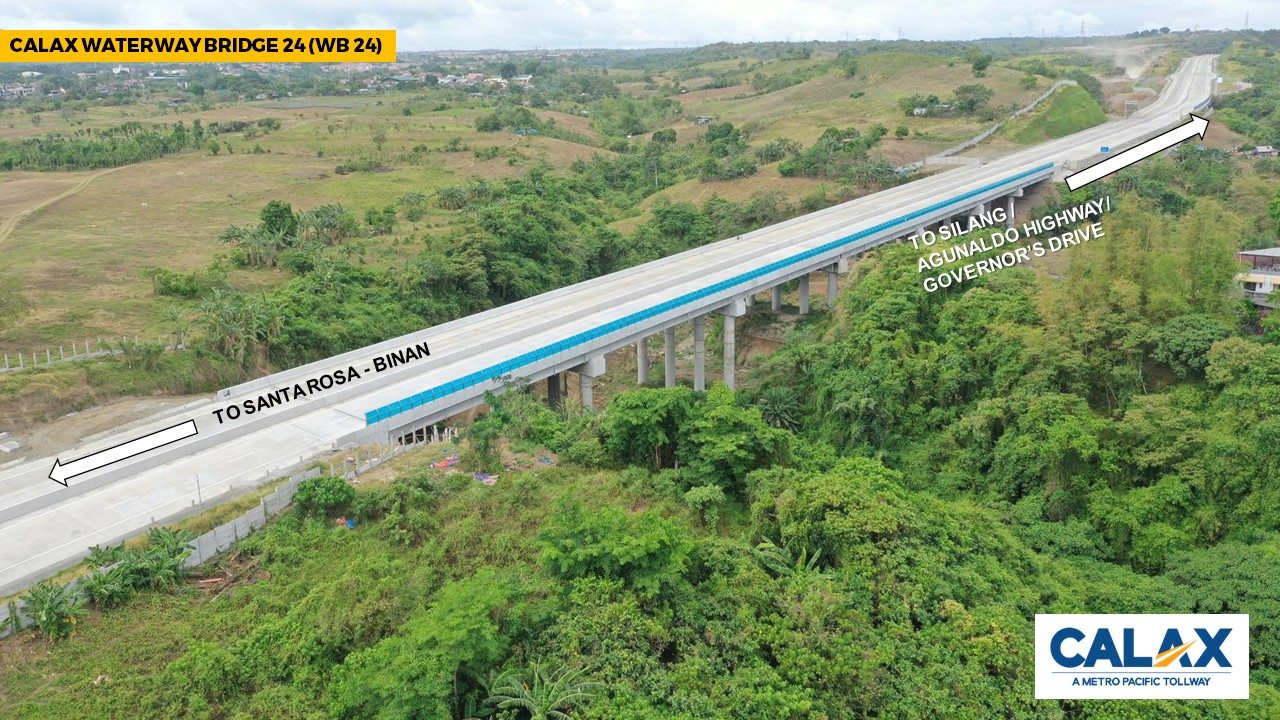 The completion of the entire 45-kilometer Cavite-Laguna Expressway (CALAX) has been pushed back to the first quarter of 2023 due to the pandemic.

At a virtual briefing with reporters, MPCALA Holdings president and general manager Roberto Bontia said the Cavite segment will be completed by the first quarter of 2023, if right-of-way (ROW) acquisition would be finalized by the end of June 2021.

ROW acquisition has been challenging, Bontia told reporters, as some courts had to be placed under lockdown due to infections.

Overall ROW acquisition for the Cavite segment is at 55.5%. Clearing, tree-cutting activities, and earthworks are currently in progress for Cavite subsections with completed ROW.

For the Laguna segment, Subsection (SS) 5 from the now-operational Santa Rosa-Tagaytay Road Interchange to the planned Silang East Interchange is 93% complete. It is slated to open in the third quarter of this year.

SS 5 is the next section in the already open toll road from Mamplasan to Santa Rosa.

The remaining Laguna subsection, SS 4, linking the planned Silang East to Silang interchanges, is eyed for completion in 2022.

Once completed, CALAX would have 8 interchanges and would stretch from Kawit, Cavite, to Mamplasan, Laguna. It would traverse Kawit, Imus City, Dasmariñas City, General Trias City, and Silang in Cavite, and Santa Rosa City and Biñan City in Laguna.

It will be linked to the Cavite Expressway in Kawit. – Rappler.com