Cuba to unify its 2 currencies 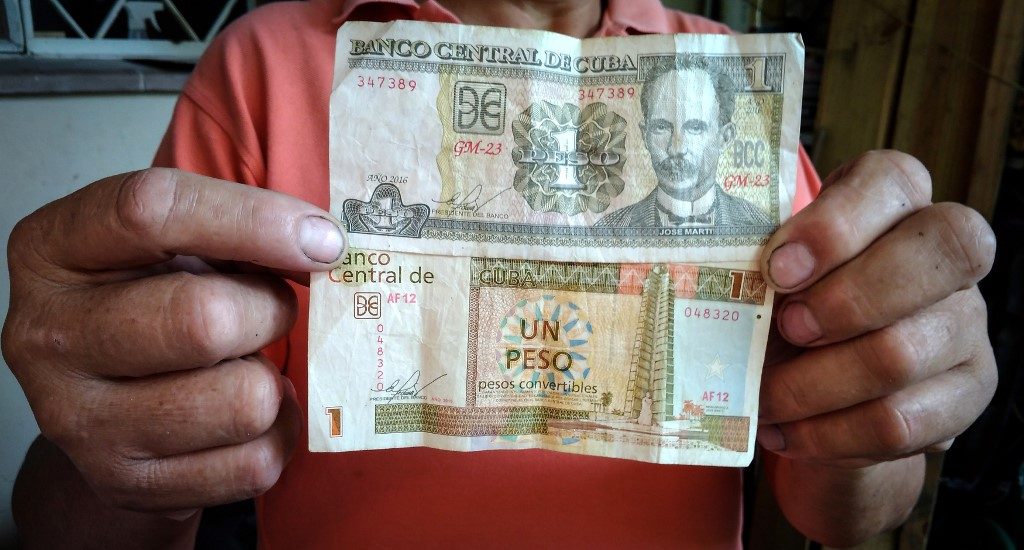 Cuba will unify its two currencies, the Cuban peso and convertible peso, as of January 1, ending a unique system that has existed for nearly 3 decades, President Miguel Diaz-Canel said Thursday, December 10.

“We consider the conditions met to announce the start of this reform beginning January 1, 2021, with a single exchange rate of 24 Cuban pesos for $1,” Diaz-Canel said on television, alongside Raul Castro, the country’s former president and Communist Party leader.

The reform, which had been announced years ago and repeatedly postponed, is intended to make the Cuban economy more accessible to foreign investors at a time when the coronavirus pandemic has cut off much-needed tourism dollars.

The move “will place the country in a better condition for needed transformations for updating our economic model,” he added, but warned it’s not “the magic solution to all problems.”

Diaz-Canel acknowledged currency reform was “one of the most complex tasks” facing the country, as it is buffeted by headwinds from a strengthening US embargo, the COVID-19 pandemic, and a global economic crisis.

The move, postponed for years as authorities waited for the best time to make the change, comes as the Cuban economy is expected to contract by 8% this year, according to the United Nations’ Economic Commission for Latin America.

Lacking foreign currency, the island has had to restrict its imports, aggravating shortages and queues in front of supermarkets.

“Indeed, this is not the best economic and political context, the economic conditions are very similar to those of the early 1990s, after the fall of the Soviet Union,” said Pavel Vidal, a Cuban economist at Javeriana University in Columbia.

“But it is for this very reason that it is necessary to advance more deeply and quickly with the reforms,” he said.

The reform will eliminate the convertible peso, or CUC, created in 1994 and linked to the dollar.

Only the Cuban peso, or CUP, will remain, which is worth 24 times less.

The currency reform comes after the island reintroduced the dollar in October 2019, with appliance and food stores which only accept that currency.

The value of the CUP could suffer against this strong currency.

Additionally, state enterprises, which represent 85% of the economy and receive a reduced rate of one CUP to the dollar, will see production costs rise, leading to price hikes.

But they will also be more encouraged to export, which was not the case before.

“The adjustment of the exchange rate, prices, and subsidies is fundamental to stimulate exports and decrease imports, increase the efficiency of national production, and close down inefficient state-owned enterprises,” said Vidal.

“We have to see how all this is done without unemployment and inflation exploding,” he added.

And it has warned that it wants to remove most subsidies, which are essential for state companies but also for Cubans. Eventually, it hopes ration books will disappear, with only a few subsidies being maintained.

“It is an interesting process, but it has not yet been clarified what the steps will be,” said economist Omar Everleny Perez, who considered the announced rate of 24 CUPs to the dollar “adequate.” – Rappler.com