Dito complains: Only 3 out of our 10 calls connect to Globe, Smart 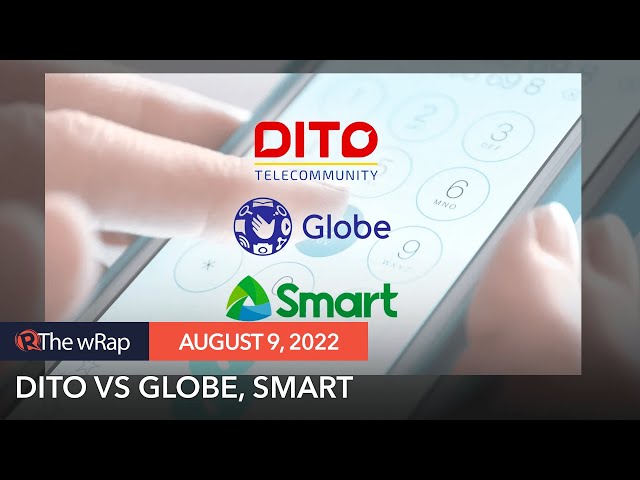 MANILA, Philippines – If you recently bought a Dito Telecommunity SIM, you could be having a tough time calling your friends or relatives who are Globe or Smart subscribers.

That’s according to Dito chief administrative officer Adel Tamano, who said that only 3 out of 10 calls made by Dito subscribers connect to Globe and Smart.

Dito blames both Globe and Smart for the interconnectivity problems, and filed a complaint before the Philippine Competition Commission (PCC) against the two telco giants.

“When our competitors do acts that are anticompetitive, that abuse their dominant position, we are constrained to seek redress and unfortunately, we have been constrained to file this case.”

Tamano declined to give the media copies of the 30-page complaint, but noted that they are invoking sections 15b and 15c of the Philippine Competition Act against Globe and Smart.

Specifically, Dito is accusing Globe and Smart of abusing their dominant position in the telco market and of preventing their competitors from growing within the market by behaving in an anticompetitive manner.

Tamano added that under the rules of the National Telecommunications Commission (NTC), the “grade of service” should be 1%, or only 1 out of 100 calls would fail.

“They (Globe and Smart) are able to interconnect, but when we call them, we are unable to do that and we have been trying fix this problem with them already for quite a while, for a number of months, almost one year, we have gone to the negotiating table,” Tamano said.

Under Republic Act No. 7925 or the Public Telecommunications Policy Act, interconnection agreements among telcos are compulsory.

In 2021, Dito, backed by Davao City-based tycoon Dennis Uy, already signed interconnection agreements with Smart and Globe. But Dito chief technology officer Rodolfo Santiago said their growing subscriber base of over 11 million needs a bigger allocation from the two networks.

(For the first interconnection, they provided a certain capacity. So for a specific number of Dito subscribers, it was okay, but starting August, September last year, our subscriber base grew. So according to the NTC grade of service, the capacity should increase as well. That did not happen.)

The deals allow networks to connect and exchange data. But they also come with a cost, and networks need to pay each other fees for routing calls and text traffic.

Dito executives declined to comment on how much the interconnection issue has cost the company. Tamano said they leave it to the PCC to impose fines on Globe and Smart, should the antitrust body find lapses.

In a statement, Globe chief sustainability and corporate communications officer Yoly Crisanto said they have yet to receive a copy of Dito’s complaint.

“Globe reiterates that it has always advocated for fair business practices and competing on a level playing field,” Crisanto said.

Smart has also yet to see the complaint.

“We are yet to receive a copy of the complaint, but we can assure the government and the public that PLDT and Smart have always supported and ensured fair competition in the telco industry,” Smart said.

While Dito is complaining about voice calls not being able to connect to other networks, the reality is that more consumers are using internet services and apps to talk to each other.

According to the latest financial statement of Globe, its mobile voice revenues dipped by 11% to P2.1 billion in the first quarter of 2022.

Globe’s mobile data revenues reached P20.8 billion in the first quarter, an increase of 8% from the same period a year ago.

Smart also gets bulk of its earnings from mobile data, accounting for P17.5 billion of revenues in the first quarter of 2022, around the same amount during the same period in 2021. Like Globe, Smart’s revenues from voice calls dipped by 22% to P3.7 billion.

Figures from Dito have yet to be made available to the public. – Rappler.com