Dito Telecommunity to roll out in Metro Manila ‘soon’ 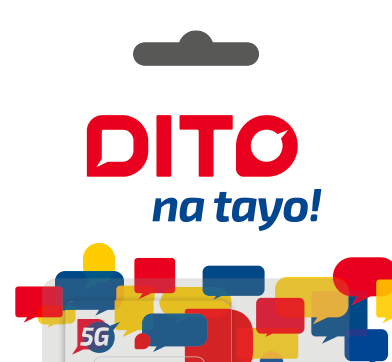 Facebook Twitter Copy URL
Copied
'I assure you where we launch, we are better, if not comparable with the incumbents,' says Dito chief technology officer Rodolfo Santiago

As third telco player Dito Telecommunity became available in select areas in the Visayas and Mindanao on Monday, March 8, it promised to launch in Metro Manila “soon.”

Dito chief administrative officer Adel Tamano did not specify when the rollout in the capital region would be, but he said it may happen “in a few weeks.”

“As a partner in nation building, we send the message to the people of the Philippines wherever they may be that Dito is more than just a telco,” said Dito chairman and chief executive officer Dennis Uy.

“We are here to serve and, in this manner, we want the entire country to know na dito na kami, dito na tayo, and magkikita-kita tayo diyan (we’re here, join us, and we’ll see each other there) very soon,” Uy added.

Dito launched in 10 Visayas areas and 5 Mindanao areas. Subscribers from the areas listed below can buy SIM cards online or at around “10 to 20 stores.”

Earlier, Dito executives said they target to be available nationwide by June.

On Monday, Dito said it will give out an initial 3,000 SIM cards to frontliners. Starting in Davao City, 300 frontliners in the Duterte bailiwick will get handsets and Dito SIM cards as part of the third telco’s corporate social responsibility initiative.

Dito reiterated on Monday that its services are no longer available for legacy networks 2G and 3G, and it will only work in 4G and 5G-ready phones.

For those interested to switch to Dito but don’t want to change their numbers, Dito chief technology officer Rodolfo Santiago said their system would be ready once the porting platform is already up by June. The National Telecommunications Commission earlier said that the public rollout for the platform will start on September 30.

Soon, the China-backed telco will also offer postpaid plans and broadband and enterprise services. Dito did not expound on the target timeline for these.

“Let competition run its course to see how the telco race will result in competitive pricing and raise the level of overall connectivity, quality, and coverage in the country,” said PCC Chairman Arsenio Balisacan.

The antitrust chief added that the launch also opens the door for “policymakers to consider other reforms such as the easing of foreign equity restrictions, push for open access and common towers, and prevention of exclusivity arrangements in last-mile internet service.”

Telco giants Globe and Smart don’t see Dito immediately competing head-on with them, given that the two are decades ahead in the industry.

PLDT chief revenue officer and Smart Communications president Al Panlilio said, “For them to compete really hard with us, they have to have a network that is really working on the ground.”

Dito surpassed the requirements of the government during its first technical audit. On average, its minimum average internet speed for 4G-LTE and 5G is at 85.9 megabits per second (Mbps) and 507.5 Mbps. Of course, this test was done before Dito went live commercially.

Santiago believes Dito’s mobile data services are already “close” to that of Globe and Smart.

“I assure you where we launch, we are better, if not comparable with the incumbents,” he said.