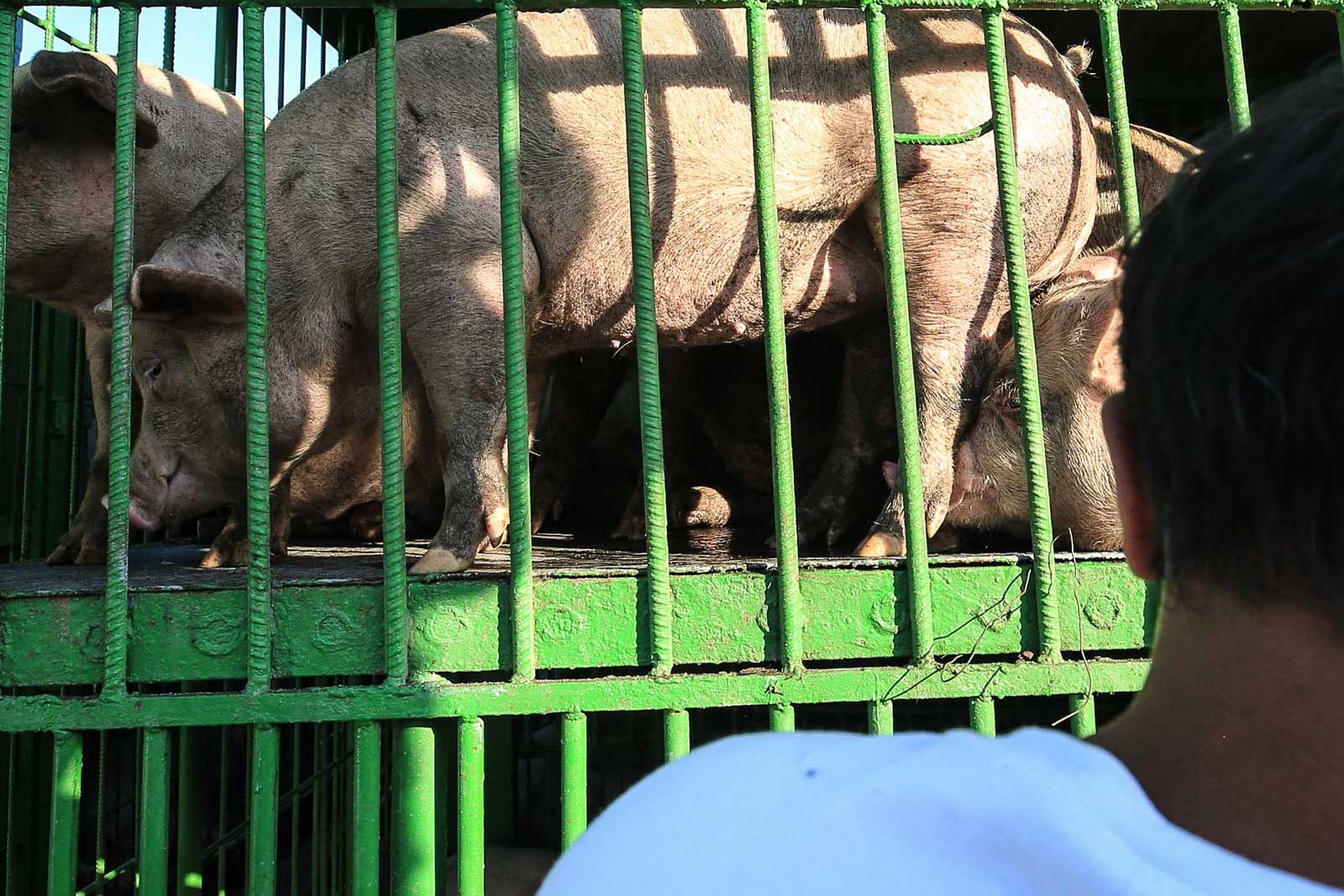 HOGS. A worker cleans the enclosure of pigs from South Cotabato on a barge docked in Tondo, Manila, on February 17, 2021.

Facebook Twitter Copy URL
Copied
The declaration allows the government to use appropriate funds, including the Quick Response Fund, to contain African swine fever, which has been in the country since 2019

President Rodrigo Duterte declared a state of calamity throughout the Philippines due to African swine fever (ASF), almost two years after the disease first hit the hog industry.

Malacañang announced details of Presidential Proclamation No. 1143 on Tuesday, May 11, which places the country under a state of calamity for a year, unless lifted or extended.

The declaration allows the national and local governments to use appropriate funds, including the Quick Response Fund, to contain ASF.

During this time, all government agencies and local government units will cooperate and mobilize resources to curtail the spread of ASF, as well as address the supply deficit in pork products.

The Armed Forces of the Philippines was also directed to “undertake all necessary measures to ensure peace and order in affected areas” during the effectivity of the proclamation.

Since ASF was first reported in September 2019, the disease has spread to 12 regions, 46 provinces, and 493 cities and municipalities in the country, with new cases continuously being reported despite government interventions.

ASF, which is not transmissible to humans, is responsible for the reduction of the country’s swine population by around 3 million hogs, resulting in more than P100 billion in losses and a spike in inflation amid the coronavirus pandemic.

In a separate order, Duterte also tweaked tariff rates and the minimum access volume (MAV) – the number of pork products allowed to enter the country with low taxes – after Cabinet members and senators clashed over the matter.

In a statement, Samahang Industriya ng Agrikultura (Sinag) welcomed the revision, noting that it would help the local hog industry.

“We thank the Senate for pushing for the declaration of the state of calamity and for working for the reduction of the MAV allocation on pork,” Sinag chairman Rosendo So said. – Rappler.com