INFRASTRUCTURE. The Binondo-Intramuros Bridge at night, as inspected by the Department of Public Works and Highways on April 3, 2022.

Facebook Twitter Copy URL
Copied
President Rodrigo Duterte inaugurates the second of two bridges funded through a Chinese grant, and thanks Beijing for being 'a partner in enhancing key infrastructure projects' in the Philippines

MANILA, Philippines – The new Binondo-Intramuros Bridge, built through a Chinese grant, was inaugurated on Tuesday, April 5.

President Rodrigo Duterte led the inauguration of the bridge, which connects the walled city of Intramuros to the Chinatown of Manila.

Manila Mayor Isko Moreno, one of the presidential candidates in the May 2022 elections, was also present at the ceremony.

In Duterte’s speech during the inauguration, he thanked China for being “a partner in enhancing key infrastructure projects” in the Philippines.

The Department of Public Works and Highways (DPWH) has yet to announce when the bridge will be opened to the public.

According to the DPWH, the Binondo-Intramuros Bridge can cater to around 30,000 motorists daily. It is seen as an alternative route to Jones Bridge. 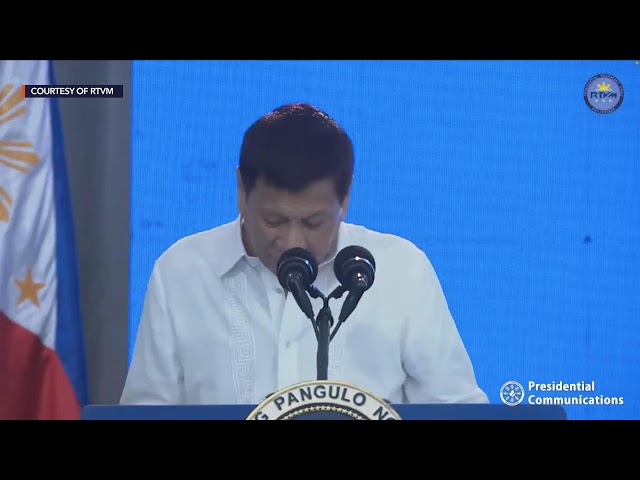 Based on an inspection of the project conducted on Monday, April 4, bike lanes on both sides of the bridge have yet to be completed.

The design of the arch bridge is eyed to be a “future landmark” in Manila and is supposed to be a symbol of “friendly” cooperation between the Philippines and China.

The Binondo-Intramuros Bridge is part of a P5.27-billion Chinese grant agreed upon during Duterte’s visit to China in 2017. The other bridge is Estrella-Pantaleon, which was completed in July 2021.

Both bridges were initially eyed to be constructed by 2020, but the pandemic happened. After that, the Binondo-Intramuros Bridge was slated to be finished by the end of 2021, but there were further delays.

The grant allowed China to conduct the survey, design, and construction of two bridges along the Pasig River, and hire Chinese blue-collar workers. – Rappler.com