What businessmen want to hear from Aquino’s final SONA 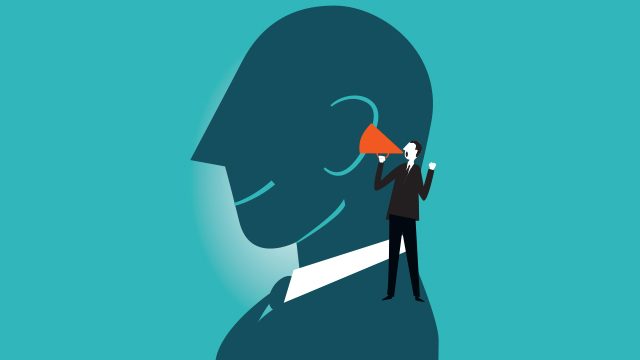 Facebook Twitter Copy URL
Copied
Business leaders weigh in on what they consider the biggest success and failure of the Aquino administration, with less than a year to go before a new leadership steps in

MANILA, Philippines — Local and foreign business groups listed down political and economic reforms they want President Benigno Aquino III to address in his farewell State of the Nation Address (SONA) on Monday, July 27.

With 11 months remaining in the Aquino administration, businessmen would like the Philippine president to revisit some of their “unaddressed” recommendations to boost the country’s image as a top investment destination.

Rather than hearing his past achievements, the business community would prefer Aquino to discuss his future plans to attract more foreign direct investments in his final SONA.

“We know quite a lot about what this administration has accomplished. It has started what will be a long journey to high middle income status for most Filipinos,” Henry Schumacher, executive vice-president of European Chamber of Commerce of the Philippines (ECCP), said in a mobile phone reply.

“What we would like to hear is what this administration will still accomplish as part of his legacy and hear recommendations for some major reforms that can be done by his successor, as this is his last SONA,” Schumacher added.

In a statement e-mailed by the Philippine Business Groups and the Joint Foreign Chambers (PBG-JFC), it listed down reforms that should be enacted and implemented by Aquino at the soonest time possible. The PBG-JFC urged the President to hasten the formation of a public-private energy council, creation of proposed Department of Information and Communications Technology (DICT), and establishment of the National Privacy Commission (NPC). These will improve the country’s competitiveness, generate more jobs and attract more FDIs, it said.

According to PBG-JFC, Aquino should also “immediately” fill in vacant posts in the Civil Service Commission, Department of Energy, and the Philippine National Police.

“These posts are crucial,” MBC Executive Director Peter Perfecto said in a mobile phone reply. “These should be immediately filled with qualified, credible and experienced public servants.”

The business community is also pushing for the formation of a public-private energy council composed of credible experts who will draft an energy security and price competitiveness roadmap.

“This is in response to the recent Luzon energy reserves gap, potential and actual shortages in Visayas and Mindanao, as well as to prepare for future power requirements,” the PBG-JFC statement read.

The formation of DICT, meanwhile, will “improve e-governance, raise broadband quality, strengthen cybersecurity, and make the Philippines more competitive,” according to the business community.

The PBG-JFC called for establishment of the National Privacy Commission, and the release of the implementing rules and regulations of the Data Privacy Act and the Cybercrime Prevention Act, noting that both had been enacted over a year ago.

The business community said it also wants to know the administration’s plans  for farmers’ and fisherfolk’s welfare, and revising the Foreign Investment Negative List (FINL).

“Given that agriculture employs a third of our workforce, we believe policies to raise the welfare of our farmers and fisherfolk should be paramount,” Schumacher said.

“This is to decrease the prices of agricultural products at the retail level for the consumers, while at the same time increasing the farm gate prices for the farmers,” he added.

To boost FDIs, local and foreign business groups said it is important to revise the FINL by reducing the Iist of industries where foreign participation is limited.

The groups also pushed for the passage of the Freedom of Information bill and the amendments to the Build-Operate-Transfer Law under Aquino’s watch. According to MBC’s Perfecto, Aquino succeeded in its good governance reform agenda, but failed in terms of handling the resignation of former Customs chief John Sevilla and boosting infrastructure through his administration’s public-private partnership (PPP) thrust.

“The greatest achievement of the Aquino administration so far is without doubt its good governance reform agenda,” Perfecto said.

“It has rekindled people’s hope for a corruption free government. Although there is still much more that has to be done, the seeds of a culture of integrity have been sown,” he added.

“The next administration will now have much firmer foundations to build on,” the business leader said.

On Aquino’s biggest failures, Perfecto said, “Probably the biggest disappointment is that the administration let go of Commissioner Sevilla.”

Another disappointment for MBC’s Perfecto is the “huge letdown in the PPP program.”

“During its day one, PPP program was touted to be the centerpiece of the infrastructure program. But Daang-Hari expressway and classroom building deals will probably be the only PPP programs that will be completed by the time the Aquino administration steps down,” he said.

In its statement, the PBG-JFC told the Office of the President that the business community continues to stand with the administration in its pursuit of tapping the potential of the Philippines as a top investment destination.

“We fully commit ourselves to work closely with your government at this vital time in the nation’s history,” the business groups said. — Rappler.com