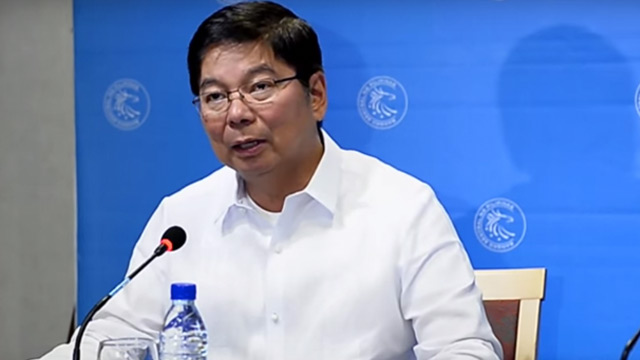 The BSP chief added that the reserve requirement ratios for banks were maintained.

“In deciding to keep the BSP’s monetary policy settings unchanged, the Monetary Board observed that the recent benign inflation outturns have been a result of favorable supply-side conditions, which are seen as largely transitory,” Tetangco added.

Analysts were expecting the BSP’s Monetary Board to cut the reserve requirement ratio for banks, currently pegged at 20% to release more liquidity into the system.

Nicholas Antonio Mapa, Bank of the Philippine Islands market research and strategy officer said the BSP kept monetary policy untouched as domestic demand remains firm, although inflation is seen to fall below its target for the year.

“Despite slowing inflation, BSP sees inflation reverting to within target by 2016. This will help afford the domestic economy enough stimulus to carry on consumption driven growth and at the same time safeguard us from the potential fallout from the financial upheaval set to hit markets once the Fed (US Federal Reserve) hikes rates, projected in September,” Mapa said.

“Given firm domestic demand, the BSP judged that the Philippine economy did not require additional stimulus from monetary policy and opted against easing,” Mapa told Rappler via email.

Injecting stimulus to already vibrant domestic demand may engender inflationary pressures down the road once supply side shocks (cheap oil and rice) dissipate.

BSP refrained from hiking given that Tetangco implemented in 2014 pre-emptive measures in anticipation of the US Federal Reserve lift off and these haven’t been unwound, leaving the Philippines in a good position, Mapa added.

He added that BSP opted to stay neutral as it carefully assesses the effects of the recent  financial tantrum in the wake of the surprise China yuan devaluation.

“The BSP may opt to unveil a number of macroprudential measures, possibly in key sectors like real estate to mitigate the chances of financial bubbles,” Mapa said.

Inflation is projected to rise gradually and stabilize within the lower half of the inflation target, Tetangco said.

Inflation eased to a new record low of 0.8% in July from 1.2% in June, bringing average inflation to 1.9% in the first 7 months of the year on the back of easing food prices.

BSP sees inflation averaging between 2% and 4% this year.

For his part, BSP Deputy Governor Diwa Guinigundo said monetary authorities slashed its inflation forecast to 1.8% instead of 2.1% this year and retained next year’s projection at 2.5%.

“Food prices are down and other commodity prices are also down, particularly oil. In fact the assumption of oil is a lot lower compared to what we assumed in the last meeting of the Monetary Board,” he said.

He said the sound macroeconomic fundamentals support the current monetary policy stance of the BSP.

“While inflation continues to be benign for most of 2015, at least for the first 7 months of the year, there seems to be no reason for additional monetary support in terms of either reducing the policy rates or the SDA rate, or perhaps reducing the reserve requirement by so much,” Guinigundo explained.

The country’s gross domestic product (GDP) growth slowed down to 5.2% in the first quarter of the year from 5.6% in the same quarter last year due to the lack of government spending and weak government demand.

“The economy remains strong even at 5. 2%, I think this is higher compared to the historical figure of 5%,” Guinigundo said.

Government economic managers have set a GDP growth target of between 7% and 8% this year.

But the modest rise in food and commodity prices, as well as slower global economic activity could pose downside risks to inflation.

“At the same time, the Monetary Board noted that recent developments on the global front require careful monitoring, as they could pose threats to financial stability,” Tetangco said.

“The BSP will continue to keep a watchful eye on domestic and external conditions to ensure that the monetary policy stance stays in line with maintaining price and financial stability,” he said. – with reports from Chris Schnabel/Rappler.com